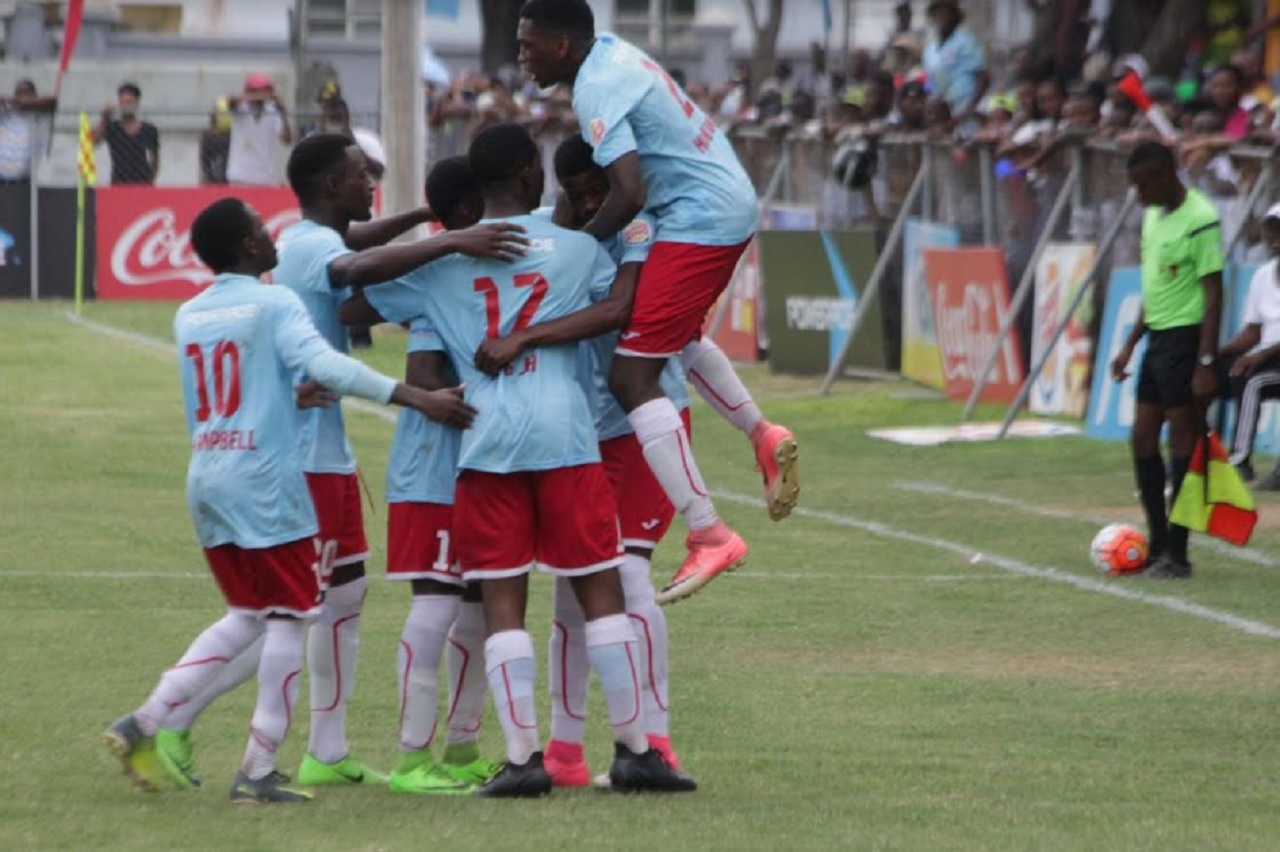 Players from St George's College celebrate their late goal against St Catherine High in a Group G game of the ISSA/FLOW Manning Cup football competition at Caymanas on Tuesday.

A goal by substitute K'Marley Robinson in the 85th minute, handed St George's College the the match and carried them to maximum nine points from three games with St Catherine High remaining on four points from three matches and fourth in the group.

The first half was a fairly even affair, with St Catherine matching their more fancied opponents, in all the areas.

The best effort of the half, however, went to Chantomoi Taylor of St George's College whose shot from just inside the 18-yard box, after a build up, beat St Catherine High's goalkeeper Raheem Henry and rocketed back into play off the crossbar.

The second period was similar, with both teams failing to distinguish themselves.

St Catherine High's Paul Planter, however, should have given his team the lead,midway the half, when he freed himself of his marker inside the six-yard box, but from an angle on the left, he fired straight at goalkeeper Nathaniel Campbell.

St George's College eventually took the lead when, for the third time substitute Jamal Pusey beat his marker down the left flank and fired powerfully at goalkeeper Henry, from inside the 18-yard box.

Henry spilled the ball into the path of Robinson, who tapped into an unprotected goal.

The win carried Hydel to maximum nine points from three games and a three-point lead atop the group. The defeat crashed the perfect win record of Camperdown. They remained on six points, but dropped to third place in the group.

Holy Trinity also defended their perfect win record by scoring a 5-1 victory at Clan Carthy to move to maximum nine points from three games in Group F. They are three points ahead of second place St Jago who blanked Jose Marti 2-0.