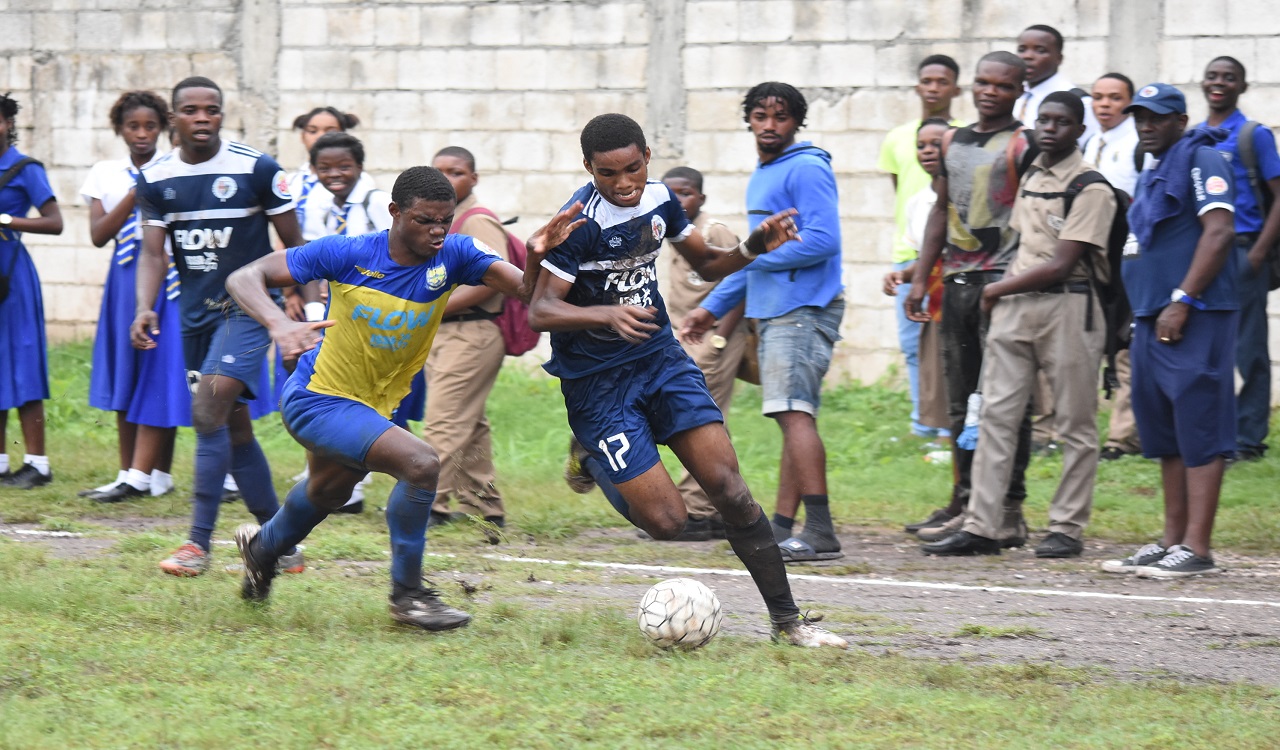 Title favourites Kingston College (KC) and the ordinary looking defending champions Jamaica College (JC) will be in action as the second round of the 2017 ISSA/FLOW Manning Cup begins on Saturday, despite a number of preliminary round outstanding games.

The final automatic qualifying spot for the second round and the two best third-place qualifiers are yet to be decided.

Three teams are in contention for the two best third-place qualifying spots.

Those schools are Haile Selassie from Group A with 14 points and two outstanding games; Bridgeport High (Group B) and Eltham High (Group G), who both have completed their schedules with 19 points.

The rain-plagued season has two groups yet to be completed and two of those preliminary matches will also be played on Saturday.

The second round matches will get the greater attention with five matches at three venues. This season there has been a change in format for the second round.

For the second round, which is now a knockout phrase - teams were seeded based on their placings in the preliminary round. Points were awarded to teams to determine the seedings.

Organisers of the competition, the Inter-Secondary Schools Sports Association (ISSA)  had sent out a second-round fixture on Friday with a second match at Prison Oval that would have seen St Catherine High tackling Hydel High at 1:00 pm. But competition’s director George Forbes said that game will not be played.

Over at the Stadium East field, KC should receive one of their sternest tests to date, from a revitalised Tivoli Gardens High, who  have progressed to this stage of the competition for the first time in many years.

KC, on the prowl to add to their 14 titles and their first since 1986, easily brushed aside all in Group E of the preliminary round, with only one blemish in their 10 matches, which is a 0-0 draw at Excelsior High in their return-leg clash having won the first-leg 3-1 at home.

KC were the first to qualify for the second round. However, that group was weak and this round should see if the North Street-based school deserve to be tagged as the team to beat for the championship.

Tivoli Gardens High, on the other hand, finished second to Wolmer’s Boys in Group A of the preliminary round and will be looking to hurdle their opponents and advance deeper into the competition, as they seek to add to their two titles won in 1976 and 1999.

In the preliminary round, KC scored the most goals, having found the back of the net 57 times, while conceding five, as Tivoli also conceded five times but scored 21 times

The second match at Stadium East should be a humdinger, with the stubborn Charlie Smith, seeking add more misery to JC.

JC have won the title four years straight, which helped them to 28 overall and the institution that has won the most.

They, however, seem vulnerable this year, struggling to get past Mona High and Papine High in the preliminary round, although they kept doing enough to win their matches. They finished Group B in second position, with STATHS ending first.