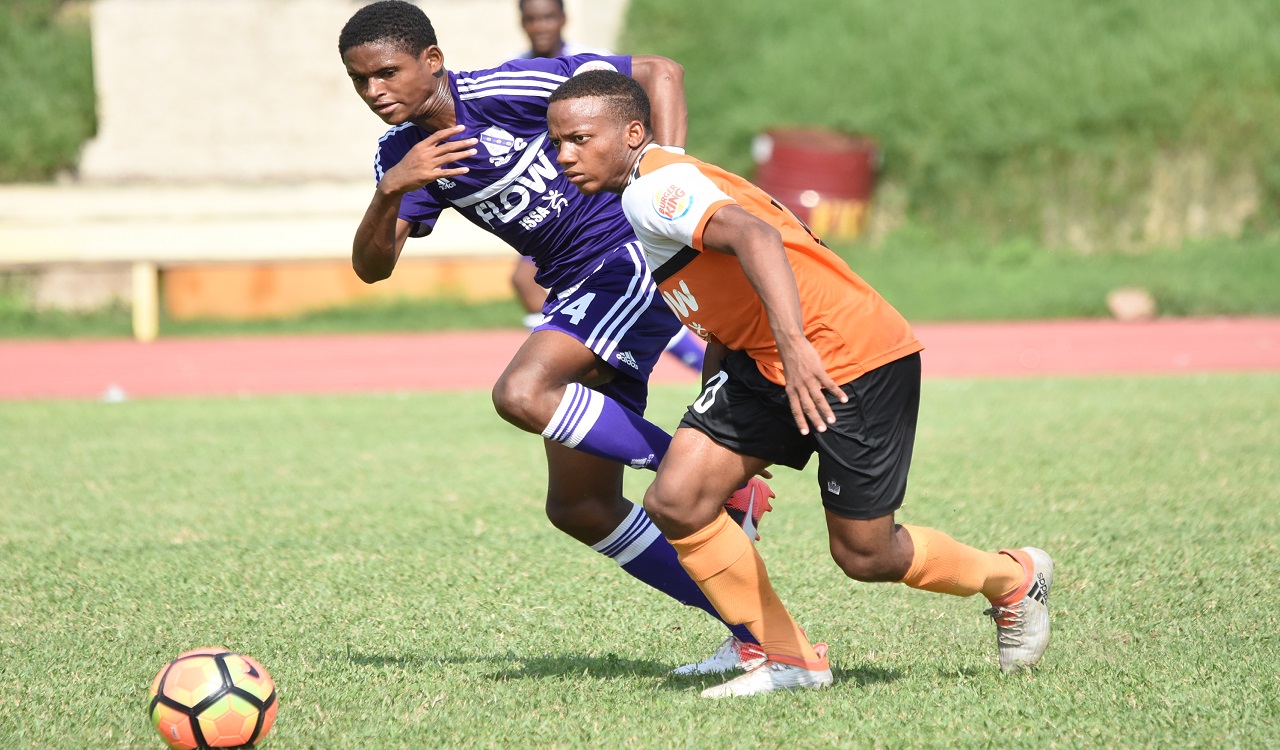 Tray Bennett (left) of Kingston College (KC) and Wyan Nelson of Tivoli Gardens High race for ball possession during their second round first-leg encounter of the ISSA/FLOW Manning Cup at the Stadium East field on Saturday. KC won 4-1.

Title favourites Kingston College (KC) continued their good form in the 2017 ISSA/FLOW Manning Cup football competition by scoring a 4-1 victory over Tivoli Gardens High on Saturday in their first-leg encounter of the second round, at the Stadium East field.

The second round started on Saturday with a change in the format.

For the second round, which is now a knockout phrase - teams were seeded based on their placings in the preliminary round. Points were awarded to teams to determine the seedings.

KC entered the second round seeded third, while Tivoli Gardens High were ranked at 14.

Goals by Renato Campbell in the fourth minute, Omar Thompson in the 13th, Treyvon Reid in the 63 and Rashawn MacKinson in the 72nd gave the 14-time winners, KC a comfortable cushion to carry into the second-leg. Tivoli's goal was scored by David Rogers in the 26th minute. 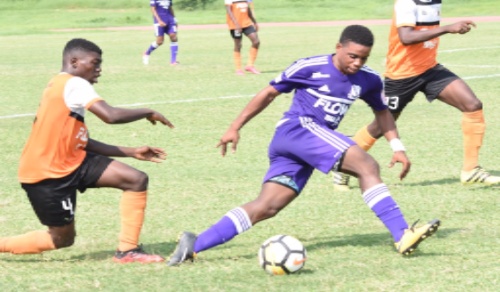 The flowing pattern that KC played with during the preliminary round of the competition, was restricted by Tivoli Gardens High in the first half and at times, looked competitive during that period.

KC had taken a fourth minute lead through a tap in by Thompson and wwent further ahead from the penalty spot by Campbell.

Tivoli fought back to cut the deficit, when Rogers scored from a free kick that took a deflection to lodge into the back of the net.

KC looked better in the second half and exerted some pressure on their opponents and could have won by a wider margin had they converted some of the simple chances they got.

Reid scored from a dribble inside the area on the left, with his shot being turned into the net by a defender, in an effort to clear.

The scoring was completed when MacKinson converted from a build up that he tapped into the net.