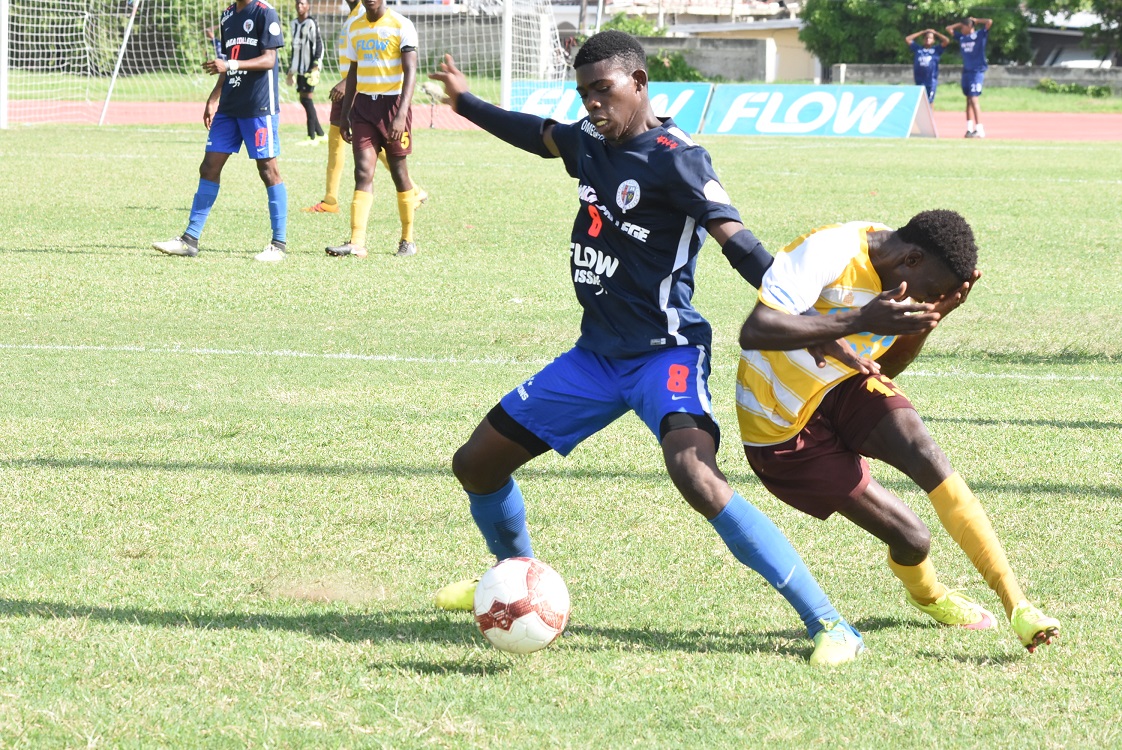 Tevin Rochester of Jamaica College (left) takes control of possession from Jomo Young of Charlie Smith during their second round return-leg tie of the ISSA/FLOW Manning Cup competition at Stadium East on Wednesday.

Defending champions Jamaica College (JC)  scored a 3-0 victory over Charlie Smith Comprehensive in their second round  return-leg tie on Wednesday, to progress to the quarter-finals of the ISSA/FLOW Manning Cup football competition.

A brace from Shaniel Thomas in the fourth and 11th minutes and a single strike from Norman Campbell in the 24th, carried JC home. They won the tie 5-2 on aggregate after the first-leg had ended in a 2-2 on Saturday.

JC got an early goal when Thomas fired a ball into the roof of the net, after a good build up.

Charlie Smith hardly had time to settle before JC scored again. From another build up, Thomas shot low to beat goalkeeper Tuishane Edwards.

JC maintained their dominance, before Campbell from another build up, rush in, to slam the ball into the net from the goal line.

Charlie Smith had the better of play in the second half but failed to make it count.