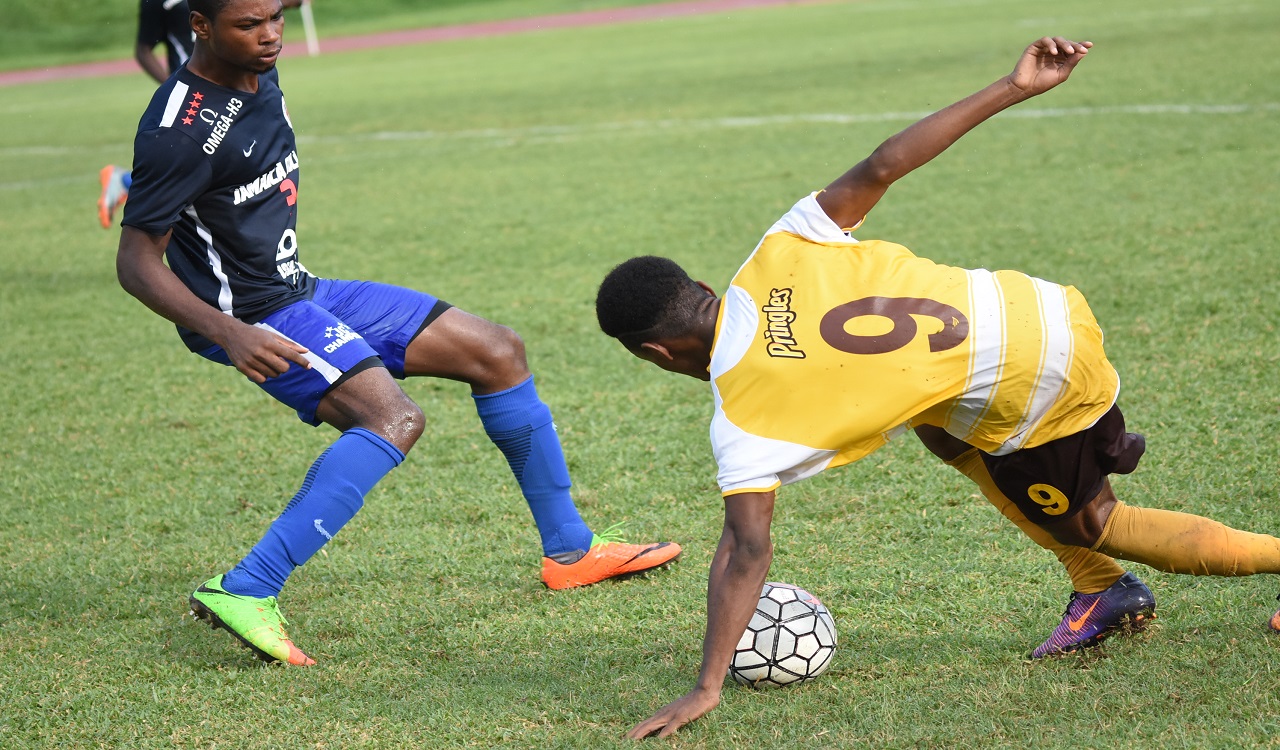 Defending champions Jamaica College (JC) fought back from a two-goal deficit to earn a 2-2 draw with Charlie Smith High in their second round first-leg fixture of the 2017 ISSA/FLOW Manning Cup competition on Saturday.

The match was the second game of a double-header at the Stadium East field. In the first game title favourites Kingston College started their second round campaign with a 4-1 first-leg victory over Tivoli Gardens High.

There is a change in format to the second round

For the second round, which is now a knockout phrase - teams are seeded based on their placings in the preliminary round. Points were awarded to teams to determine the seedings.

First-half goals by Tyrick Reid in the 25th minute and Wendell Reynolds in the 43rd, gave the 12th seed Charlie Smith the lead at the break, but the fifth seed JC responded in the second half through goals from Shaniel Thomas in the 48th and Norman Campbell in the 66th.

JC, the four-time defending champions, had the better position of the ball throughout the match.

Charlie Smith were restricted to breaks, but looked threatening each time, causing anxiety in the JC defence.

It was from one of those breaks that Charlie Smith took the lead, with Reid firing wide to the left of goalkeeper Derland Thomas.

JC continued to press with Tevin Rochester having goalkeeper Tuishane Edwards pulling off a save from a header, before Tyreek Magee fired tamely at him from inside the 18-yard box, which the custodian collected on the second attempt.

Immediately after Magee's opportunity, Charlie Smith increased their lead from the break, with Reynolds scoring.

JC's revival began at the start of the second half, with Thomas header falling just under the crossbar after goalkeeper Edwards, spilled a cross unto his head.

They continued to press and found the equaliser through a quick buildup that had Campbell dismissing his markers from the right, to dribble inside the area, to fire past goalkeeper Edwards.

Apart from KC, which started the second round with victory, only one other team achieved this as Calabar High blanked Excelsior High 2-0 in the second game of a double-header at the Constant Spring field. Camperdown High and St Andrew Technical High School had earlier battled to a 1-1 draw