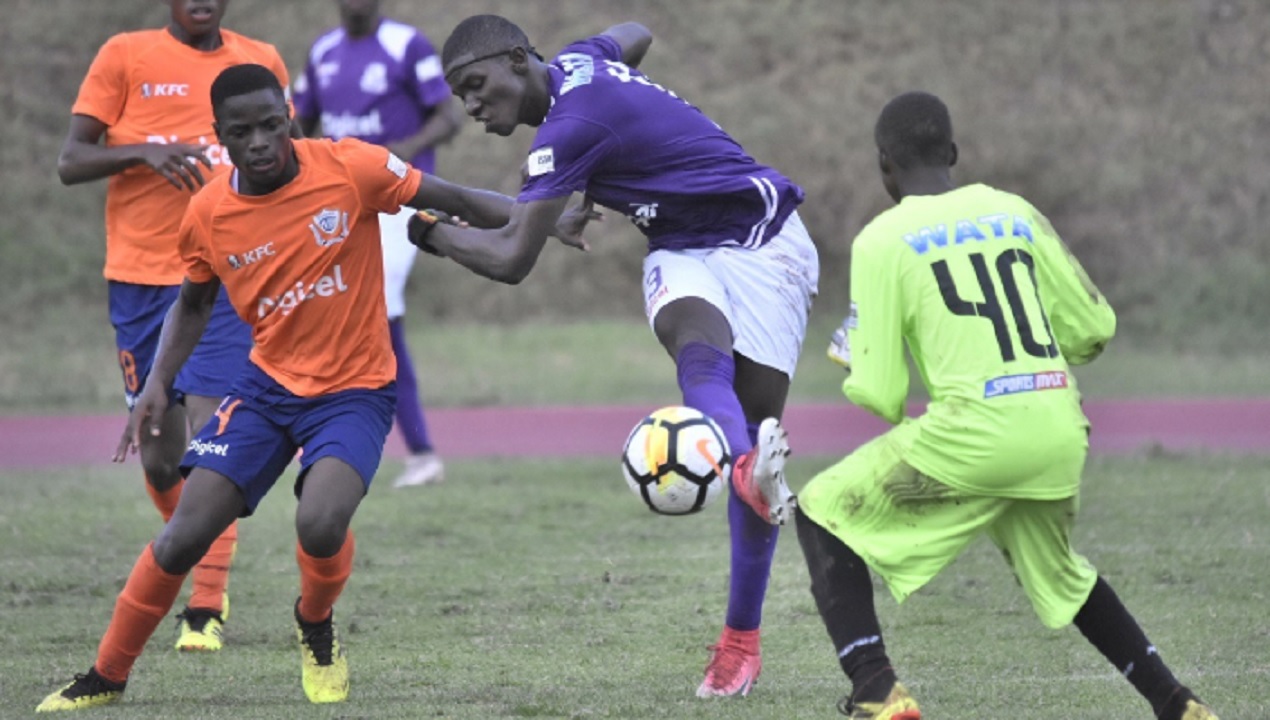 The semi-final matchups for both the ISSA Digicel Manning Cup and Wata daCosta Cup were confirmed on Tuesday following the final round of quarter-final matches in both competitions.

The day truly belonged to Kingston College's (KC) Ugandan student Ari Rodgers who scored a brace to lead the 14-time Manning Cup champions to a 2-0 victory over Camperdown High at Spanish Town Prison Oval in their Group H fixture.

KC entered the day needing a victory to qualify for the last four following a 0-0 draw against St George's College on October 24 at the Stadium East field and a 1-1 draw against Charlie Smith High at Calabar High School on October 27.

Rodgers scored his first goal in the 44th minute and returned for his second in the 72nd minute.

As a result of the victory, KC finished atop the four-team table courtesy of goal difference over their North Street neighbours St George's College, which stopped Charlie Smith 2-1 at the Stadium East field. Both teams ended with five points.

JC topped Group G after a 2-1 victory over Holy Trinity High at Calabar High, while STATHS and Wolmer's Boys battled to a 1-1 draw at St George's College.

In the semi-finals, KC and STATHS will face off at this stage for the second year in a row, while JC will meet St George's College.

JC put Wolmer's on brink of elimination from Manning Cup