Mane voted African player of the year for the first time 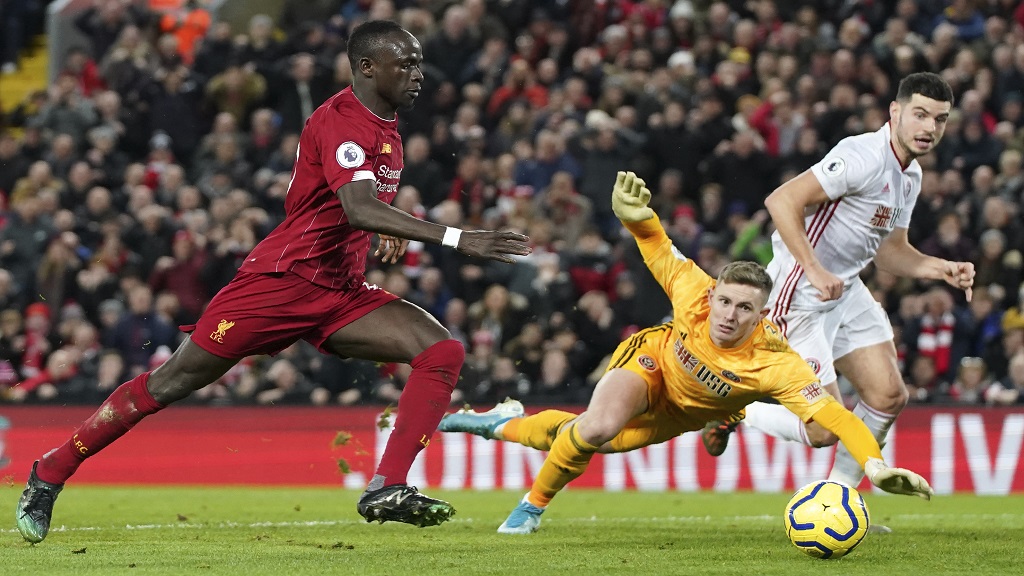 Sadio Mane has beaten Liverpool team-mate Mohamed Salah and Manchester City's Riyad Mahrez to the CAF African Player of the Year award for 2019.

Mane was a standout player as Liverpool went all the way in the 2018-19 Champions League, while he has also enjoyed a strong start to the 2019-20 Premier League campaign.

The Senegal international placed in the top three in each of the previous three years, finishing runner-up to Salah in 2017 and 2018, and third in 2016, when Mahrez came first.

But this time Mane claimed the prize, ahead of Liverpool team-mate Salah and Mahrez, who won a domestic treble with City and captained Algeria to glory at the 2019 Africa Cup of Nations.

It is the first time since 2002 that a Senegalese player has claimed the award, with El Hadji Diouf winning it shortly after switching Lens for Liverpool.

In 36 Premier League outings in 2019, Mane scored 24 times and got six assists to leave Salah (18 goals and five assists from 34 matches) and Mahrez (seven goals and seven assists from 24 games) trailing in his wake.

Pierre-Emerick Aubameyang was selected to lead the line, with Hakim Ziyech and Idrissa Gueye chosen in midfield, while Andre Onana takes the place in goal.

Kalidou Koulibaly, Joel Matip, Serge Aurier and Achraf Hakimi – who won the Young Player of the Year award – were the back four and Algeria's Djamel Belmadi was crowned Men's African Coach of the Year.

Klopp plays down Mane outburst in Liverpool win at Burnley