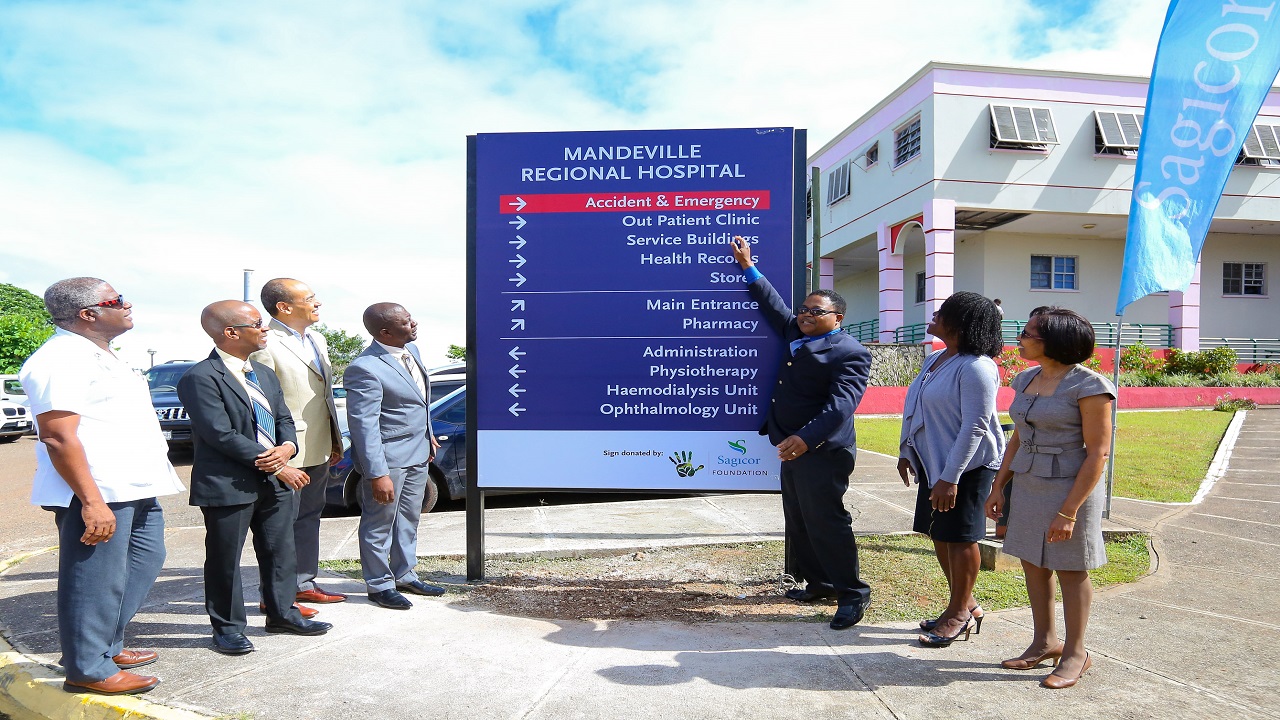 The presentation was made on the hospital’s compound and saw over $8 million worth of medical equipment handed over to the healthcare facility.

Mandeville Regional Hospital was selected as one of three 2017 Sagicor Sigma Corporate Run beneficiaries. The medical equipment was procured from the $50.5 million raised at this year’s staging of the annual 5K race.

Mandeville Regional Hospital was the second of three handover overs to date for the Sigma Run 2017 beneficiaries. The Special Care/Neonatal Unit at Spanish Town Hospital received their donation at a handover two weeks ago and The Bethlehem Home for Abandoned Children is schedule to occur in the next upcoming weeks. 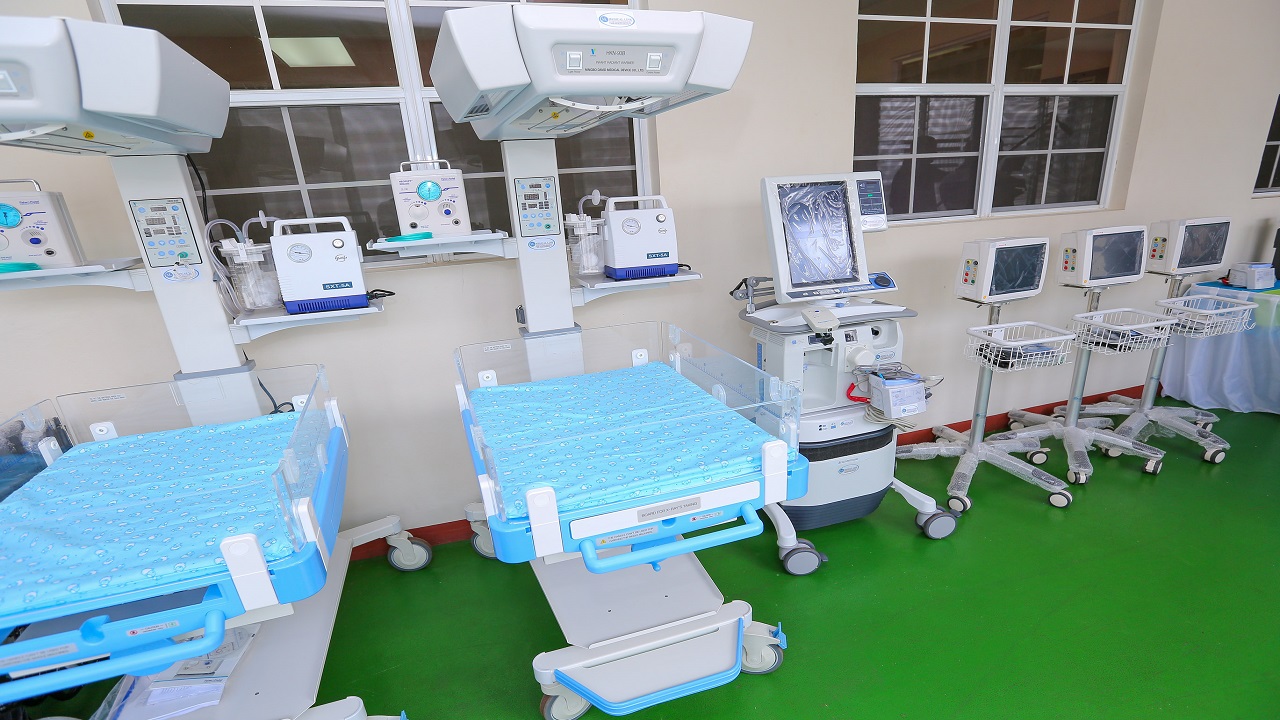 During the even Alwyn Miller, Chief Executive Officer, Mandeville Regional Hospital extended a warm welcome to guests who attended the handover.  Wayne Chen, Chairman, Southern Regional Health Authority (SRHA) was also on hand to bring greetings on behalf of the organization. He commended Sagicor Group Jamaica for their dedication to corporate social responsibility particularly through their work on the Sagicor Sigma Corporate Run.

In his remarks, on behalf of the Sagicor Group Jamaica, Executive Vice President, Employee Benefits and Actuary, Willard Brown, acknowledged the daily challenges faced by the country’s hospitals to serve its patients and commended them on their incredible work.  He went on to add, “With the donation of the new equipment, we know that your team will make good use of each item that we were able to procure and that it will go a long way to help you care for your patients.“

In making reference to the foundation’s mandate of ‘caring inspiring and serving,’ he reconfirmed Sagicor’s commitment to continuing to improve the lives in communities that they serve. On behalf of company, Brown also thanked the corporate teams and individuals from across the island for their support of the annual event. 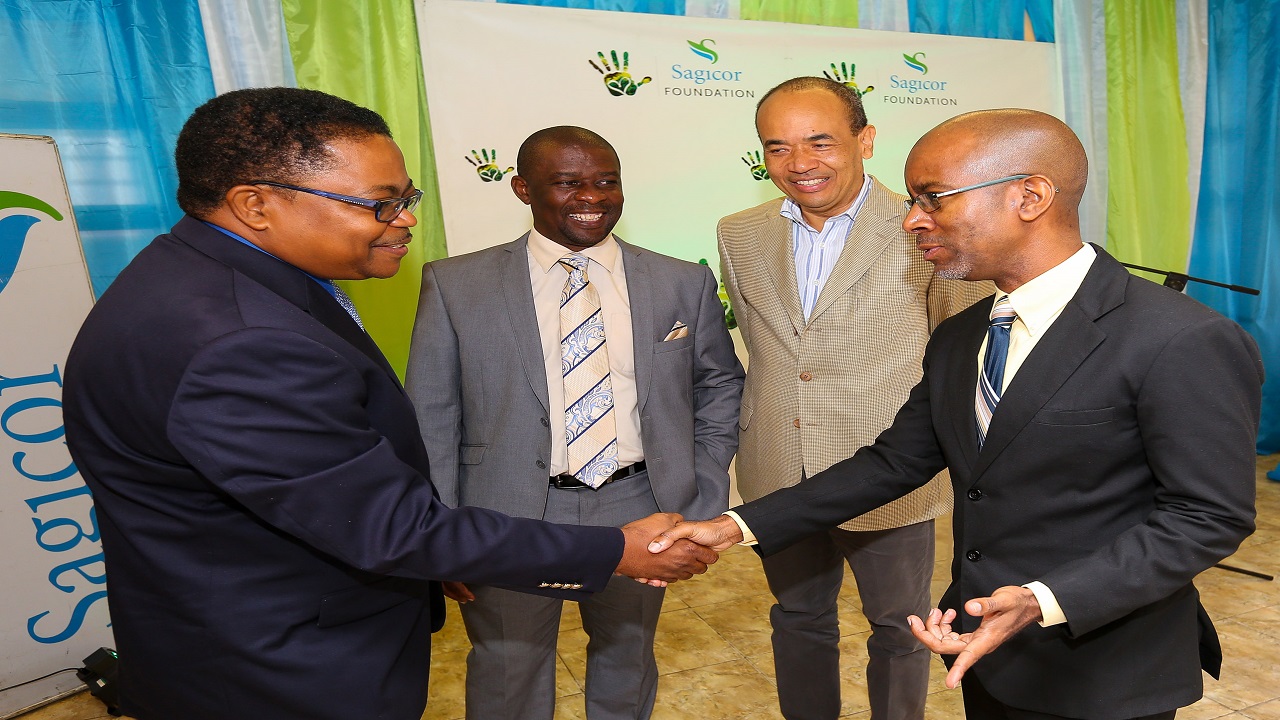 The Mandeville Regional Hospital received several pieces of medical equipment, to include: two patient monitors with mobile stands, one radiant warmer, one blood gas analyzer, one resuscitator with accessories, one suction machine, one Ventilator, two humidifiers for ventilators.

In addition to equipment, Sagicor Foundation gifted the hospital with new directional signage for the compound as well as a mural for the Neonatal Unit.  Food for the Poor also came on board to donate 15 new wheelchairs to the hospital.

Dr. Mauleen Tate-Thompson, Head of Paediatrics Department provided a very moving beneficiary response on behalf of the hospital to the Sagicor Foundation. She shared that the Neonatal Unit at the Hospital received its first ventilator machine in the equipment donated.

The Sagicor Sigma Corporate Run will celebrate its 20th anniversary next year. The annual road race event is staged to increase awareness of institutions that care for children whilst raising much needed funds to assist their programmes. The Sigma Run was designed to help, support and strengthen healthcare in keeping with Sagicor's mandate to improve the lives of persons in the communities which it operates.