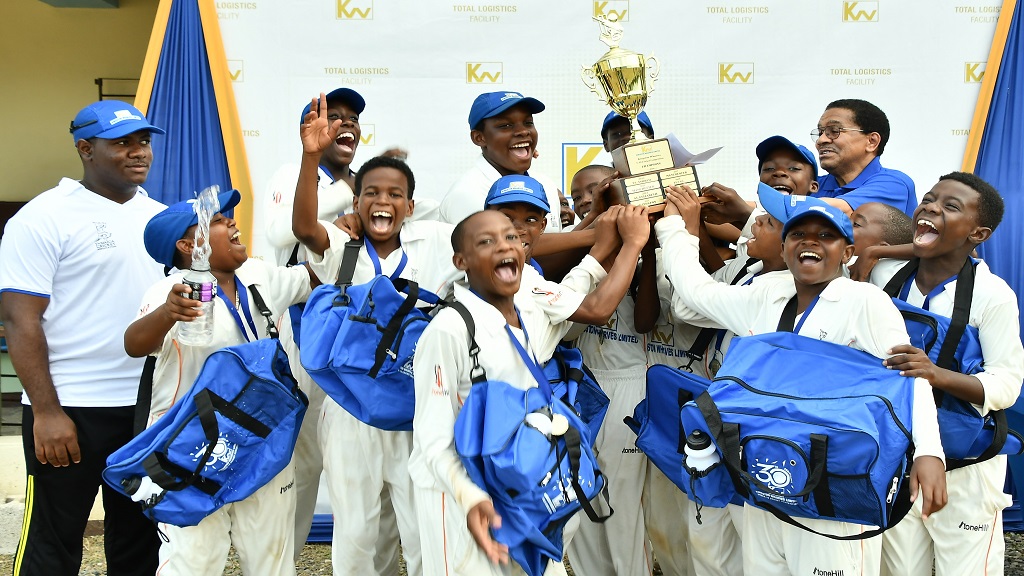 Manchester defeated St Mary by eight wickets in the final of the 30th staging of the Kingston Wharves Under-15 Cricket Championships on Thursday at the JDF cricket field in Kingston.

Batting first after winning the toss in the 40-over match, St Mary were bowled out for 76 in 21.4 overs. The top scorer was Akeen Lewis with 15.

Rasheed Harriott and Rhevon Morgan ended with identical figures of three for 15 from five overs. Demario Hall supported well with two for three from 1.4 overs.

Manchester replied with 77 for two to win the match with 143 balls to spare.

Captain Brian Barnes top-scored for Manchester with 36 and was supported by Nathaniel Osullivan who made 29.

Manchester's coach, Barry Barnes was very pleased with the support from Kingston Wharves.

"I must say hats off the Kingston Wharves for giving youngsters the opportunity.  If you look at Jamaica cricket now it's falling down and with Kingston Wharves input with these youngsters, I think it's a good look for the cricketing fraternity in Jamaica."

Kingston Wharves' CEO Grantley Stephenson, said "we are extremely proud because we can see the improvement. We can see how many youngsters are coming up through the ranks and going on to represent Jamaica and indeed the Caribbean so we are very happy, but today I am even more than happy because Manchester has won and that is where I was born and grew up so I want to make it clear the match wasn't fixed, it's just the better team won."

The Jamaica Cricket Association president, William 'Billy' Heaven said, "Kingston Wharves must be commended for being with us through thick and thin, for 30 years now that's a long time.  What we have noticed though is that the competition gets better and better each year.  This year we have seen some good matches, some good performances and today was no exception.  It was a good final."