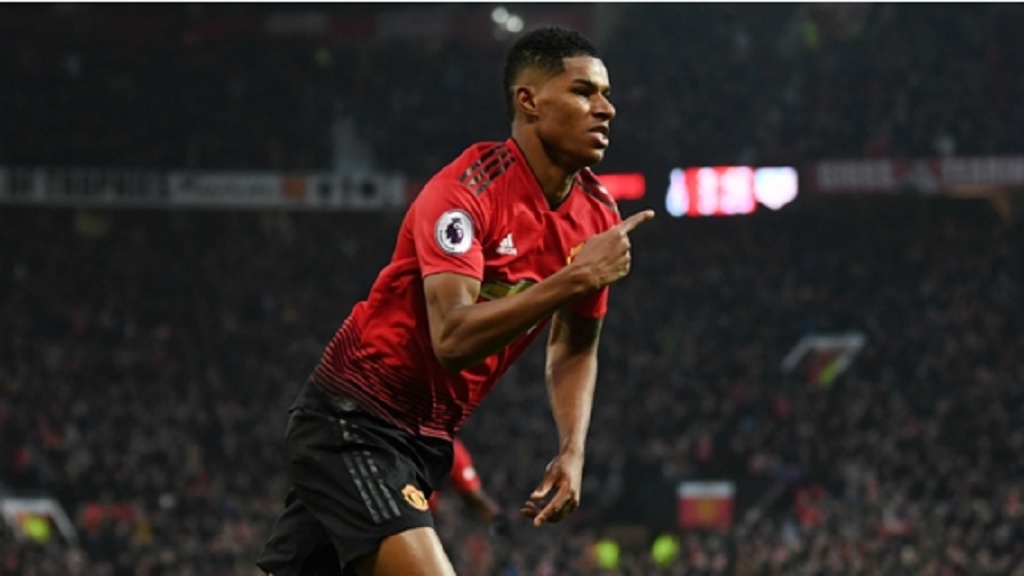 Almost 25 years to the day since Matt Busby died, Solskjaer made it seven wins from seven in all competitions on the one-month anniversary of his appointment as two of the players to have shone in his short tenure scored again.

Paul Pogba converted a 27th-minute penalty he won himself for his fifth goal in his last three games at Old Trafford before Marcus Rashford marked his 150th appearance with the second prior to the interval.

Pascal Gross pulled one back for Brighton, but United claimed the three points to move into fifth, above Arsenal, ahead of the Gunners' home game with fourth-placed Chelsea later on Saturday.

Rashford and Pogba had already threatened the Brighton goal before United were awarded a penalty.

Pogba latched onto a long Nemanja Matic pass on the right flank by taking a touch inside Gaetan Bong, who bundled into the back of the Frenchman to concede the spot-kick.

The usual stuttered run-up followed but Pogba placed his effort into the right-hand corner, past David Button's right hand to put United in front.

Button was able to make himself big and prevent Anthony Martial making it 2-0, while Brighton's Glenn Murray fired a great chance wide with a miss that would look even more costly before the break.

With three first-half minutes remaining left-back Diogo Dalot, a late inclusion in the starting XI due to Luke Shaw's injury, fed Rashford and he cut inside Gross before bending a fine right-footed finish into the far corner.

Rashford continued to look in the mood after the interval, firing in a cross that Jesse Lingard somehow failed to direct home from close range.

Martial blasted into the side netting but United's intensity dropped and Brighton were given hope with 18 minutes to go.

Davy Propper's outside-of-the-foot cross reached Gross, who chested the ball down and poked the ball in off the underside of the crossbar.

A nervy finish for the home side therefore ensued and though Pogba was unable to alleviate the tension when rifling just wide, United held on to round off a fantastic first month in the job for Solskjaer.

What does it mean? Solskjaer staking his claim for full-time gig

It is no secret that Solskjaer would like the United job beyond the end of the 2018-19 season and the club's hierarchy must have been impressed by his stint so far. United face Burnley, Leicester City and Fulham in the Premier League before hosting Liverpool on February 24, so they could yet make further ground up on the top four in the coming weeks.

Plenty has been said about Pogba's resurgence under Solskjaer, but Rashford appears to have really benefitted from having a former United striker to tutor him. Nobody has scored more for United since Rashford's debut in 2016 and the shaped finish for his 41st goal was one Solskjaer himself would have been proud of.

Murray had set Brighton on their way to a 3-2 win over United in the reverse fixture five months ago, yet he was less assured when opportunity knocked here. United were only 1-0 up when Murray found himself onside and free, but he sliced the chance wide and Rashford's strike shortly after gave Brighton too much to do, even with Gross' second-half goal.