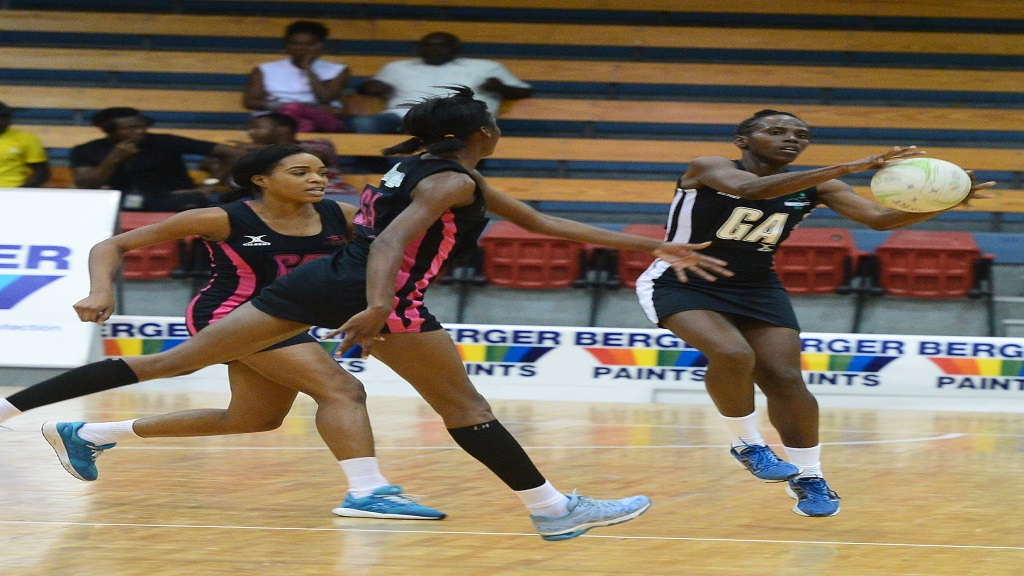 The Spurs defeated Kingston Hummingbirds 71-65 to win the series 2-1.

“I gave her the MVP title last night because I thought she was the one who was actually offering more to the team so I thought she deserved it more,” said Allison of her display of sportsmanship.

Griffiths scored 40 goals from 42 attempts, while Allison netted 31 of 34 tries to set up their team’s overtime win, after the game had ended 54-all at the end of regulation time.

“I wasn’t expecting the MVP either way because I didn’t offer much. It wasn’t like Tuesday when I was consistent and offered much,” she said.

Comparing their plays, Allison, a very talented shooter who attended Waterford High, analysed: “She was there, even in the important parts of the game she was there throughout. There were times when I was on an off, I wasn’t consistent.”

The Game Three win represented a comeback for the Spurs, who turned it around when it mattered to avenge a 1-2 loss against Kingston Hummingbirds in the 2018 finals, where they had taken a 1-0 lead. This time, Manchester Spurs were the ones playing from back after surrendering Game One of the finals 58-49. However, they got even in last Wednesday’s Game Two, which they won 57-52.

In Game Two, Allison led Spurs’ scoring 41 goals to earn the MVP award, adding to the other two she had claimed in the preliminaries.

“In the second game I said I was going to try my best. I didn’t want the umpires to get into my head, I wanted to keep composed, I wanted everything to work out and not have the coach shouting at me, I just wanted to stay composed and stick to the plan,” Allison reminisced.

This is the first time that Manchester Spurs were winning the BEL championship. Allison, on the other hand, was winning for the second time, having taken the title with St Ann Orchids in 2017.

“I’m happy about the situation that we won, but I’m not the type of person who is going to get excited because I’m not that kind of person,” she explained of the way she displays emotion. “I don’t like excitement, I’m just different.”

Asked about her expectations going forward, Allison, who attends G.C. Foster College of Physical Education and Sport, said she would embrace a national call-up.

“I’m looking forward for Netball Jamaica to call me to the squad to train with the team because I really want to go to the World Championship,” she said.

The national netball team, the Sunshine Girls, are currently preparing for the 2019 Netball World Cup, which takes place in Liverpool, England from July 12-21.