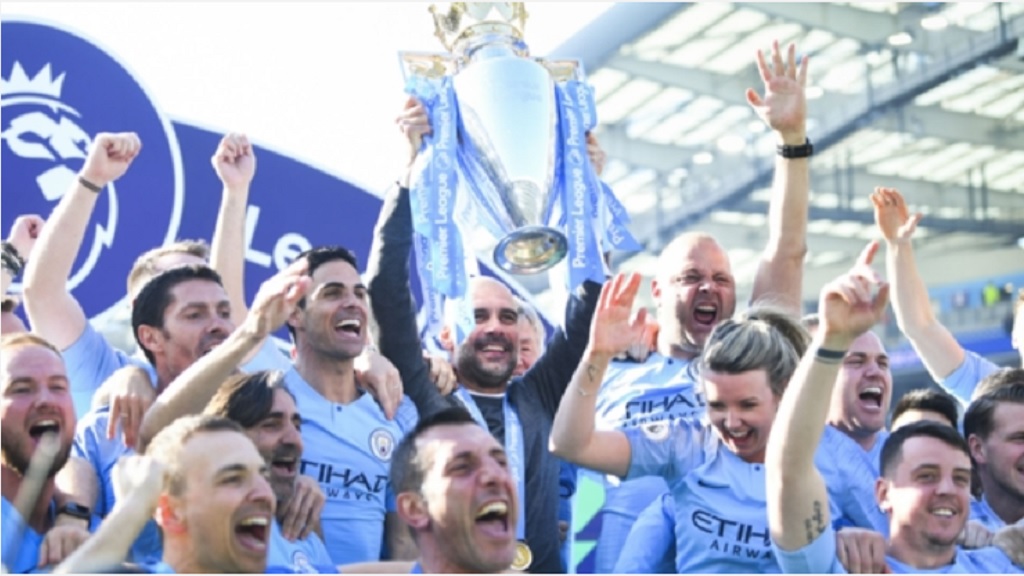 Manchester City are concerned their "good faith" in UEFA's investigation into their financial affairs could be "misplaced" following reports the Premier League champions are facing a one-year ban from the Champions League.

The claims were based on documents purportedly obtained by whistleblowers Football Leaks.

City, who secured their fourth Premier League title in eight seasons against Brighton and Hove Albion on Sunday, welcomed the investigation "as an opportunity to bring to an end the speculation resulting from the illegal hacking and out of context publication of City emails".

Their March 7 statement added: "The accusation of financial irregularities are entirely false."

A report by the New York Times on Monday said members of the investigatory chamber (IC) of UEFA's Club Financial Control Body would recommend a one-season ban from the Champions League.

Chief investigator Yves Leterme will pass any recommendation on to UEFA's adjudicatory chamber, which would have to decide whether it agreed any proposed punishment was suitable.

In a statement issued on Tuesday, City maintained it was cooperating fully with UEFA's investigation and urged a commitment to due process.

"In doing so the club is reliant on both the CFCB IC’s independence and commitment to due process; and on UEFA’s commitment of March 7 that it will make no further comment on the matter while the investigation is ongoing.

"The implications are that either Manchester City’s good faith in the CFCB IC is misplaced or the CFCB IC process is being misrepresented by individuals intent on damaging the club’s reputation and its commercial interests. Or both.

"Manchester City’s published accounts are full and complete and a matter of legal and regulatory record.

"The accusation of financial irregularities are entirely false, and comprehensive proof of this fact has been provided to the CFCB IC."

The latest online version of the New York Times article does not contain any reference to "people familiar with the case".

Omnisport understands UEFA is unlikely to offer a public comment on either the reports or City's statement while the investigation is ongoing.

City were punished for violating FFP rules in 2014 and operated with a spending cap and a reduced squad size for the 2014-15 UEFA season.

In January, former Belgian Prime Minister Leterme told Sport and Strategy magazine in his homeland that City should face a competition ban, if claims the club topped up multi-million pound sponsorship deals with Abu Dhabi companies using the personal fortune of owner Sheikh Mansour were proved to be true.

"If what has been written about Manchester City is true, there might be a serious problem," Leterme said.

"This can lead to the heaviest punishment - exclusion from UEFA competitions."

FIFA, the Premier League and the Football Association (FA) are also undertaking investigations into City's operations in relation to various aspects of the Football Leaks allegations.