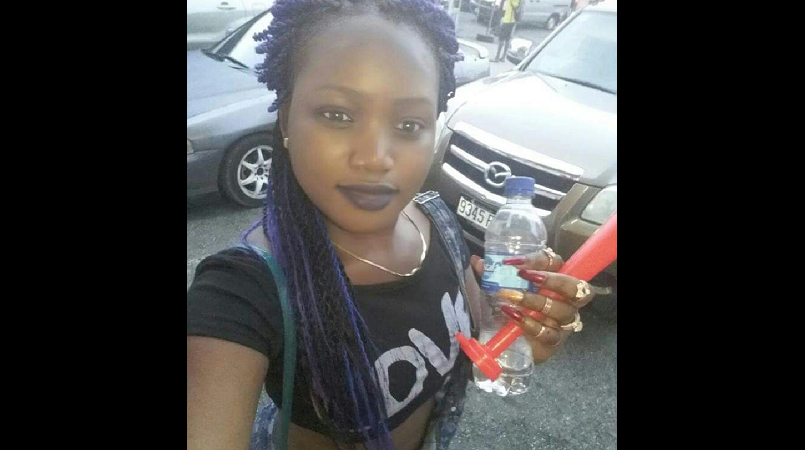 A St Ann man who stabbed his ex-girlfriend to death over three years ago, has lost his bid to have his life sentence overturned, this after the Court of Appeal recently refused to grant him leave to appeal the sentence.

Ryan Edwards, who was then a 22-year-old resident of Steer Town, St Ann, pleaded guilty before the St Ann Circuit Court on October 20, 2017, to murdering his ex-girlfriend, 21-year-old Alisa Garey, a bartender of Pineapple in Ocho Rios.

He was sentenced on November 3, 2017 to life imprisonment, with a stipulation that he serve 15 years' imprisonment before he would become eligible for parole consideration.

Allegations are that on Wednesday, December 16, 2016, Garey went to the Ocho Rios Police Station to make a report that Edwards had threatened to harm her. The young man was called to the station, where he was warned. He subsequently left.

Further reports are that Garey, accompanied by her mother, was walking close to a plaza on the Ocho Rios bypass road sometime after 1pm, when Garey was attacked and stabbed several times by Edwards who was 21 at the time.

Garey was assisted to a hospital by relatives, but she died while being treated.

Edwards, who had fled the scene, was subsequently apprehended and charged with the offence of murder.

Following his sentencing, Edwards acquired the services of attorney Ann-Marie Feurtado-Richards, to argue that his sentence was excessive, and contended that the judge should not have imposed a minimum sentence of 15 years' imprisonment before he will be eligible for parole consideration.

The Appeal Court, through its written judgment, said that, "the learned judge observed that, in stipulating the period of 15 years to be served before the applicant (Edwards) became eligible for parole, he was imposing the statutory minimum," after crediting Edwards for pleading guilty, as well as considering his age at the time of committing the offence and the time of the sentencing.

The Court of Appeal judges in their judgment, indicated that when Feurtado-Richards appeared before them, she "frankly conceded that, having perused the transcript, there was nothing that she could usefully urge on the court on her client’s behalf."

This was due to the attorney acknowledging that "the statutory minimum sentence had been imposed", as required by law.

The crown agreed with the position that taken by the applicant's attorney.

The court noted that the attorney had initially communicated her view to Edwards, but he instructed her to proceed with the application for a motion to appeal his sentence.

The Appeal Court judges concluded that the attorney was correct in her concession, as "the learned judge, having been bound by the requirements of the relevant statute, imposed the minimum period to be stipulated on the passing of a sentence of life imprisonment – that is, 15 years."

In refusing Edwards' application for leave to appeal, the judges ordered that his sentence is to be "reckoned" as having commenced on the date it was imposed, that is, November 3, 2017.

40 years minimum for welder who torched his ex-girlfriend