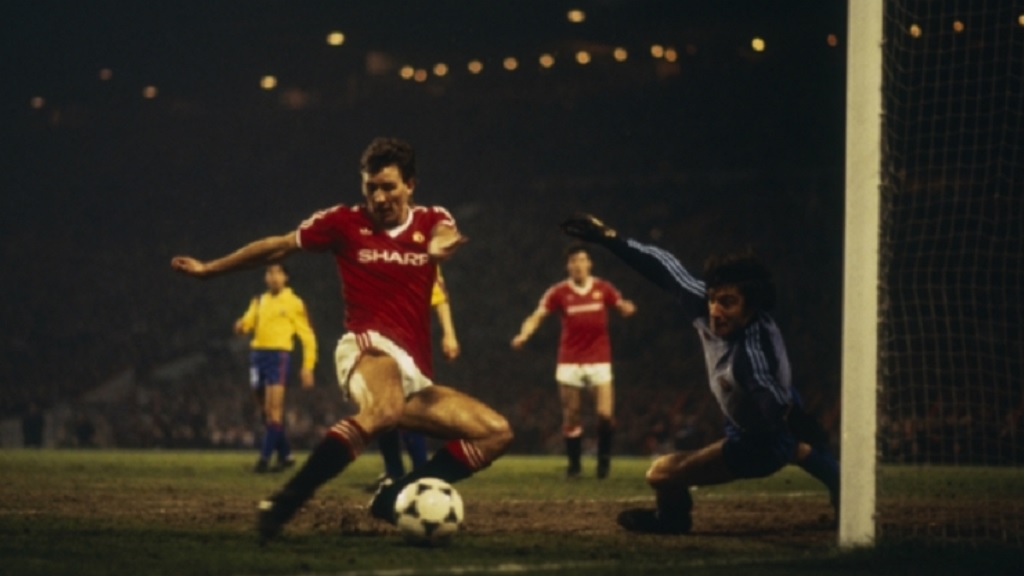 Bryan Robson scores against Barcelona in 1984.

Manchester United will on Wednesday meet Barcelona in the first leg of the Champions League quarter-finals at Old Trafford, evoking memories of some wonderful European encounters.

The two heavyweights first met in 1984 with an incredible two-legged tie in the Cup Winners' Cup setting the benchmark for what was to follow.

Here, Omnisport examines five of the best meetings between the clubs.

Still talked about by United fans of a certain vintage as one of the best nights in the club's history. Having lost the first leg 2-0 at Camp Nou, United were heavy underdogs but a Barcelona side containing Diego Maradona and Bernd Schuster were overwhelmed amid a frenzied atmosphere at Old Trafford. Bryan Robson scored either side of half-time to level the tie on aggregate before Frank Stapleton popped up with the winner eight minutes into the second period. United could not go all the way, though, losing to Juventus in the last four.

Mark Hughes scored twice to see off Johan Cruyff's Barcelona in Rotterdam. Having endured a disappointing spell at Barca before returning to Old Trafford in 1988, Hughes took revenge on the Catalan club by putting Alex Ferguson's side 2-0 up inside 74 minutes. Ronald Koeman pulled one back but United held on to claim their second European crown.

After beating Chelsea in Moscow 12 months earlier, United were bidding to become the first club to retain the Champions League title but came unstuck against Pep Guardiola's men. Samuel Eto'o put Barca ahead inside 10 minutes and Lionel Messi doubled their lead with a rare header to complete a memorable treble of Champions League, LaLiga and Copa del Rey triumphs.

Messi was to prove a key figure again as Barcelona, who overcame arch-rivals Real Madrid in the semi-finals, emerged victorious at Wembley. Wayne Rooney cancelled out Pedro's opener but Messi fired home from the edge of the area before David Villa made it 3-1.

Back with Barcelona, Messi thrives again in 2-0 win