Man United a bigger rival for Liverpool than Everton - Wijnaldum 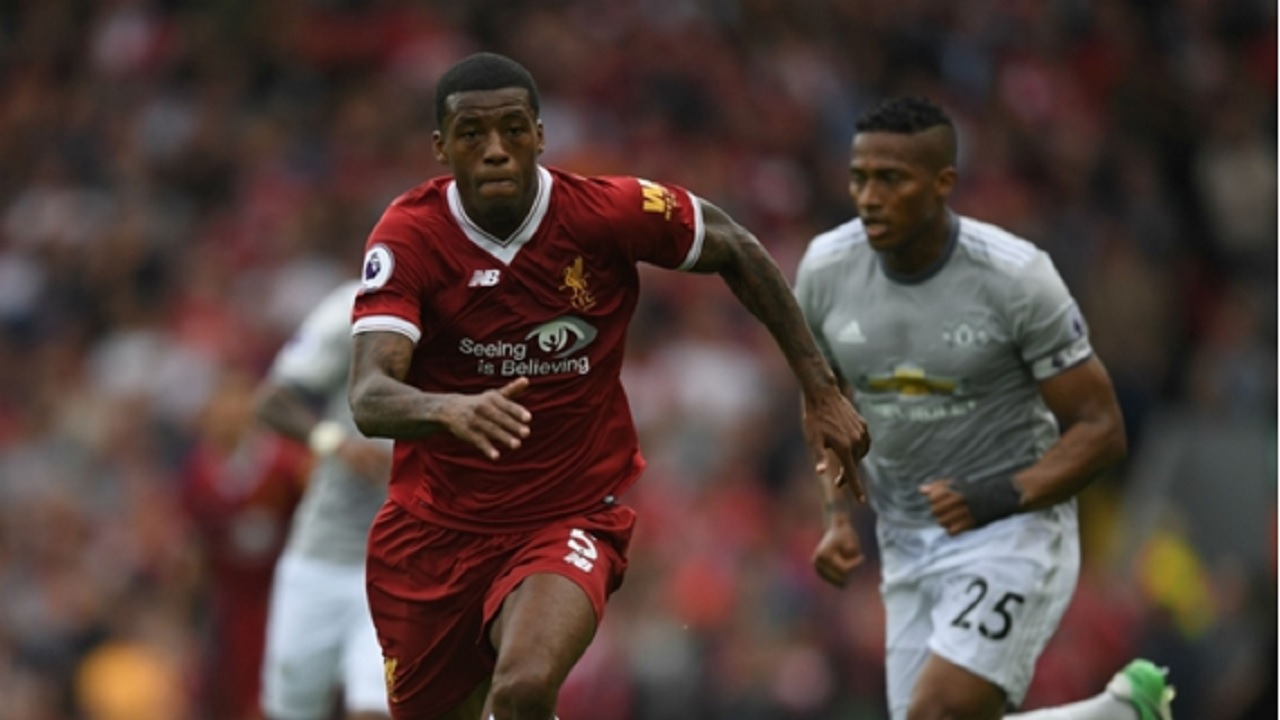 Georginio Wijnaldum believes Manchester United are a greater rival to Liverpool than Everton because Jose Mourinho's side are competing for silverware.

Liverpool travel to Goodison Park to face Everton on Saturday, with the Reds having long since secured Premier League supremacy on Merseyside for another year, with the Toffees way back in ninth.

Midfielder Wijnaldum therefore believes games against United - two points and one position above third-place Liverpool - are of more importance, comparing the situation to that former club Feyenoord face in the Eredivisie.

"If Everton have some good results during the year and are also going to play for the title, I think then it's a much bigger match than it is right now," the Netherlands international told ESPN.

"Everyone will think now that I think it's not a big match - of course it is, and also for the supporters - but I think it's bigger if they're playing for the title like Manchester United does.

"That's why I say the game between Manchester United and Liverpool is the bigger game.

The two Merseyside clubs drew in the league at Anfield in December, but Liverpool won their FA Cup meeting a month later when Wijnaldum's compatriot Virgil van Dijk scored on his debut.

Jurgen Klopp still has not lost to Everton - winless in this game since 2010 - and the Reds boss is proud of his derby record.

"It's a sign of the quality of my team and the character of the boys that we were always spot on in these games," he told a pre-match news conference. "None of them were easy."

I don't get rivalries - Liverpool match not special one for Mourinho