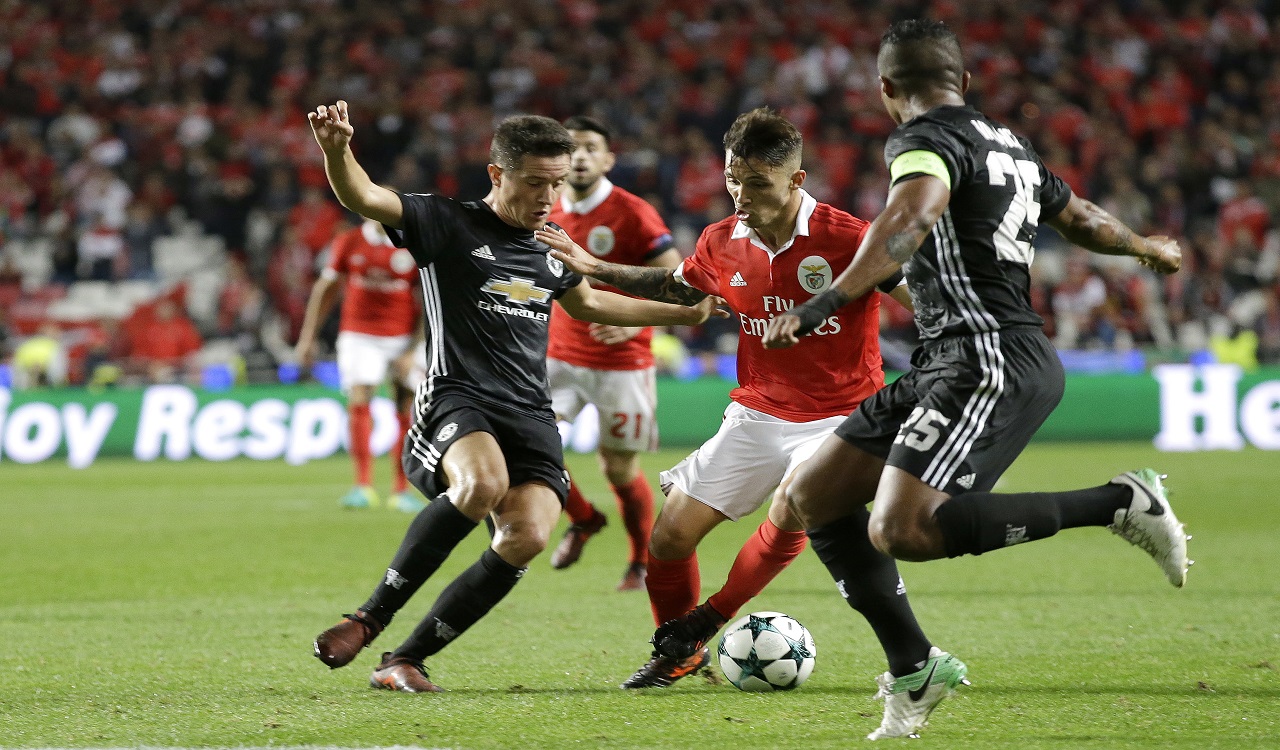 Manchester United took advantage of an embarrassing mistake by the youngest goalkeeper ever to play in the Champions League to beat Benfica 1-0 and maintain their three-point lead in Group A on Wednesday.

Belgian goalkeeper Mile Svilar, making his Champions League debut at age 18, was deceived by a long free kick taken by Marcus Rashford in the second half, going over the line while holding the ball with his arms outstretched.

He misjudged Rashford's shot and couldn't stop his momentum after stepping back toward the goal to make the catch. Svilar quickly moved forward and held the ball in front of him for a few seconds, looking toward the assistant referee behind the goal while trying to show that it hadn't crossed the line.

However, with the help of goal-line technology, the referee confirmed that the ball had gone over — and Svilar punted the ball away in anger.

Benfica players tried to console the young goalkeeper after the match, hugging and talking to him, with comfort also coming from United striker Romelu Lukaku, who's also Belgian.

Svilar, who broke Iker Casilla's record as the youngest goalkeeper to play in the Champions League, appeared calm throughout the match at the Stadium of Light, but he had already struggled with a few crosses into the area.

Just a few moments before the goal, he was almost too late to keep a corner kick from crossing the line.

Benfica's starting goalkeeper until last season was Ederson, who is now thriving at Manchester City.

It was the sixth goal of the season for Rashford, whose long-range shot from the left side flew straight toward the goal, rather than curled into the area as many expected.

Benfica defender Luisao was sent off in second-half injury time for a foul that brought his second yellow card of the game.

Manchester United reached nine points with its third straight win in Group A. It has a three-point lead over Basel, which defeated CSKA Moscow 2-0 in Russia. CSKA stayed with three points, while Benfica has zero points after three losses.

There was a moment of silence before the match in honor of the wildfire victims in Portugal. Both teams wore black armbands.