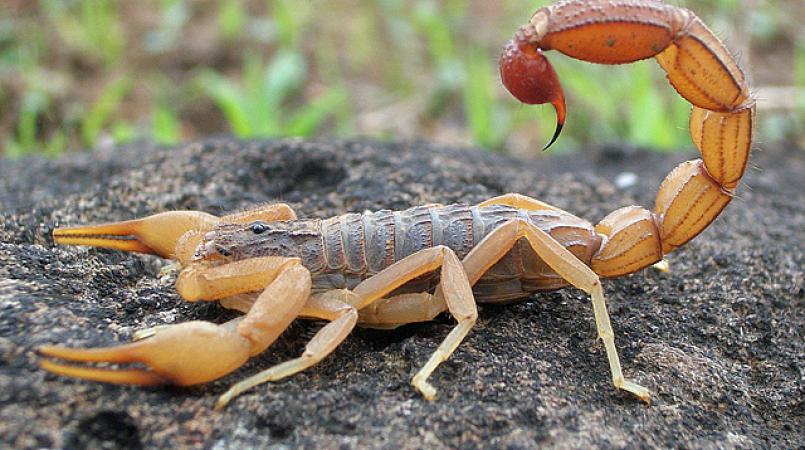 Fresh on the heels of a recent public relations disaster, United Airlines is once again in the news after a passenger was allegedly stung by a scorpion while on one of the company’s flights.

A report by Reuters said Richard and Linda Bell, from Canada, were flying to Calgary from Houston, Texas, when Richard Bell encountered the venomous critter.

Speaking to Global News, Richard said: “It fell on my hair – I grabbed it. I was hanging onto it by it’s tail.” His wife initially didn’t realise what had happened.

“It really didn’t dawn on me, because we were on a plane from Houston, I looked down and thought, oh that kind of looks like a little lobster,” she said.

The Bells quickly learned it wasn’t, however.

“A Mexican guy next to me said, ‘That’s a scorpion and it’s dangerous,’ so I dropped it on my plate. Then I went to go pick it up again and that’s when it stung me – it felt like a wasp sting,” Richard said.

The creature was squished and paramedics boarded the plane to check Bell, concluding that he had not had any adverse reactions to the sting.

The incident was said to have happened on the same day that Vietnamese-American passenger Dr David Dao was knocked unconscious and forcibly removed from his flight.

Later reports said Dr Dao suffered a concussion from the blows he received after the company forced him to de-plane to allow for United staff members to take the needed seats.

Social media footage showed Dr Dao, who was bound for Louisville, Kentucky from Chicago, forcefully pulled from his seat by Chicago aviation security officers and dragged down the aisle of United Airlines Flight 3411.

United Airlines CEO Oscar Munoz had since issued a controversial statement defending staff’s actions, which was followed by others apologising for the incident.

(Photo used for reference only and is not a photo of the scorpion referred to in this article.)