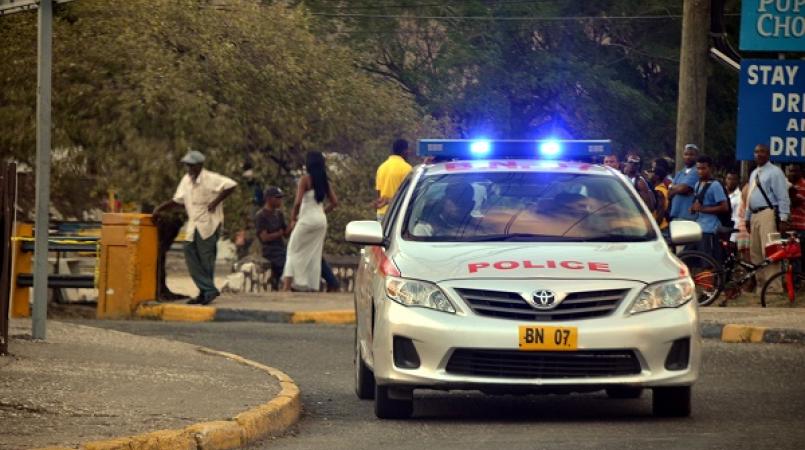 File photo of a police patrol car on the outskirts of Cassava Piece in St Andrew after a violent incident in the community.

Police are now probing the gruesome murder of a man in Cassava Piece on Tuesday morning as violence intensifies in the St Andrew community.

The deceased has been identified as 23-year-old Lorenza Thomas, otherwise called ‘Israel’ or ‘Trulups’, of Cassava Piece Road.

Thomas was reportedly at home early in the morning when armed men kicked in the door to the house that he occupied and shot and then chopped him to death.

His body was then set ablaze by the hoodlums.

The Police were summoned, the scene processed and his body removed to the morgue.

It's the latest round of violence in and around Cassava Piece in recent days, following the shooting incident involving dancehall entertainer Mavado in the community and the murder of a man in the nearby Constant Spring Market.

Mavado was reportedly involved in a physical confrontation which led to him being shot at on Saturday. Later that day, Cassava Piece resident, Ian Robinson, otherwise called 'Gaza Man', was shot dead at the Constant Spring Market.

Police say they are now monitoring the area and have not made any connection to the set of attacks.