Man drops out of college due to drinking, graduates 29 years later 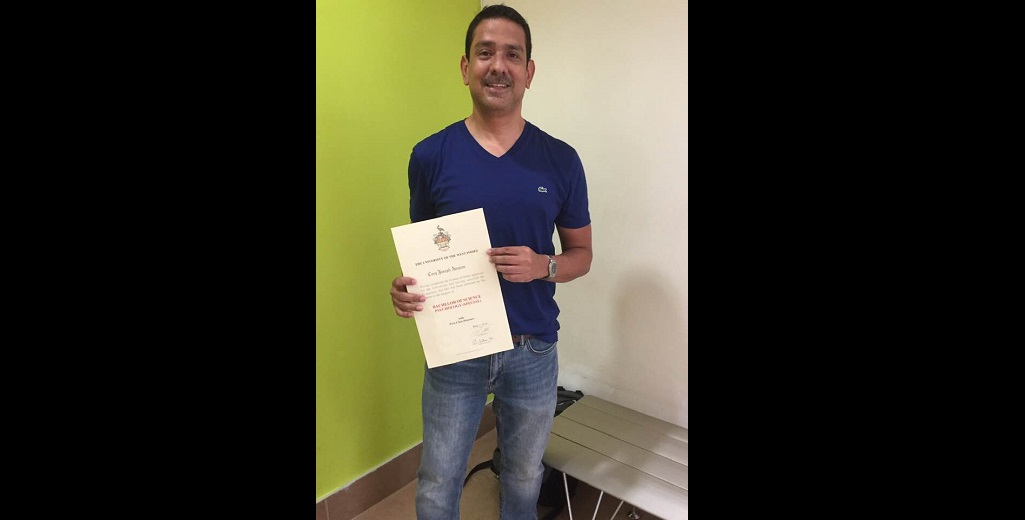 Life at university can be full of temptation and, for Cory Ammon, the saying never rang more true.

In a Facebook post, Ammon recalled how 29 years ago, he dropped out of university because he chose to drink and party rather than go to class.

Although that might be the end of the line for many, he decided to return to school.

Ammon told his social media followers that he completed his Bachelor's Degree with first class honours at the University of the West Indies.

He says he will soon begin his Masters in Applied Psychology.

The icing on the cake is the fact that he hasn't consumed any drugs or alcohol in over 6 years.

The inspirational message has since received over a thousand reactions with more than 600 shares. 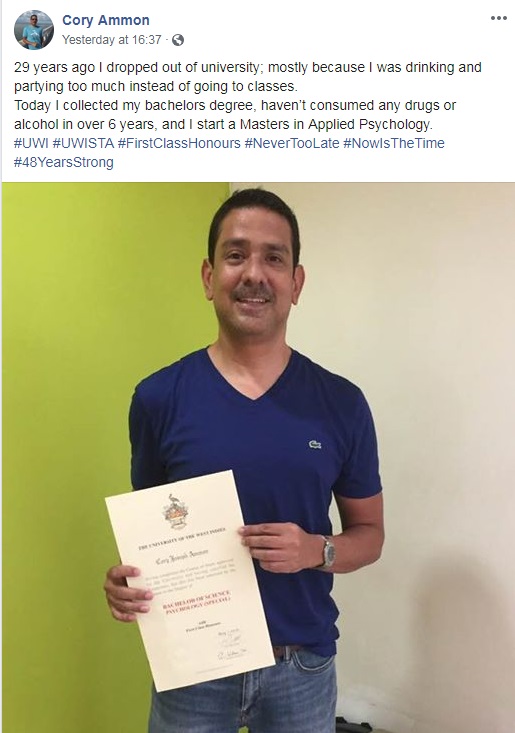