Man convicted in plot to behead blogger over cartoon contest 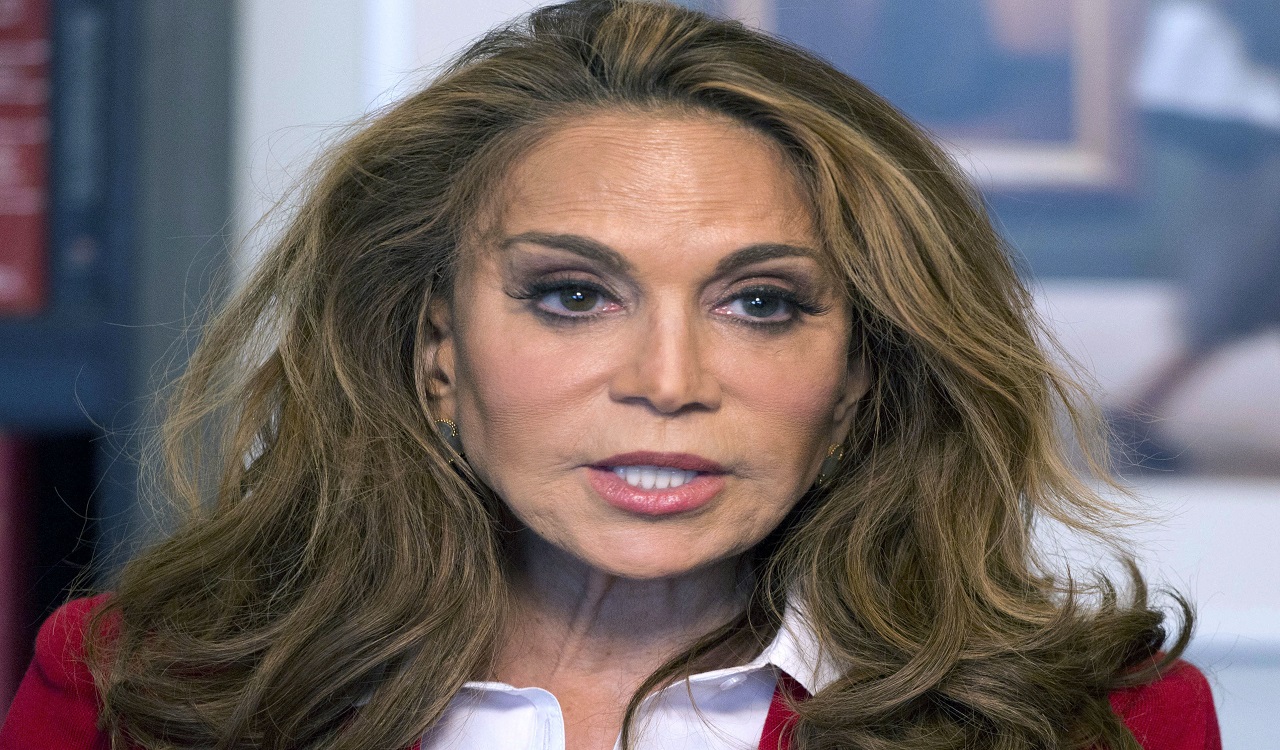 - In this May 7, 2015, file photo, conservative blogger Pamela Geller speaks during an interview at The Associated Press in New York. David Wright was convicted Wednesday, Oct. 18, 2017, of plotting to behead Geller and kill other Americans on behalf of the Islamic State group.

A man who authorities say fell under the influence of the Islamic State group was convicted Wednesday of plotting to behead a conservative American blogger for organizing a Prophet Muhammad cartoon contest.

Jurors found David Wright guilty of all charges, including conspiracy to provide material support to a designated foreign terrorist organization and conspiracy to commit acts of terrorism transcending national boundaries.

The 28-year-old from Everett, Massachusetts, faces up to life in prison when he's sentenced in December.

Federal officials called Wright's conviction a victory for America in its fight against terrorism.

"We can all sleep better now knowing that David Wright, a person who wanted to kill in the name of ISIS, will no longer be free to walk the streets of the Commonwealth," said FBI Assistant Special Agent in Charge Peter Kowenhoven.

Prosecutors said Wright, his uncle and a third man conspired to kill blogger Pamela Geller because they were upset she organized Prophet Muhammad cartoon contest in Texas in 2015. During the contest, two other men opened fire outside and wounded a security guard before they were killed in a shootout with law enforcement assigned to guard the event.

Wright's uncle, Ussamah Rahim, told Wright on a recorded phone call later that month that he couldn't wait to attack Geller and decided instead to go after "those boys in blue," referring to police. Wright told his uncle that was "beautiful" and encouraged him to delete all the data from his computer before carrying out his attack.

Hours later, Rahim was shot and killed by authorities after he lunged at them with a knife when they approached him in Boston. The attack on Geller, who has spearheaded scores of events across the nation to decry Islamic extremism, was never carried out. She didn't testify at the trial.

Geller said she is thrilled with the verdict and "deeply grateful to the good people of Boston who were on the jury."

Wright cried on the stand when he spoke of his uncle, insisting that he didn't think Rahim was serious about the attack. Wright, who was more than 500 pounds (227 kilograms) and spent much of his time playing video games in 2015, testified that he used Islamic State group propaganda to get attention but that it was just a "fantasy."

"I didn't want my uncle to get hurt. I didn't want law enforcement to get hurt," Wright said. "I lost someone who was very close to me because I was so deluded and self-centered that I couldn't see beyond my own need for attention."

Wright's attorney said they are disappointed in the verdict and heartbroken for Wright and his family, but plan to appeal.

"We are not finished," Jessica Hedges.

Prosecutors said Wright was the leader of the conspiracy and recruited his uncle and others to help him wage war on the U.S. Wright's uncle received directions about the plan to kill Geller from Junaid Hussain, an Islamic State group member and hacker who was later killed in an airstrike in Syria, prosecutors said.

Wright conducted online research for guns, swords and tranquilizers that put people to sleep instantly. He created a Twitter page seeking recruits for their "martyrdom operation cell," collected a trove of horrific Islamic State group documents and videos and created a manifesto warning that America's "days are numbered," prosecutors said.

Wright's uncle bought three large knives — one for each of them — for their attack on Geller, authorities say.

"These were not just words, as the defense argued," William Weinreb, acting U.S. attorney for Massachusetts, told reporters after the verdict. "This wasn't fantasy. It was real."

The third man accused in the plot, Nicholas Rovinski, of Warwick, Rhode Island, testified against Wright after pleading guilty last year to conspiracy charges. Rovinski faces 15 to 22 years in prison.