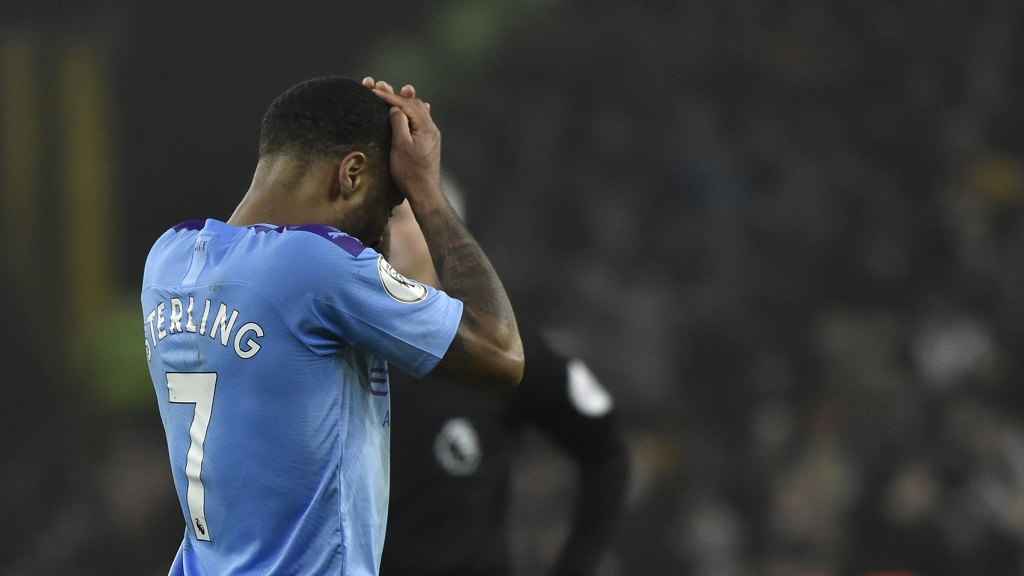 Matt Doherty scored in the 90th minute to complete Wolverhampton's comeback from two goals down to beat 10-man Manchester City 3-2 on Friday, dealing a further blow to the champions' faint hopes of a third consecutive Premier League title.

City are third in the standings halfway through the season, 14 points behind leader Liverpool. Juergen Klopp's side is 13 points ahead of Leicester with a game in hand, putting the 18-time champions in strong position to end a three-decade title drought.

"It's not a race if you think about it," City manager Pep Guardiola told Amazon Prime Video. “Always the goals can be avoided but sometimes it's fatigue, it's tiredness.” 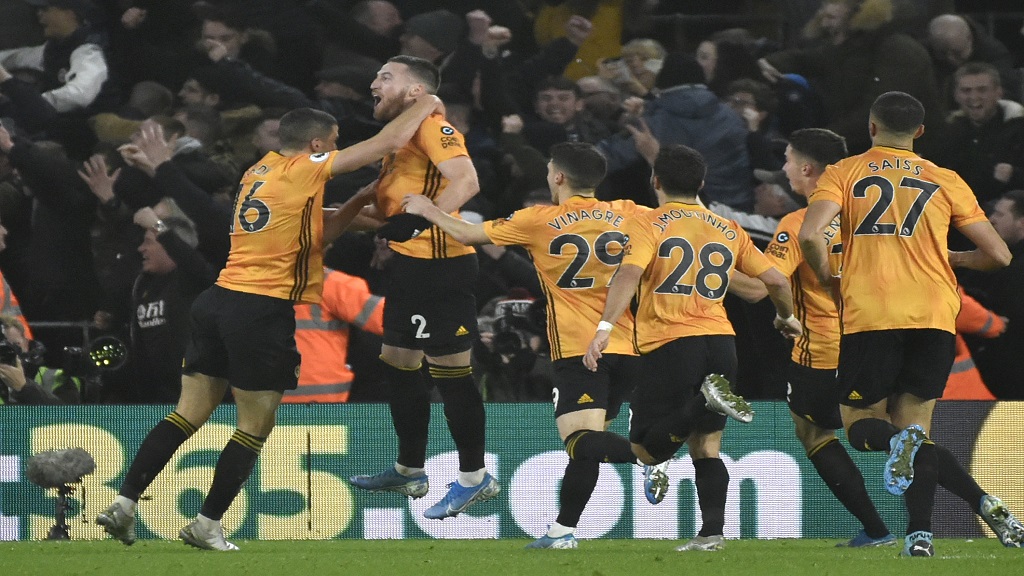 Wolverhampton Wanderers' Matt Doherty, jumps in celebrations with his teammates after scoring his side's third goal.

Wolves, who fought back from Raheem Sterling scoring twice for City, rose to fifth in the standings — two points from Chelsea in the final Champions League qualification place.

“We fight to the death whatever the situation, whatever the difficulty," Wolves winger Adama Traoré said, “and that's what we did today."

City have now lost five of their opening 19 games of the season, but had coped initially after goalkeeper Ederson was sent off in the 12th minute for rushing out of the penalty area and bringing down Diogo Jota.

City took the lead in the 25th minute after a chaotic spell.

After Riyad Mahrez went down in the area, VAR gave the penalty and Raheem Sterling's initial effort was saved by goalkeepre Rui Patricio.

But the spot kick was ordered to be retaken due to encroachment and, after the goalkeeper saved again, Sterling tapped in the rebound.

Objects, including what appeared to be a hip flask, were hurled toward Sterling. An announcement during the first half at Molineux warned fans that there had been numerous reports of the throwing of foreign objects.

Sterling struck again in the 50th minute, breaking clear of the Wolves defense and lifting the ball over Patricio.

But Traoré gave Wolves hope five minutes later when he scored into the bottom corner.

Traoré dispossessed City defender Benjamin Mendy, who was trying to shield it out of play for a goal kick, and crossed for Raul Jimenez to convert into the net.

Wolves completed the turnaround in the 89th minute as Doherty fired past goalkeeper Claudio Bravo.

“It's a lot of minutes to defend (with 10 men) and it's sometimes difficult,” Guardiola said. “No regrets, they did absolutely everything to defend a result for 80 minutes and it was difficult.”