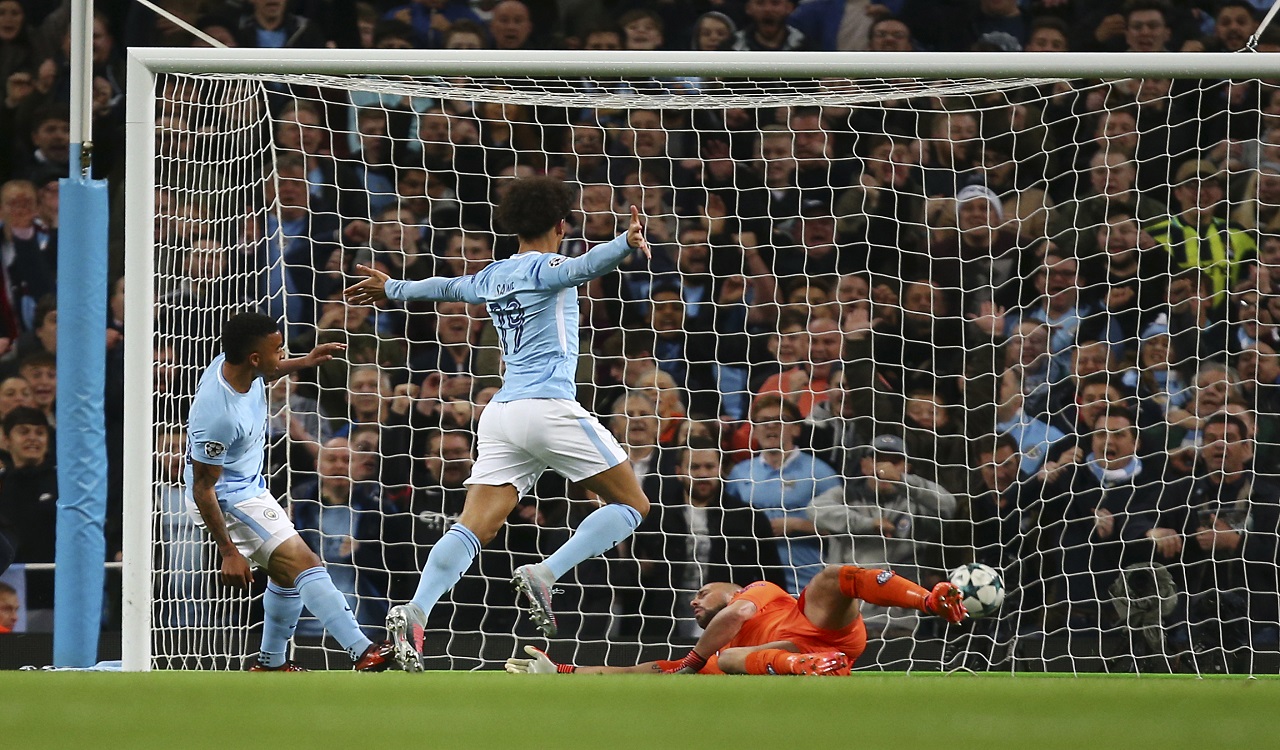 Manchester City scored twice in the first 13 minutes before holding off a spirited fightback from Napoli to win 2-1 in the Champions League on Tuesday, maintaining their 100 percent start to group play.

Napoli could have snatched a draw if they had converted both of their penalties at Etihad Stadium after City scored through Raheem Sterling and Gabriel Jesus.

Dries Mertens had a penalty saved by goalkeeper Ederson Moraes in the first half and Amadou Diawara scored with his attempt in the 73rd.

Top of the Italian league, Napoli could struggle to advance in the Champions League having lost two of their first three games in Group F. Maurizio Sarri's team is third, three points behind second-placed Shakhtar Donetsk, and could be on the brink with a loss to City in the return match on Nov. 1.

City are on a maximum of nine points and should need to win only one of their last three games to qualify for the knockout stage.

Napoli arrived as not only the leader but the top scorer in Serie A, and with City coach Pep Guardiola labeling them as one of the best three sides in European soccer.

Still, there was defeatist talk in the build-up by Napoli president Aurelio De Laurentiis, who said City were such a favorite that Sarri should rest players ahead of a big Serie A game against Inter Milan at the weekend. Sarri, for his part, spoke in glowing terms about City and their attacking talent.

City lived up to their billing in the first 25 minutes.

Picking up where they left off in the 7-2 win over Stoke on Saturday, City attacked in waves and dominated a Napoli midfield that lacked regular starters Allan and Jorginho, who were on the bench.

Sterling side-footed home left-footed in the eighth minute after Kyle Walker's goal-bound shot, off a cross by David Silva, was blocked. It was his eighth goal in 11 matches this season, a record that was soon matched by Jesus.

De Bruyne seized on a poor clearance and threaded a low center across the face of goal that left Kalidou Koubibaly spread-eagled on the turf. Jesus couldn't fail to tap in.

Napoli rode their luck, with De Bruyne crashing a 20-metre curler against the bar and Koubibaly clearing off the line from Jesus, but came into the game before halftime.

When Walker pulled back Raul Albiol as they challenged to get to a cross, the Italian side was awarded a penalty but Ederson guessed the right way to parry out Mertens' effort.

Napoli pushed City back in the second half and didn't waste a second chance from the spot when Fernandinho tripped Faouzi Ghoulam. Diawara took over penalty duties and beat Ederson, who again guessed the correct side.