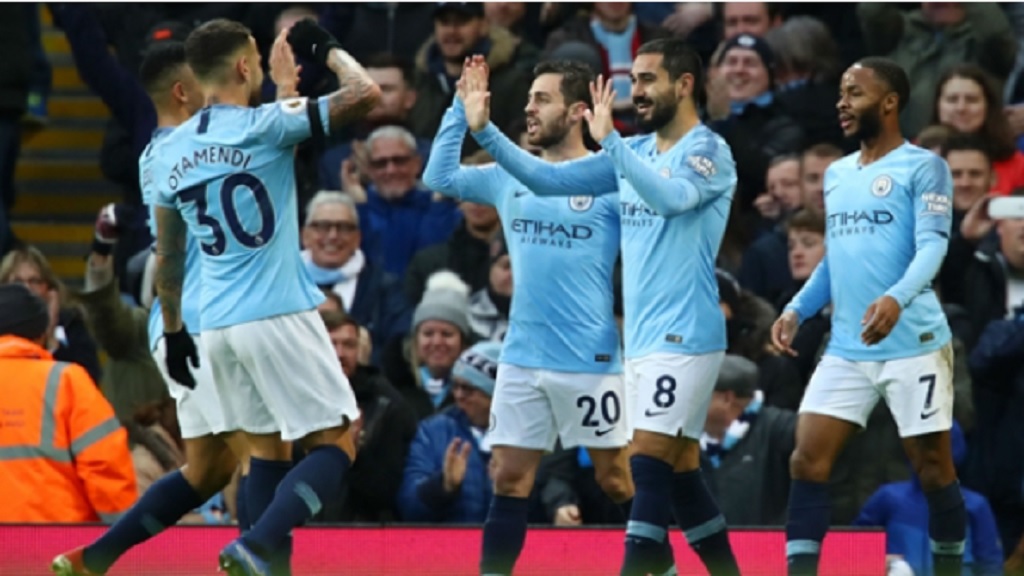 Manchester City won the Premier League title with 100 points last season but Pep Guardiola believes they are even better this time around.

City lost just two league matches in 2017-18 - to Liverpool and United - but defeats to Chelsea and Crystal Palace this month mean they have already equalled that tally before the halfway stage of the season.

Nevertheless, Guardiola feels his side look stronger as they aim to achieve what no City team has done and win back-to-back Premier League crowns.

"In little details we are better than last season, which is normal because we have more time together," he told Sky Sports.

"Our process, our build-ups, our high pressing, we can use different movements, we have more alternatives to defend into attack and we are more solid when we defend deeper."

When asked what impressed him so much about that record-breaking title winning season, Guardiola said: "It was our consistency.

"Of course we dropped points, that happens, but after that we were always there, which was the most remarkable thing and what I give the most importance.

"Winning cups or the Champions League, that's six or seven games where you have to be good, but in the Premier League it can be every three days, which is why it's the title I like the most."

Raheem is an incredible human being - Guardiola rallies behind striker

Mourinho is better than Guardiola – Maradona