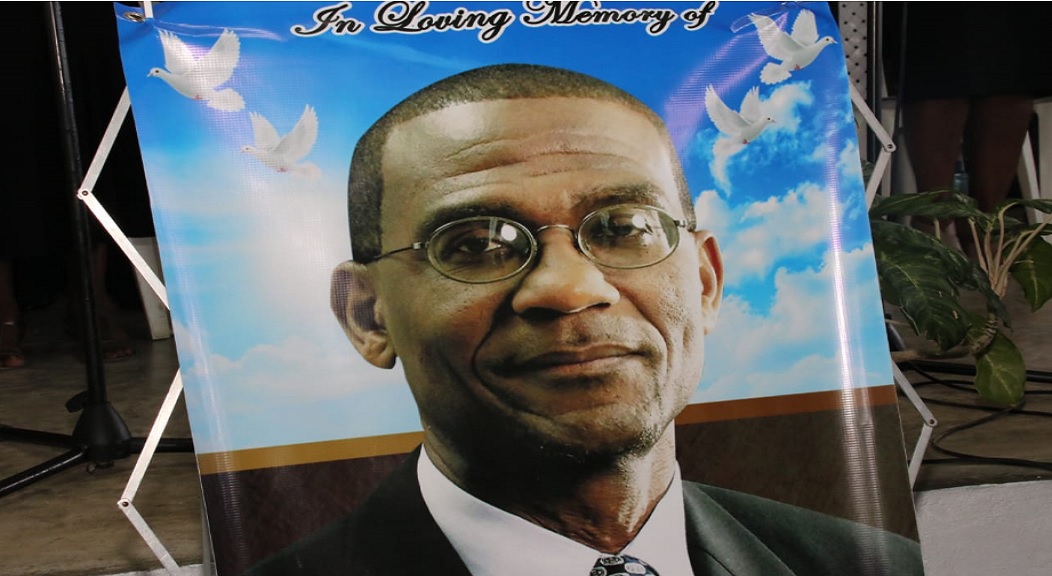 A photo of the late Member of Parliament for Eastern Portland, Dr Lynvale Bloomfield, at his funeral service last Saturday.

Twenty-year-old Simeon Sutherland, the man who was initially picked up as a person of interest in relation to the murder of Dr Lynvale Bloomfield, the Member of Parliament (MP) for Eastern Portland, was formally charged with the crime by the police on Friday.

Sutherland, of Buff Bay in Portland, was picked up after scientific evidence reportedly linked him to the scene of the crime.

He had been questioned twice by investigators before formal charges were laid against him. He is set to appear in court next week.

The man, who is said to also frequent Annotto Bay in St Mary, was initially arrested on Wednesday, February 13 by investigators from the Major Investigative Division (MID), who have led the probe.

During the initial  questioning, it was revealed that Sutherland admitted to being with Bloomfield several hours prior to his nude body being discovered with stab wounds.  However, he denied knowing anything about the killing.

Sutherland was then released from police custody on Thursday afternoon, February 14, but was again arrested by the police after forensic evidence reportedly linked him to the crime scene.

Bloomfield was found with multiple stab wounds by an employee at his home in Passley Gardens, Portland about 10:30 am on Saturday, February 2.

Two knives recovered at the politician's home, along with a vest found in bushes near the premises, are said to be vital evidence in the case.

The report from a post-mortem examination that was conducted on Bloomfield's body determined that the two-term MP received 20 stab wounds.