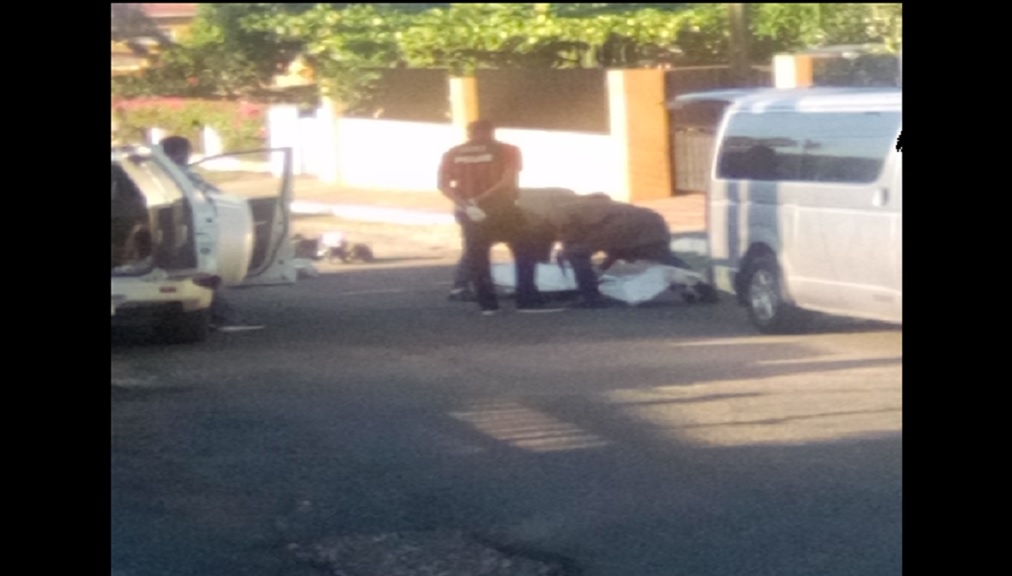 A man and a woman were shot dead during a brazen early morning attack carried out by gunmen along Wedcombe Avenue, an area located close to Grants Pen community, on Saturday.

The victims have not yet been identified.

Reports are that about 3:30 a.m., the two persons were walking along the mentioned road when a car drove up and the passengers accosted them.

Residents from the area said soon after gunshots were heard.

“I heard the shots and jumped up out of my bed. We called the police and went to look to see if we knew them but they don’t live here,” said one woman.

She was one of several persons who gathered close to the scene of the crime as investigators scoured the area for clues. Other residents from the normally quiet community could be heard whispering among themselves.

Police said that the man was shot once under his left armpit while the woman was shot four times in her upper body including her face.

As the police carried out their checks one resident could be heard complaining that in recent times there have been a series of robberies taking place in the community.

“The gunman them a take set round here since the other day,” the resident said.

Police report that both victims were traveling with bags containing clothing and other personal effects.

Murder in Grants Pen threatens sustained peace in the community