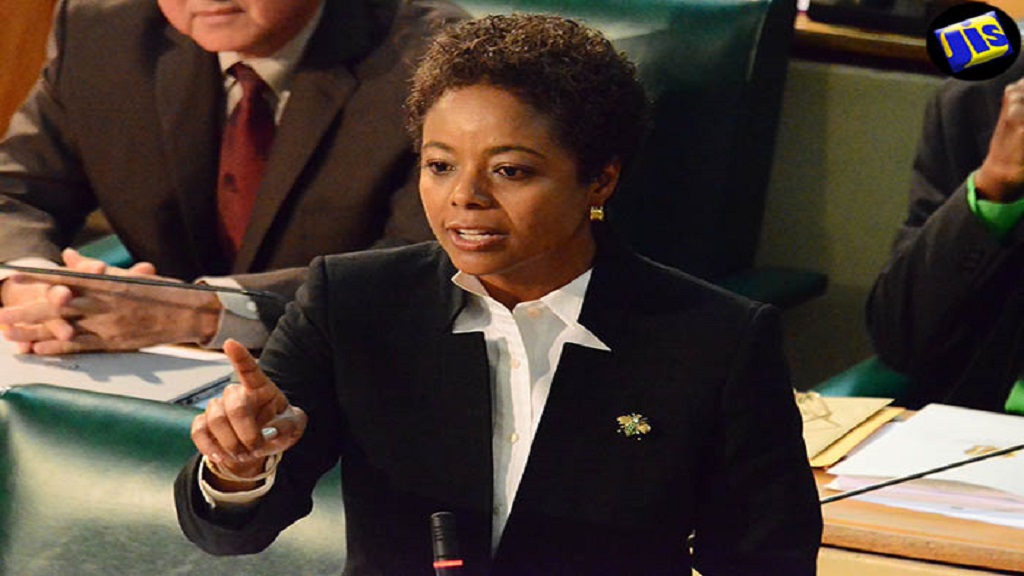 Attorney General, Marlene Malahoo-Forte has voiced her disapproval of the decision by the Constitutional Court in April to overturn the National Identification and Registration Act (NIDS).

Malahoo-Forte, who was making her contribution to the 2019-2020 Sectoral Debate in the House of Representatives on Tuesday, also suggested that the decision should be reviewed by a higher court.

She had argued and lost the case on behalf of the Government. The objections were brought by the General Secretary of the People’s National Party (PNP), Julian Robinson.

The court, in a unanimous decision, struck down the controversial law, citing that several sections of the legislation breached the constitutional rights of Jamaicans.

Following the decision, Justice Minister, Delroy Chuck, announced in May, that the Government had no immediate plans to appeal the decision. Rather, Chuck said the Administration would take the route of drafting an entirely new bill with the intention of tabling it in the House of Representatives in September, and getting it passed by the following month.

But Malahoo-Forte, who was hammered by Chief Justice, Bryan Sykes who headed the three-member panel that heard the case last October, is apparently still peeved by the judicial ruling.

While referring to the matter as the “infamous NIDS case”, the attorney general said: “There is so much to reflect on, so many questions that remain unanswered”.

She then went into high gear, declaring: “I must point out that under our (justice) system, the learned Chief Justice nor any judge of the Supreme Court does not have the final say on what the law is; it is how our system is.”

She appeared to have fanned the fire some more with a statement that: “Mr Speaker, there are many curious aspects of the judgment that, to my mind, should properly be reviewed by the higher courts.”

While the attorney general said the matter should be reviewed before a higher court, such reviews normally take place before the same court where the decision was made, followed by an appeal, where desirable, to a higher court.

Malahoo-Forte cited by way of example, “a judge relying on so-called expert evidence not led in a case upon which he made findings of facts without submission.”

She added: “And I could cite other things, but since the Government has taken the policy decision not to appeal, I will say no more at this time.”

But the attorney general, a former resident magistrate, was actually not finished with the matter, adding that she was “still trying to come to grips with the experience in the court”.

In April, the Constitutional Court declared the NIDS Act null and void after citing that sections of the proposed law were in violation of the constitution.

The legislation had long been steeped in controversy, and was a major bone of contention between the ruling Jamaica Labour Party (JLP) and the Opposition PNP. Robinson had argued, on behalf of the PNP, that the act was a violation of the rights of all Jamaican citizens, and was therefore unlawful.

The chief justice, in handing down the ruling, said the court was in agreement with Robinson. He said the mandatory stipulation for citizens to submit their biometric information violated the right to privacy, which is mandated by the constitution of Jamaica.