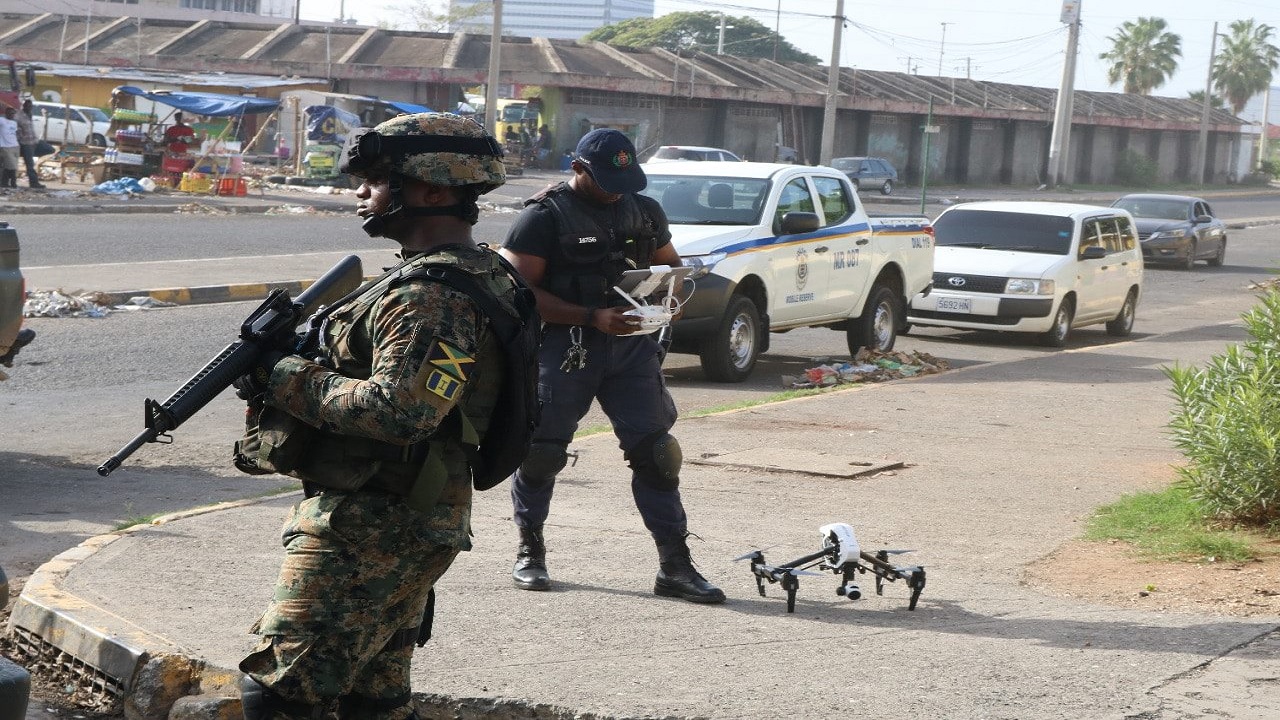 A strong police/military presence has been mounted in the troubled Grange Hill community in Westmoreland since Wednesday morning.

Residents, who woke up to the buzzing of helicopters hovering in the air and members of the security forces on the ground in numbers, are  bracing for an enhanced security measure to be declared in the community.

With the escalating murder toll in Westmoreland, National Security Minister, Dr Horace Chang, recently indicated that the Government is not averse to introducing enhanced security measures in the parish.

"We will be taking some steps to correct that, but if we have to raise the bar and move in an aggressive way with other things, we are prepared to do that," the security minister indicated.

Speaking in St James, Dr Chang said intelligence indicated that gang activities are fuelling most of the bloodletting in the parish where he said measures have been taken in respond to that issue.

Since the start of the year over 100 persons have been killed in Westmoreland.

Grange Hill has been at the heart of the violence, with all of seven persons, including a two year old baby, being shot and killed on May 1, when gunmen went amok in separate incidents in the community.

A number of other serious offences, including murder, have subsequently been recorded in the community.