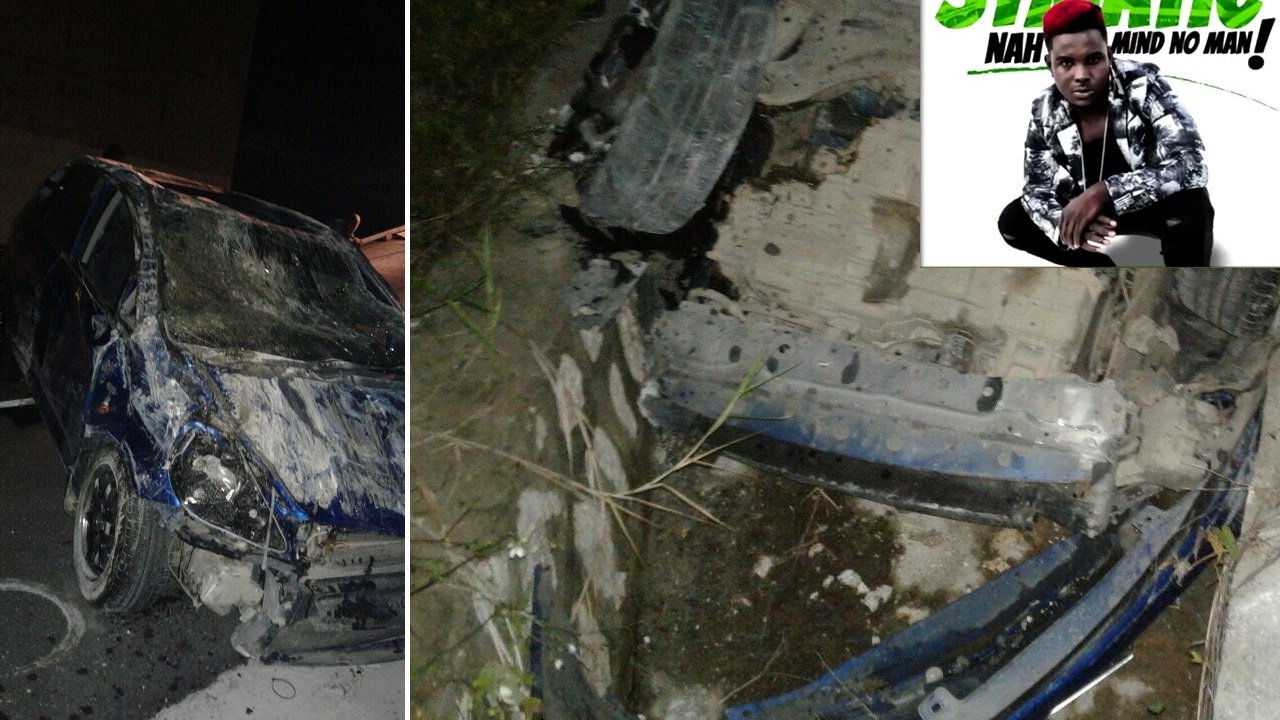 The wrecked motor car that was being driven by dancehall artiste Symatic. (Inset: Symatic)

Magnum Kings and Queens 2017 winner Symatic survived a serious car accident on the North-South Highway between Caymanas and Mammee Bay on Tuesday evening.

The artiste said he and a female were travelling at about 40 miles per hour in a Honda Fit towards Mammee Bay when the tyres locked up on him suddenly.

"When mi realise that the two front wheel lock left, and ah send me into the wall, mi mash the brakes and the car swing back into the road, but because the wheels dem lock, the car flip and end up inna the gutter," Symatic told Loop Jamaica reporter Claude Mills.

"When mi come out and look behind the gutter, is a big hole behind it, if the car had fallen into that, mi wouldn't survive it, mi just glad mi never did a drive fast," he added. 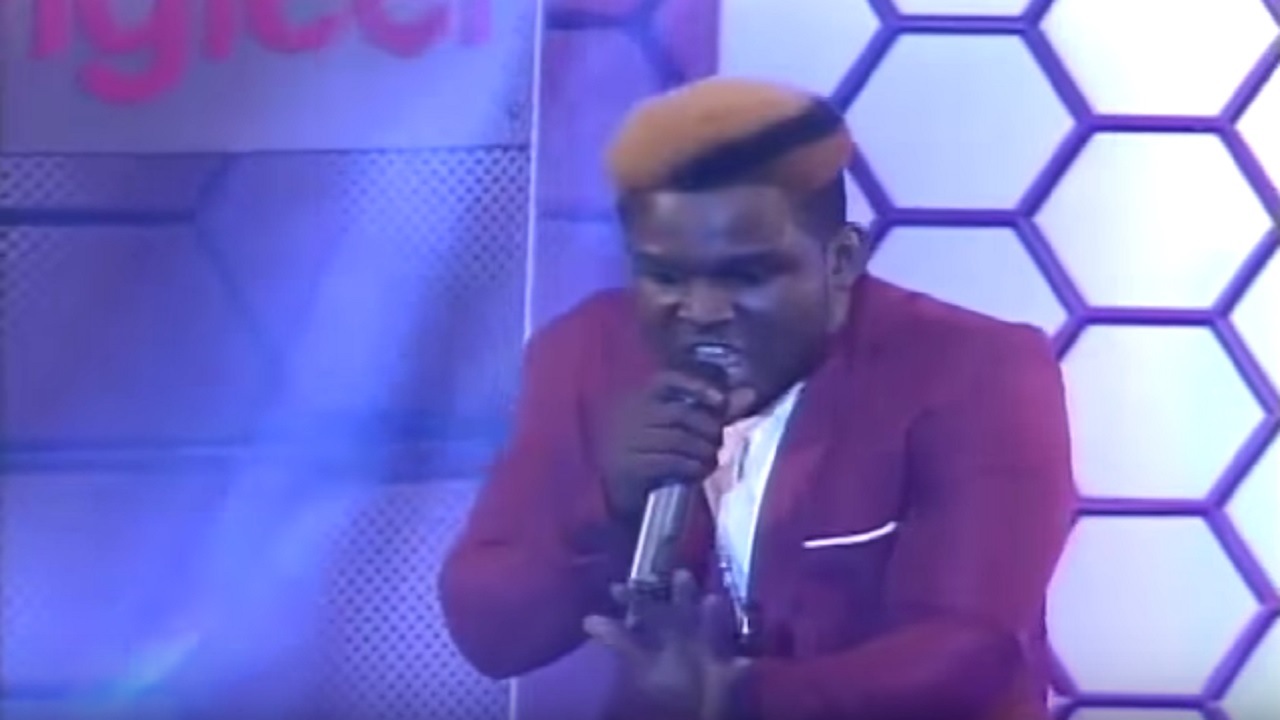 The Magnum Kings winner received minor scratches all over his body and a minor injury in his left shoulder as a result of the ordeal. He was released from the St Ann's Bay hospital and is at home recuperating from the accident.

He is known for songs such as Nah Mind No Man and  Wah Me Woulda Do alongside fellow Magnum winner Suspense.