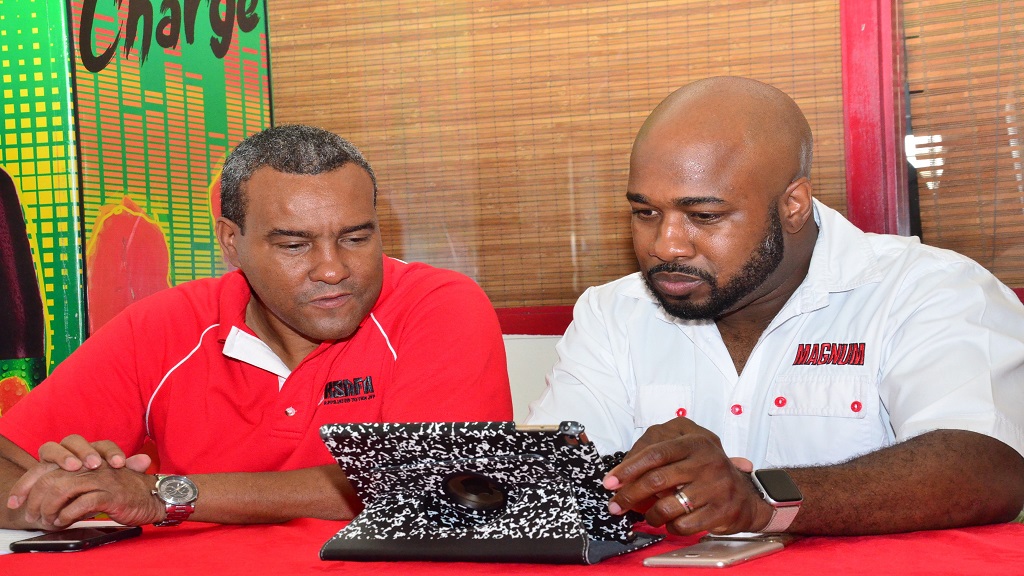 In celebration of its 20th anniversary, Magnum tonic wine, long-time title sponsor of the Magnum JN KSAFA Super and Major League football competitions, will be donating cash awards all round in the ‘#TheBig20’ KSAFA promotions, which encompasses the quarter-final, semi-final, and final rounds.

The monetary awards have been broken down for the two leagues with the Leading Goal Scorer and Golden Glove prizes topping the Super League category with $20,000 cash and a trophy each. The first place coaching team will also earn $20,000, while $16,000 will go to coaching officials of the runner-up team.

The player adjudged Man of the Match will earn $10,000 and a trophy, while the main referee of the finals will also receive a $10,000 prize, with $8,000 going to the assistant referee for the final and $6,000 earmarked for the assistant referees who marshall the lines. The captain of the winning team will get a trophy.

For the Major League, KSAFA’s second-tier competition, the top awards of $10,000 and a trophy will be the Golden Glove and Leading Goal Scorer awards, with $10,000 going to the main referee and second place coaching team. The coaching team for the champions will earn $15,000, with $8,000 and a trophy designated for the Man of the Match, plus $8,000 to the assistant referee for the finals. The assistant referees who rule line calls will each receive $6,000, while the captain of the winning team will get a trophy.

Mark Telfer, Brand Manager Magnum, and Red Label Wine noted that spectators will not be left out. He said they will be targeted for spot prizes while attending the crucial games that will ultimately decide the champion teams at this stage of the competitions.

Wayne Shaw, President, KSAFA, lauded Magnum for its contribution as he looked towards an ‘exciting’ finale.

“Thanks to Magnum for this incentive for the teams for the quarters, semis and finals and also for the referees. The referees have always been left out and I’m really pleased that Magnum has remembered them. They’re a very important part of football,” said Shaw.

Quarter-final matches in both competitions will be played on Saturday and Sunday.

SUPER LEAGUE (MATCHES WILL BE PLAYED AT CONSTANT SPRING)