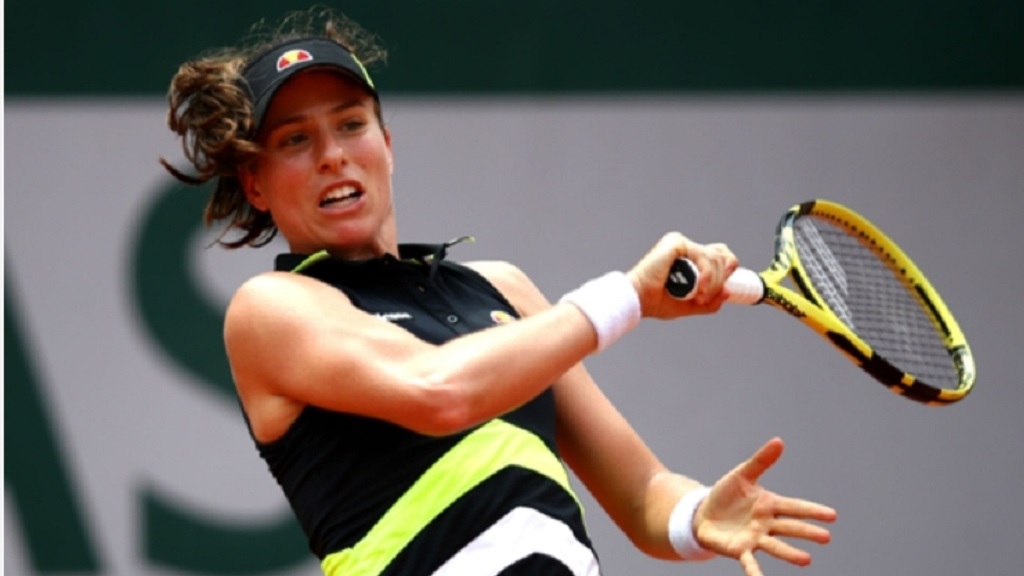 Konta had never won a main-draw match at Roland Garros before last week, but she now stands two victories away from a maiden grand slam title after beating last year's runner-up 6-1 6-4.

Stephens lost her two previous meetings with Konta this year - one of which came in Rome last month - and the 26th seed shattered the 2017 US Open champion's hopes of winning a second grand slam.

Konta was relentless on Court Philippe-Chatrier and will face Marketa Vondrousova or Petra Martic after becoming the first British women since Jo Durie in 1983 to reach the last four in Paris.

An inspired Konta produced an exhibition of power and precision, saving the only break point she faced and losing just one point behind her serve in the second set as she blew the startled seventh seed away.

Konta's serve got her out of trouble in the first game after Stephens forced a break point and she went from strength to strength after starting with a battling hold.

The 2017 Wimbledon semi-finalist swarmed all over the American, breaking for a 3-1 lead when Stephens paid the price for an errant backhand error.

Konta consolidated and pounced on timid Stephens serves by fizzing a couple of blistering returns beyond the world number seven before a rasping forehand winner put her 5-1 up.

The hesitant Stephens looked a totally different player to the one that saw off Garbine Muguruza in the fourth round and she was broken in the first game of the second set after Konta wrapped up the first in 32 minutes.

A sprightly Konta did not give Stephens a look-in as she marched towards the last eight, racing through her service games in a flash en route to a third major semi-final.

Stephens, who lacked power and mobility, looked like she did not know what had hit her as she charged off court after drilling a backhand just wide to crash out in an hour and 11 minutes.