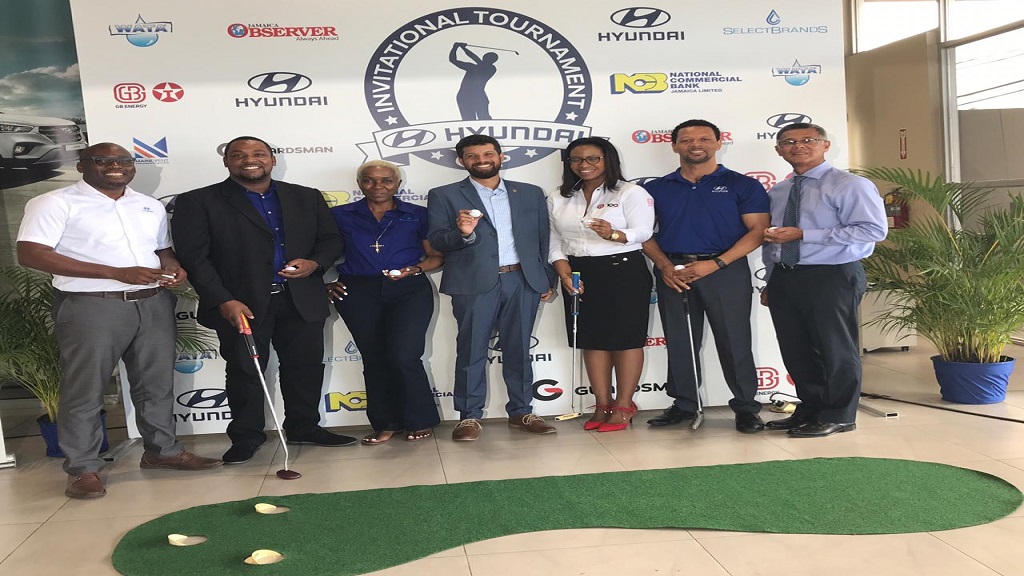 Magna Motors Dealership Limited, authorised dealers of Hyundai in Jamaica, on Wednesday announced its sponsorship of the inaugural Hyundai Cup Golf Tournament to be held June 29, July 7 and July 20, at the Caymanas Golf Club.

“This is the perfect time for Hyundai to enter the sports landscape in Jamaica. Our premium vehicles are seamlessly aligned with the pursuits and interests of the Jamaican golfer,” said Etus Coleman, Sales Manager, Magna Motors Dealership Ltd. “In addition to offering several days of highly competitive golfing, what sets this tournament apart is the unparalleled bonus of a chance to play in an international PGA sanctioned tournament.”

A target of 10 teams, with eight players, at least one of which must be female, will compete in the Hyundai Cup. All match days will have a shotgun start and on the last day in addition to the regular 18-hole competition, there will be a 3-hole “Play Off” to decide the overall champion team. Competition will be played in four handicap categories from 0 – 36. Teams will accumulate points based on their ranking in the handicap categories.

Registration for the tournament is available at  http://hyundaicup.golf and closes on June 10.

Peter Lindo, General Manager of Caymanas Golf Club, said, “hosting the inaugural Hyundai Cup is a distinct honour and a gratifying continuation of Caymanas hosting major golf events in Jamaica. Last week we hosted the Jamaica National Amateur Championship and we are thrilled to be the home course of the Hyundai Cup in late June and July.  It’s another big tournament that cements our position as one of the premier golf courses in Jamaica.”

Golfers in the Hyundai Cup will also be competing for the chance to play in the ProAm tournament of the PGA sanctioned Corales Puntacana Resort & Club Championship in the Dominican Republic in March 2020.  A VIP hospitality package has been designed for two players and their guests throughout the Corales PGA weekend of activities.

Among the players set to compete is Dr. Andre Foote, team captain of the Buccaneers. After recently winning a major tournament, they are looking to follow suit in the Hyundai Cup.

“My duty as Captain is to get my team mentally ready and focused on the goal of winning the tournament. We are ready and rearing to go and expect our team to put in an exceptional performance and win this tournament. After all, its all about "new thinking, new possibilities" and that for us means lots of fun while winning.”