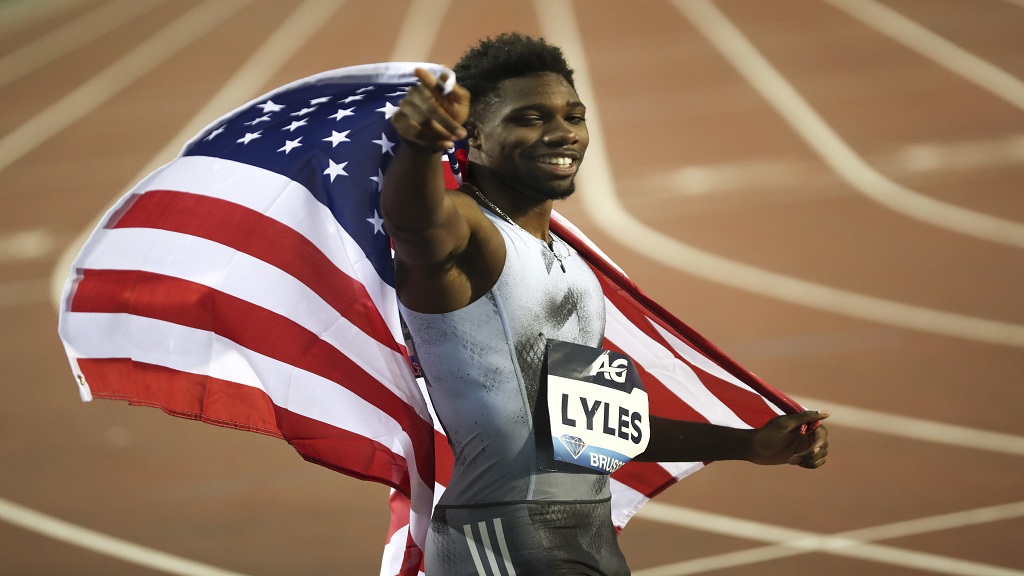 American sprinter Noah Lyles raced to the 200-metre title at the Diamond League finals on Friday, extending his winning run ahead of the world championships.

A chill Brussels evening was hardly good preparation for Qatar's heat, but steady rain and stomach pains tested Lyles in clocking 19.74 seconds. Only two other men have been faster this season.

"What a chaotic race it was. But I'm glad I could handle this," said Lyles, who was poised in the starting block when the rain began falling.

A little legal wind assistance helped carry the gold-medal favourite to within 0.24 of his personal record, set in July in Lausanne, Switzerland.

The defending world champion, Ramil Guliyev of Turkey, was level with Lyles deep into the straight and was pulled through to his season-best time of 19.86 as runner-up.

"My main goal is to reach the (worlds) podium," said De Grasse, the 2016 Olympic silver medalist. "It's going to be hard to beat Lyles and (Christian) Coleman."

Victory on Friday made Lyles the Diamond League season-long champion at 200, adding to the 100 title he won last week in Zurich. It also earned a fourth place in the worlds 200 lineup for the United States.

Lyles is skipping the 100 when the world championships start on Sept. 27 in Doha, leaving teammate Coleman as favorite.