The product line is made in Jamaica and will include six different flavoured Mama Brown Jamaican rum cakes, six varieties of Jerk House sauces and seasonings, a Jamaican rum punch and a range of artisan chocolates. (Photo via Marshall & Brown's official website.

First generation British-Jamaican Carlton Brown has launched premium Jamaican product line, Marshall & Brown in the UK to fill a gap in the market for authentic Jamaican food and cooking ingredients.

The brand was launched on Wednesday at the Jamaican High Commission in London.

Following a meeting with JAMPRO and the Jamaican High Commissioner in London, Brown was invited to attend the Jamaica Diaspora Conference. It was during this trip two years ago that he created the idea for Marshall & Brown.

Brown later met producers and potential suppliers he thought would be able to make luxury products that would appeal to the British market and meet the increasing demand for Jamaican food globally.

The product line is made in Jamaica and will include six different flavoured Mama Brown Jamaican rum cakes, six varieties of Jerk House sauces and seasonings, a Jamaican rum punch and a range of artisan chocolates.

Products such as the rum punch and chocolates are produced in the UK using Jamaican rum; the rest is produced in Jamaica and all the ingredients, including thyme and onions, are sourced on the island.

Brown notes his mother, now 95, and late mother-in-law as inspirations for him and his wife Marvely to develop a premium range of authentic Jamaican foods and beverages.

Brown said: “Jamaica is one of the world’s most popular tourist destinations and the cuisine is becoming very popular too; I want to offer people the best of Jamaica with my authentic premium products.”

The entrepreneur noted that what makes his products high quality is the fact that they are made in Jamaica. He explained: “There are other Jamaican foods on the market such as jerk sauces but the difference is that mine are made in Jamaica and we also have a Jamaican mustard sauce that is unique.

"My aim is for Marshall & Brown to be perceived as the premium, luxury Jamaican brand. Going forward, we expect to add more products to the range.”

Brown added that there are already plans in place for widespread distribution on the products in the UK.

“We have some exciting UK distributors lined up and others who are keen to stock the brand, which is also available on Amazon.  Some of the products like the sauces are designed for everyday use and others like the premium cakes make ideal gifts as they are beautifully packaged. We hope to make them available in airports and similar outlets,” Brown said. 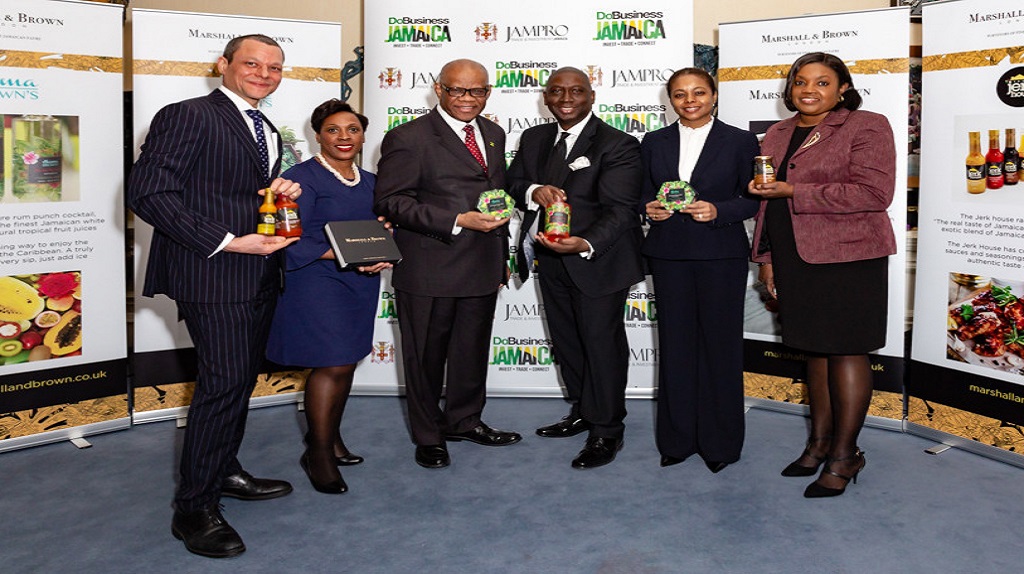 Diane Edwards, President of Jamaica’s trade and investment promotion agency, JAMPRO, said the agency was pleased to facilitate Brown’s vision of a line of products made in Jamaica and distributed in the UK.

“This is an outstanding project that we are happy to see launched, as it includes the use of Jamaican produce, and the products are made in Jamaica specifically for the UK. This not only ensures an authentic Jamaican experience but provides opportunities for local farmers and manufacturers to access a new market by doing business with another company. We anticipate great success for Marshall & Brown, and we look forward to seeing the company’s future developments in the United Kingdom,” Edwards said.

Brown lives in London. He is a management consultant and keynote speaker. He has built up and sold two businesses, prior to which he was corporate sales director for the Davis Group.

Before that, he held various roles at Rentokil Initial, including Regional Director for the South of England, during 16 years with the business.