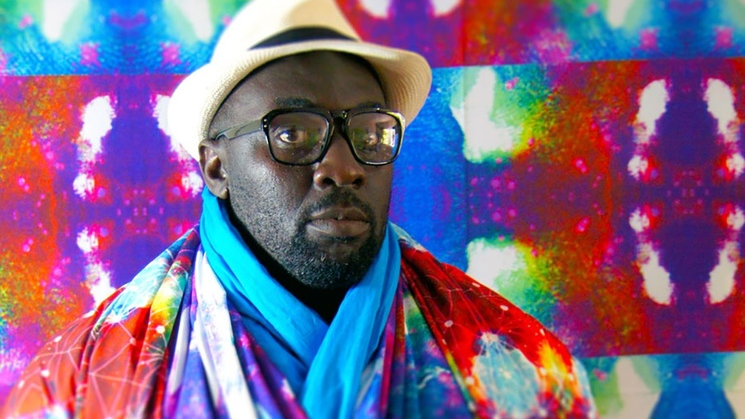 In the Caribbean world of fashion design, James Hackett has found a way to differentiate himself.

The founder of the Trinidad and Tobago-based Lush Kingdom brand, Hackett is quietly making a name as a fabric designer, marrying his graphic design background with his training as a fashion designer.

Hackett did three designs for the label which is owned by Grenadian designer Felisha Noel. Of the three, the Cubist design comprising earth-toned patterns and a flowered pattern called Scilla, were selected by the designer.

The cherry on the icing for Hackett was when actress Gabrielle Union posted a photo of herself on her Instagram account wearing one of FeNoel’s outfits in the Cubist design. 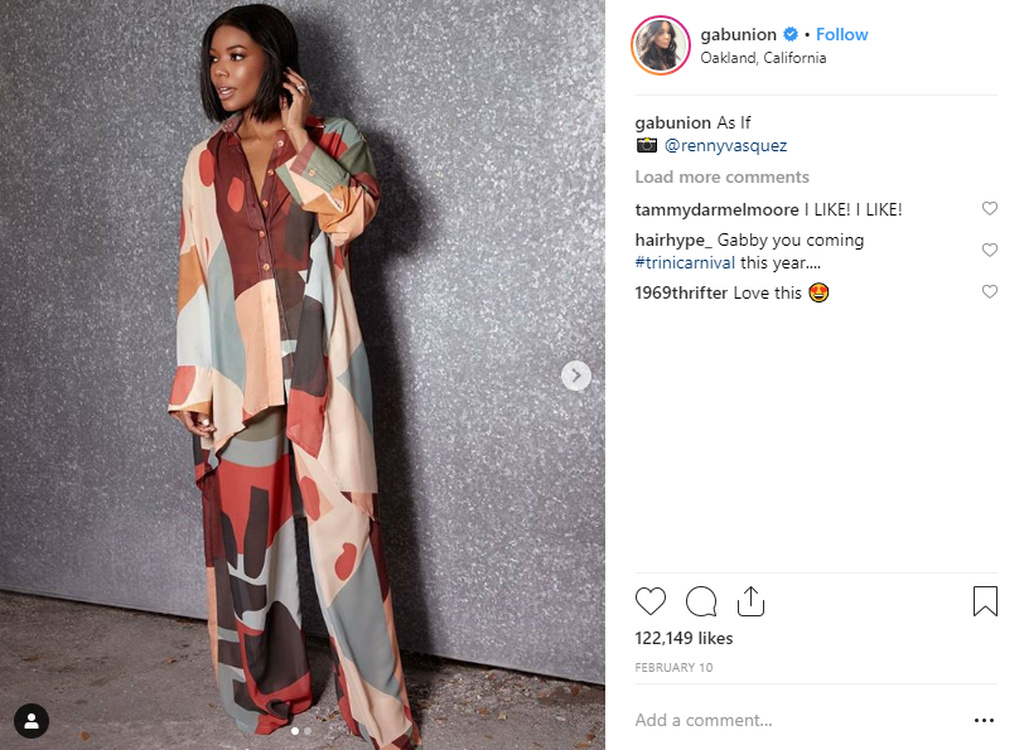 “I freaked out, I was like oh my God. Most guys around my era are like…Gabrielle Union…you know,” he said with a laugh.

“It was just kinda amazing. When I saw FeNoel in Vogue, I was like something I created touched these pages. It is amazing and scary too because now you have this thing, you have done this and you hope you have stuff coming down the pipeline that could be better,” he said.

Hackett was introduced to FeNoel by his friend, fellow designer Delia Alleyne.

“Fe had an idea of what she wanted and she gave me a couple of inspiration pieces to look at and spoke to me about colours and her vibe. I was excited to work with someone not from the Caribbean. Although she is from Grenada she is based in the US. I put a lot of effort into it and she really liked it. I did three patterns for her,” he said, revealing that he is working on other projects for the designer who has been featured on Oprah.com, Vogue and Essence. 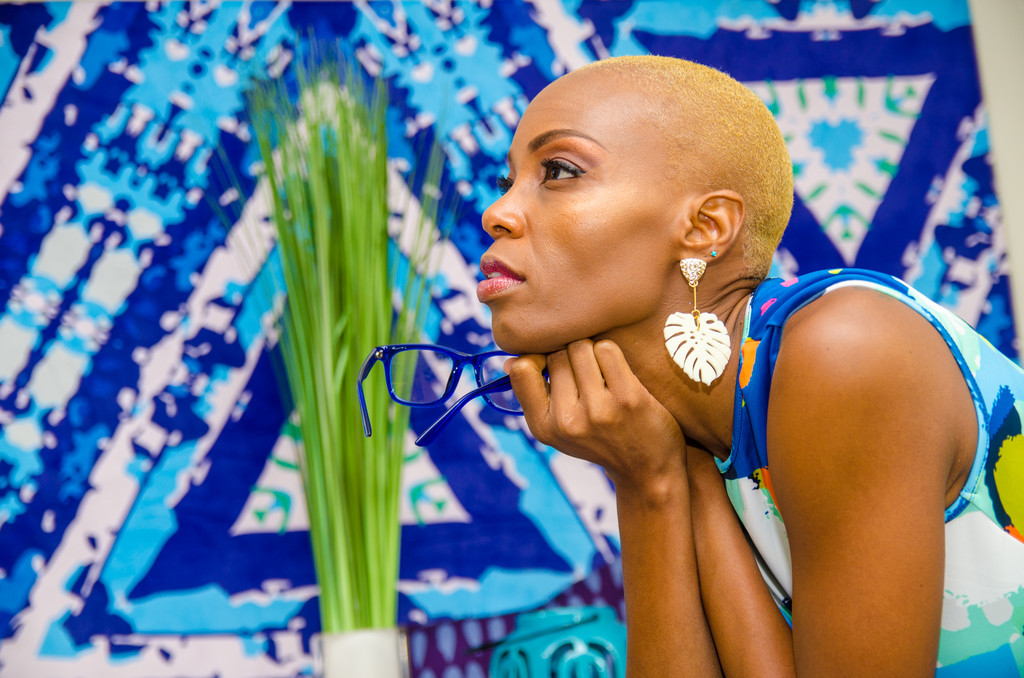 With his prints, Hackett seeks to tell stories about the Caribbean which, he believes, could only be told by someone who lives in the region. The very name of his brand, which reflects the happiness he feels about living in the Caribbean, embodies that.

Making his own prints too, was his way of ensuring his designs were one of a kind.

“I have a background in illustration and graphic design and when I was finishing up my fashion degree I didn’t like the idea of making something unique and somebody else is wearing that same fabric. To me, it takes away that uniqueness. I said I could design my print and make my garments so even if it is a simple garment the print gives it a special uniqueness. The prints were supposed to feel authentically Caribbean as opposed to somebody’s idea of a Caribbean print. I felt like there is vast potential for us there,” he said.

Hackett told Loop that although he has a side that favours neutral and basic colours, he also has another side that is fearless when it comes to colours.

“There is a part of me that really wants to explode. When I thought about here and the Caribbean and the stories we can tell through fabric, print and design I said just take colour and turn it up 200 percent. There are ways you can explore colour that doesn’t look cosquel. It is one of the cases I have been trying to make through the print and design world. Colour, when done well, could be quite amazing. I have converted so many people.”

Lush Kingdom’s aesthetic is defined by its kaleidoscope of vibrant prints. His items have expanded from clothing to household items such as rugs, all bearing his signature patterns. 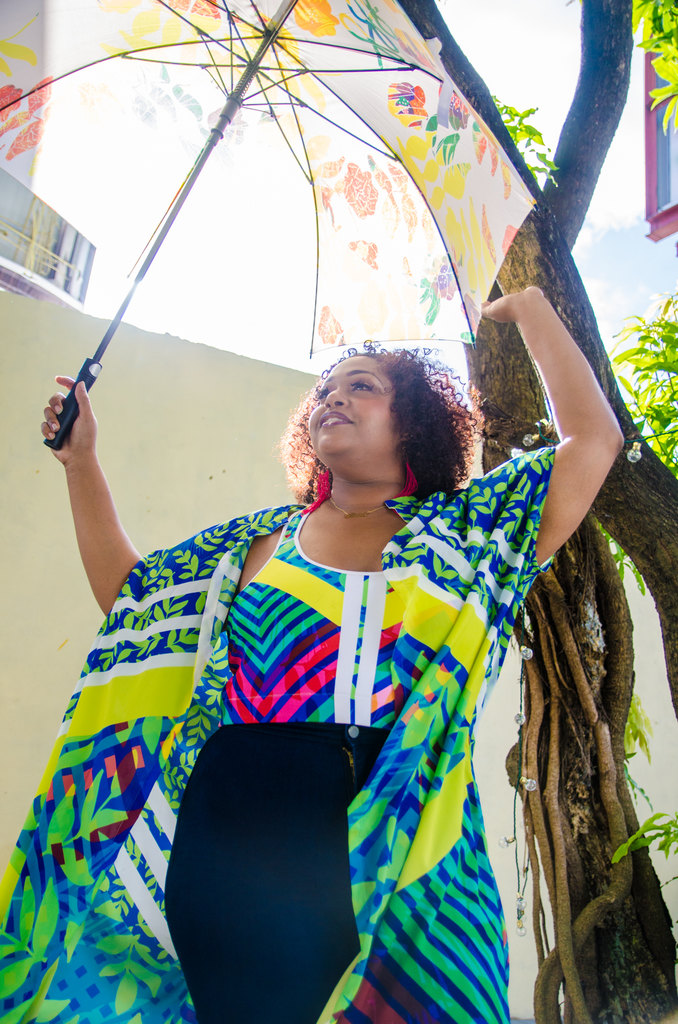 “It gave me an opportunity to have a point of view. I really want to tell stories about who we are and let who we are shine. What is a Caribbean aesthetic? I am not sure I can answer that but I tell people just be who we honestly are. There is a particular way we would draw something and put something together and that transcends race, class and colour,” said Hackett, expressing his pleasure with the works of Trinidadian designers such as Risanne Martin of Brown Cotton and Lisa See Tai.

Hackett said since more designers are pushing the Caribbean aesthetic, he has shifted his focus to doing consultations and offering his services as a fabric designer.

He is currently working with Martin and designed the pattern for footwear for her section Shaayari in the Trinidad Carnival band The Lost Tribe as well as those for Peter Elias and Adrian Raymond’s section Daastkar.

He is also working on a project with design duo Tobey and Shoma.

“Fashion is interesting and there are some folks who do what I do better so if I could help them lift their profile that is good. I want to do cut and sew pieces but I am not ready to do that yet. My secret weapon is that people haven’t seen the full range of what I could do with a full collection,” he said. 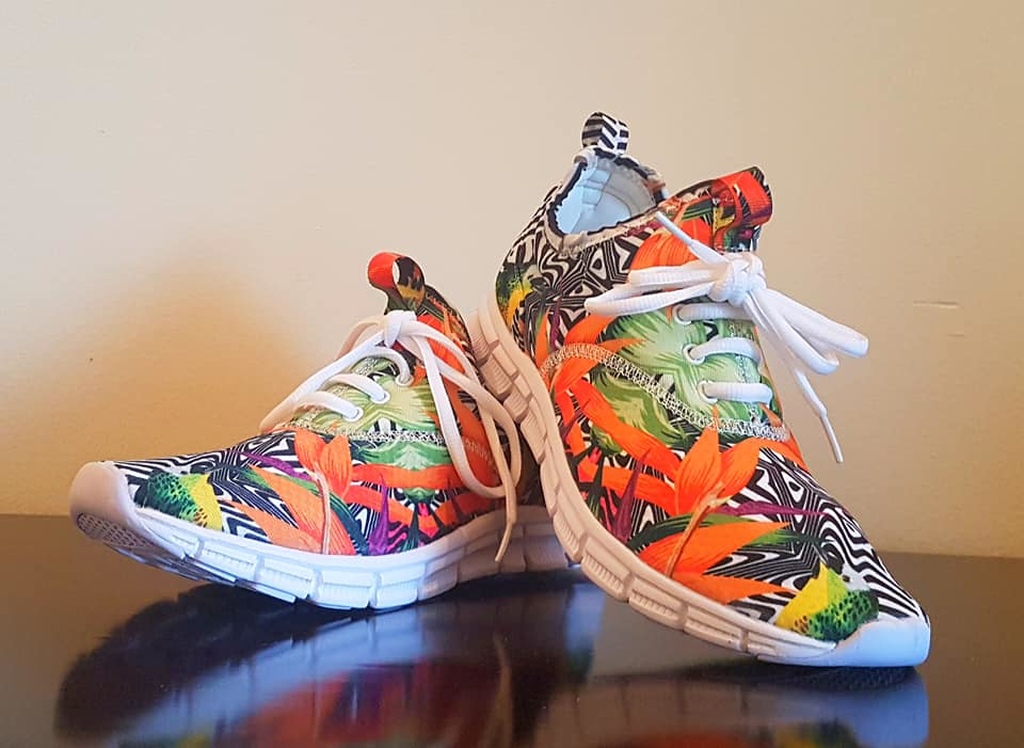 A full collection aside, Hackett said he would love to work with international brands such as Nike and Adidas.