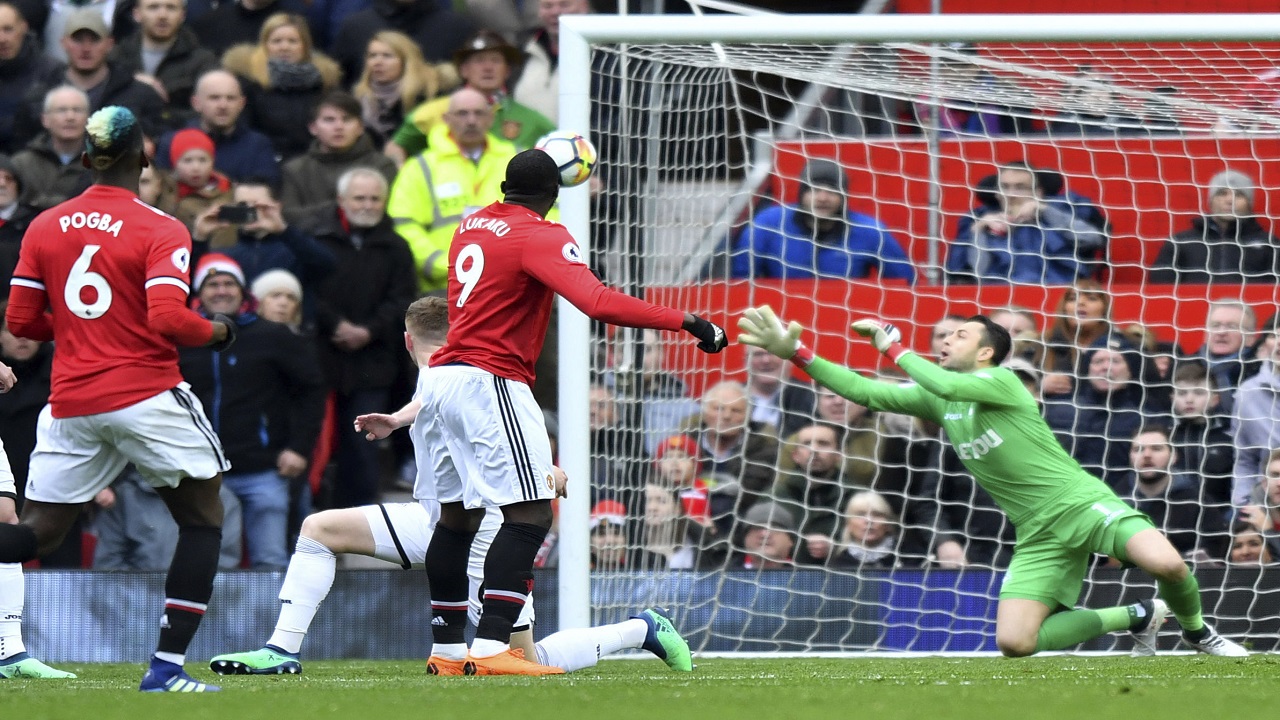 Manchester United's Romelu Lukaku, centre, watches the ball as he scores his side's first goal of the game against Swansea, during their English Premier League football match at Old Trafford in Manchester, England, Saturday March 31, 2018.

For United and Liverpool, the target in the league is finishing in the four Champions League places since Manchester City, which are at Everton in the late game, are running away with the title.

Third-place Liverpool are 10 points clear of Chelsea but have played two games more than the fifth-place champions. United are two points better off in second place with a game in hand on Liverpool. Chelsea host fourth-place Tottenham on Sunday.

It is unlikely that West Bromwich Albion will still be in the league next season, remaining 10 points from safety in last place after losing 2-1 to Burnley. Next-from-last Stoke are at Arsenal on Sunday. Southampton, which occupies the remaining relegation place, lost 3-0 to West Ham.

Palace remained two points above the drop zone, a point below Huddersfield, which lost 1-0 to Newcastle. Swansea, like Huddersfield, are only three points clear of the bottom three.

EPL: Liverpool and Tottenham wins turn up heat on Chelsea