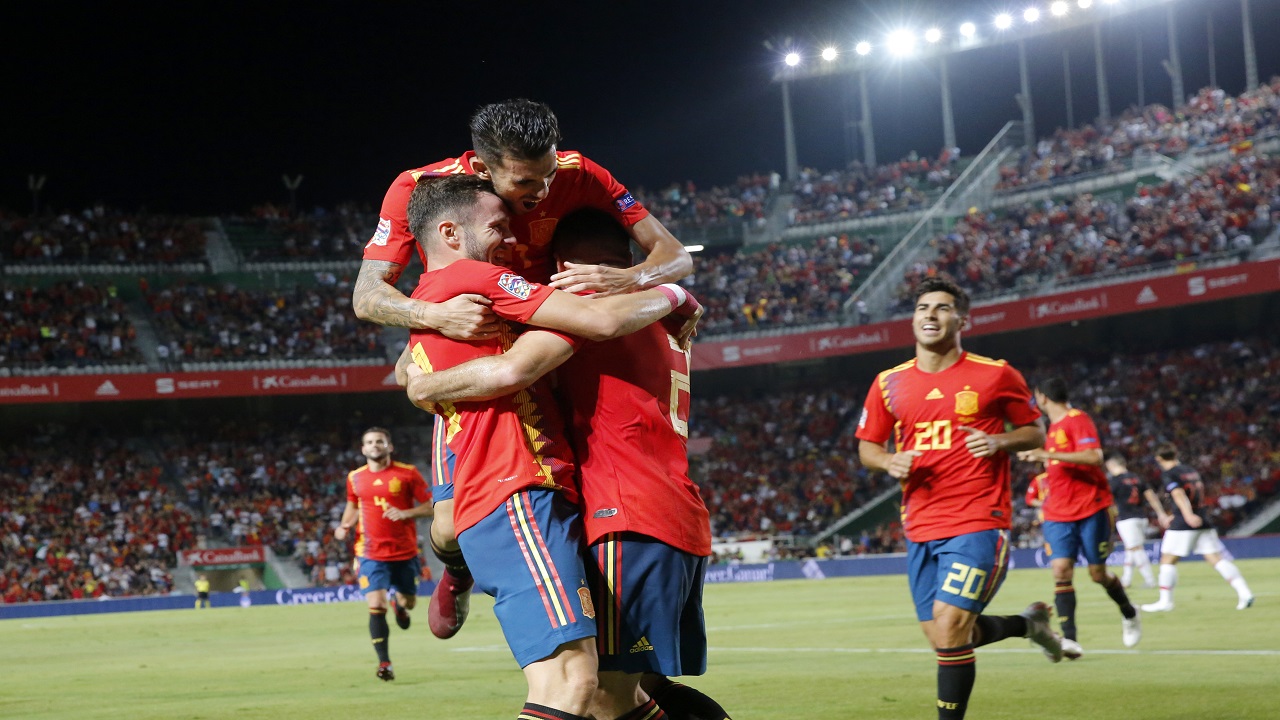 Luis Enrique couldn't have asked for a much better start as coach of Spain's national team. Two matches, two convincing wins against top opponents in the UEFA Nations League.

Spain followed their gritty 2-1 win against England at Wembley Stadium last week with a 6-0 rout of World Cup runner-up Croatia on Tuesday, keeping Enrique perfect since taking over as La Roja's coach.

It was the biggest defeat ever for Croatia, which were playing their first competitive game since reaching the World Cup final in Russia.

The victory left Spain comfortably ahead in Group 4 of the top-tiered League A in Europe's newest football competition, in good position to reach the tournament's final four in June.

In the other League A match on Tuesday, Belgium won 3-0 at Iceland in their Nations League debut.

Luka Modric's Croatia threatened early in the southeastern Spanish city of Elche, but Spain took control of the match by scoring three goals in 11 first-half minutes.

Saul Niguez, who is becoming an undisputable starter in Enrique's team, headed in a cross by Dani Carvajal in the 24th minute, then Marco Asensio hit two remarkable long-range shots in the 33rd and 35th to give La Roja a comfortable lead before halftime. His second strike bounced off the post and the back of goalkeeper Lovre Kalinic, who was awarded an own goal.

Asensio, who was not among the starters against England, also set up Rodrigo's goal early in the second half with a perfect through ball behind the defense.

Sergio Ramos, one of the remaining members of Spain's golden generation, added the fifth goal with a header off a corner kick in the 57th minute, and Isco closed the scoring in the 70th after another set up by Asensio.

Croatia, which lost the World Cup final to France, fell apart after defender Sime Vrsaljko had to be substituted due to an injury just minutes before Spain's first goal.

Croatia's biggest defeat had been a 5-1 away loss against England at Wembley in 2009.

The Croats were making their Nations League debut after playing European champion Portugal to a 1-1 draw in a friendly last week.

Enrique took over Spain after the team's elimination against Russia in the round of 16 of the World Cup. Spain was coached by Fernando Hierro in Russia after Julen Lopetegui was fired two days before the tournament.

Asensio was one of the few changes Enrique made to the team that beat England on Saturday. The former Barcelona coach also added defender Jose Luis Gaya and midfielder Dani Ceballos to the starting lineup. They replaced Marcos Alonso, Thiago Alcantara and Iago Aspas.

Just like it did against England, Spain were aggressive without the ball on Tuesday, pressing high and playing a more direct game that takes the focus away from short passes, something that has become a characteristic of Enrique's team.

Belgium earned a comfortable win over Iceland thanks to a pair of goals by Romelu Lukaku and one from Eden Hazard.

Lukaku and Hazard, whose goal came off a penalty kick, were two of Belgium's top players in their third-place campaign at the World Cup.

Belgium had defeated Scotland 4-0 in a friendly last week in Glasgow.

No Messi in Argentina squad as Simeone wins first call-up