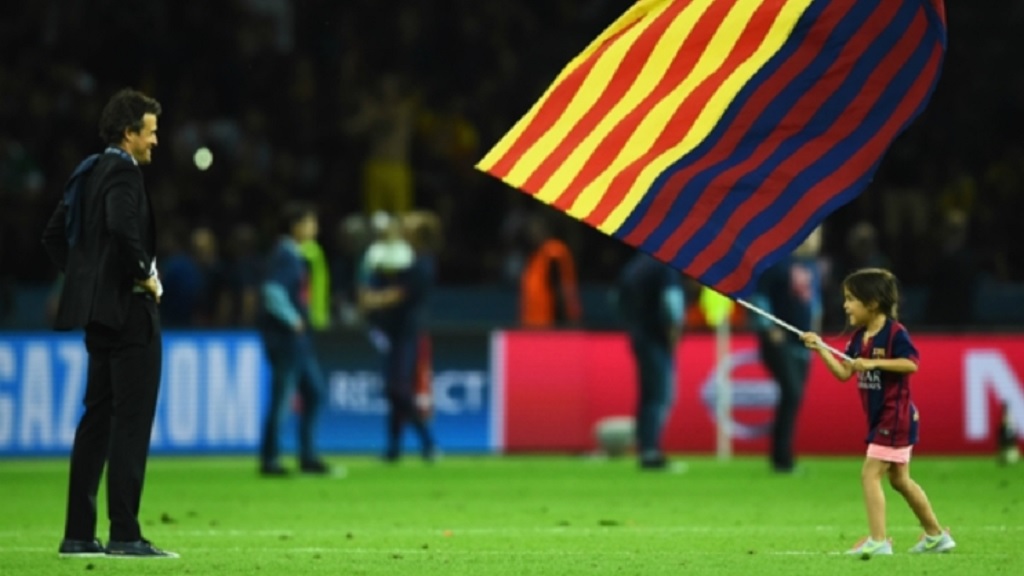 Luis Enrique with daughter Xana after the 2015 Champions League final.

Luis Enrique has announced his daughter Xana has died after suffering from bone cancer.

The former Spain coach stepped down in June after missing their three previous matches, having been granted leave in March for what was described as a family emergency.

Robert Moreno was confirmed as Luis Enrique's successor, although Luis Rubiales, head of the Royal Spanish Football Federation (RFEF), said: "Our doors will always be open to him."

On Thursday, the ex-Barcelona boss confirmed nine-year-old Xana has passed away.

"Our daughter Xana has died this afternoon at the age of nine, after fighting for five intense months against an osteosarcoma," he said in a statement posted on Twitter.

"We give thanks for all the shows of affection we've received during these months and we're grateful for the discretion and understanding.

"We are also grateful to the staff of the Sant Joan de Deu and Sant Pau hospitals for their dedication and treatment, to the doctors, nurses and all the volunteers. With a special mention to the palliative care team of Sant Joan de Deu.

"We'll miss you a lot but we'll remember you every day of our lives with the hope that in the future we will meet each other again. You will be the star that guides our family.

Spain striker Alvaro Morata wrote on Twitter: "There are no words that can comfort you in these tough moments, boss, but from here we send you all the strength and love in the world. May Xana rest in peace."

Real Madrid and Spain defender Nacho Fernandez said: "All the courage, strength and support in the world right now boss."

Barcelona also offered support, saying: "Our condolences and all our sympathy for Luis Enrique and his family at this very difficult time. RIP Xana."

Real Madrid, for whom Luis Enrique played for five years, said: "Real Madrid are deeply saddened by the passing of Luis Enrique's daughter and would like to share our condolences to him and his family at this difficult time."

The RFEF said: "The RFEF mourns the sad loss of little Xana, only nine years old, daughter of the coach and international player with Spain, Luis Enrique. We want to show our condolences to family and friends, joining us all today in their pain."

Luis Enrique to take year off after leaving Barcelona