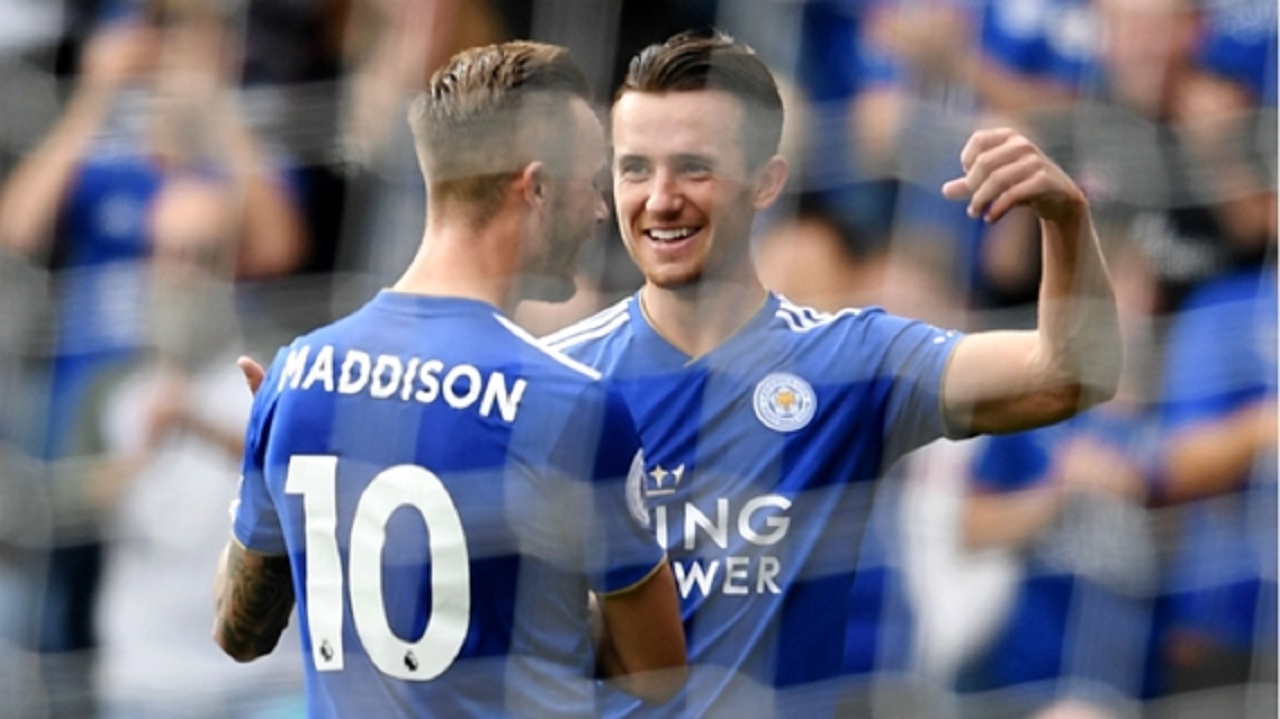 Wolves were left ruing their luck after an own goal and a deflected strike consigned them to 2-0 defeat at Leicester City, who had Jamie Vardy sent off.

The Premier League new boys looked in good shape to claim their first win of the season as they controlled the first half, hitting the post twice through Joao Moutinho and Raul Jimenez.

But Matt Doherty headed into his own net to undo Wolves' early promise, before James Maddison's strike from the edge of the box found a way beyond Rui Patricio with a touch from Conor Coady.

Vardy was shown the red card for a dangerous challenge on Doherty after 66 minutes, but Wolves were unable to make up ground in a second half of fewer clear-cut opportunities.

Wolves made a bright start and had two chances to go in front inside the opening five minutes.

Moutinho fired an effort against the crossbar after the ball was played back to him at the edge of the penalty area, before Doherty was denied from six yards by a Ben Chilwell block when he should have made Leicester pay.

Leicester were left thanking the woodwork once more in the 21st minute, when Raul Jimenez pulled the trigger from 20 yards only to see the ball bounce wide off Kasper Schmeichel after rebounding off the left-hand upright.

But, having fluffed his finish at one end earlier in the half, Doherty inadvertently sent a firm header beyond his own goalkeeper at the other after 29 minutes, misjudging a deflected Marc Albrighton cross.

Maddison's effort, which found the bottom corner via a deflection off visiting skipper Coady, will have left Wolves wondering how they were 2-0 down at the end of a half they dominated for so long, and Vardy's dismissal did not prove to be the catalyst for a fightback.

OVER AT LONDON STADIUM: The early season alarm bells are ringing louder for West Ham after Bournemouth came from behind to win 2-1 at London Stadium on Saturday.

Thrashed 4-0 at Liverpool last weekend, Manuel Pellegrini's side meekly crumbled to a second successive defeat by giving up two soft goals in the space of six second-half minutes.

Callum Wilson cancelled out Marko Arnautovic's first-half penalty with a fine solo effort on the hour and the Cherries' stirring fightback was complete when Steve Cook headed home from a set piece.

Eddie Howe's men, 2-0 winners over Cardiff City seven days ago, have now won four straight Premier League matches for the first time in their history, having signed off from last season with back-to-back victories.