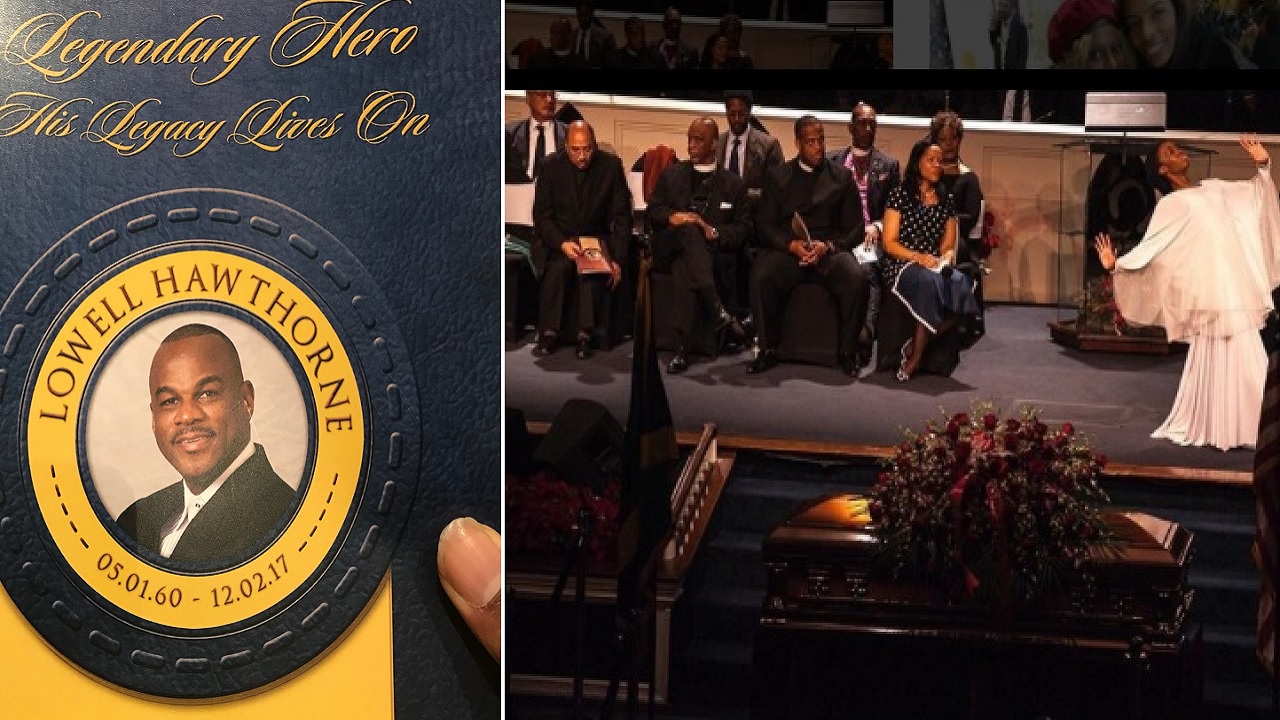 At left is the cover of the programme at late businessman Lowell Hawthorne's funeral in New York on Tuesday. At right, a dancer performs a dance during the service. (PHOTOS Jarayne Pinnock and Instagram)

Flowers arranged to depict the renowned Golden Krust Caribbean Bakery & Grill symbol sat alongside a portrait of the restaurant chain's late founder, Lowell Hawthorne, at the foot of the Altar inside the Christian Cultural Center in Brooklyn, New York on Tuesday morning amid an emotional funeral service for the late business tycoon.

Hundreds of mourners braved the cold and packed inside the megachurch to pay their last respects to the beloved Jamaican-born entrepreneur who died from a self-inflicted gunshot wound in early December.

Hawthorne, 57, was remembered as a God-fearing and compassionate man in tributes delivered by friends, relatives and dignitaries including Jamaica’s former Prime Minister PJ Patterson and current leader Andrew Holness, both of whom were not present at the ceremony but had their speeches delivered by representatives. 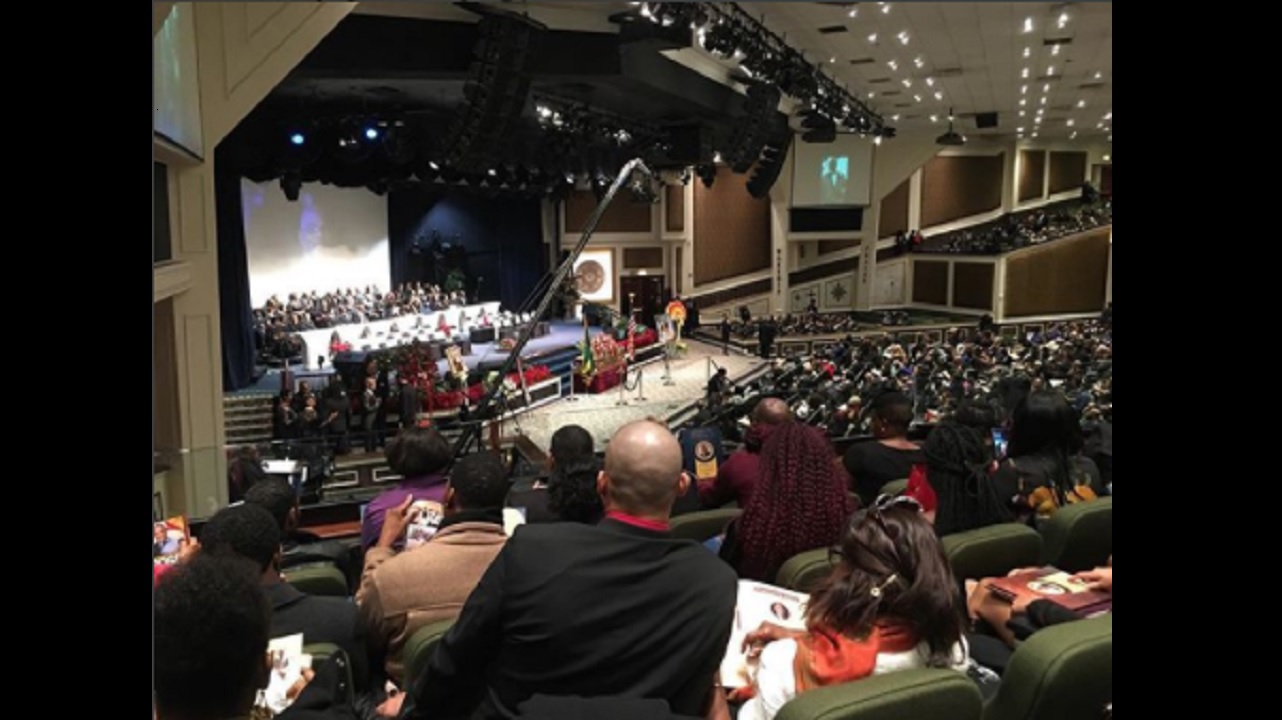 “Lowell has brought hope and possibilities to many young Jamaicans through the Golden Krust scholarship,” Patterson said in reference to the scholarship named after Hawthorne’s parents – the Mavis and Ephraim scholarship - which allowed about 350 students to go to college.

“He was a man of integrity, he found time to help others despite his many commitments,” Patterson said.

Hawthorne received numerous awards over the years - O.D., C.D., DLITT., (Hon), LLD (HON.) are just some of the titles the businessman achieved. Other titles were father, grandfather, and husband.

He leaves behind his wife, Lorna Hawthorne; and four children—sons Haywood, Omar and Daren; and daughter Monique.

Omar Hawthorne delivered a touching tribute to his late father, stating: “Thank you for teaching me never to take anything for granted and pushing me to become the best possible man I could be.”

Lowell Hawthorne built a patty empire that stretched across nine US states after migrating to the North American country from Jamaica in 1981.