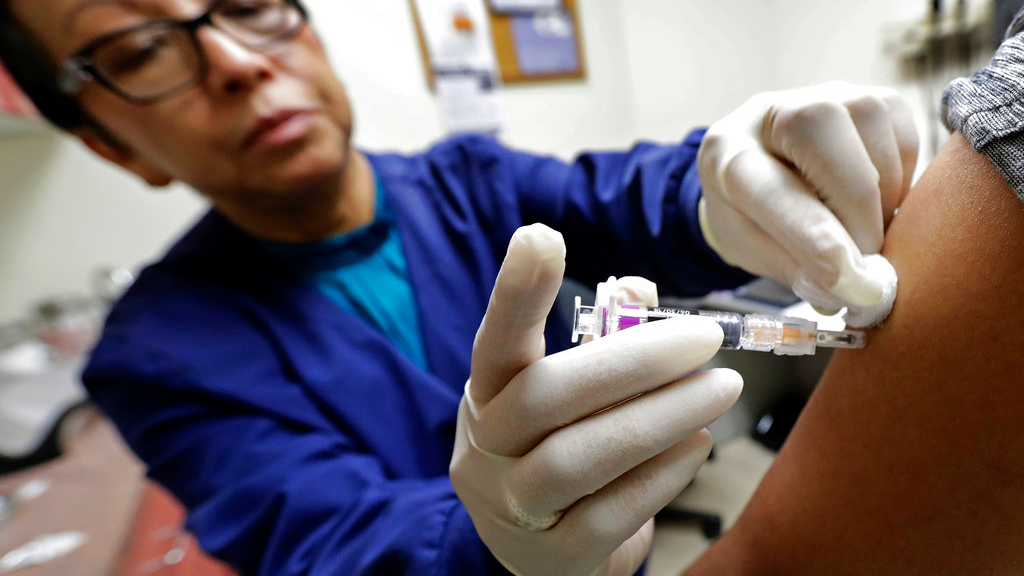 Despite previously warning that the flu season could turn deadly and urging persons - particularly those who fall in the high risk category - to get vaccinated, Health Minister Dr Christopher Tufton is reporting low take-up of the flu vaccine so far.

Tufton, in a ministerial statement in the House of Representatives on Tuesday, revealed that 25,400 doses of trivalent influenza vaccine were distributed through the four regional health authorities.

However, he lamented that only 2,370 doses of the vaccine were administered in November and December 2019. This is based on preliminary reports from the National Epidemiology database.

“I wish to implore persons who fall in the high-risk groups, to ensure that they are vaccinated against the flu. At the same time, I encourage private healthcare providers to procure the influenza vaccine through private distributors, in order to provide for the general population,” Tufton said.

The minister told the House that two strains of the flu virus are currently circulating in Jamaica – the potentially deadly Influenza A H1N1 and the Influenza A H3N2.

Six persons were killed by the H1N1 strain of the virus between January and June 2019. Tufton advised, while responding to a question posed by the Opposition spokesman on health, Dr Morais Guy, that no deaths from the virus were reported for the second half of the year. Three of the persons who died from H1N1 last year were over 60-years-old and Tufton noted that this age group was particularly vulnerable.

People with chronic illnesses, children and the elderly as well as pregnant women are also at high risk for complications from the flu.

Jamaica’s flu season typically starts around October, peaks in the winter months and can last until May. Tufton lamented that it has been a difficult task getting Jamaicans to get vaccinated.

In appealing to persons to take up the vaccine, Tufton noted there is no cost attached to the potentially life-saving substance in the public sector.

Those to whom the vaccine is made available in the public sector are healthcare workers, non-health frontline workers, high-risk members of the population, children and the elderly with chronic illnesses, pregnant women and individuals who are institutionalised or in state care.

It is recommended that the vaccine be administered each year before the start of the flu season.

Foods to avoid when you have the flu