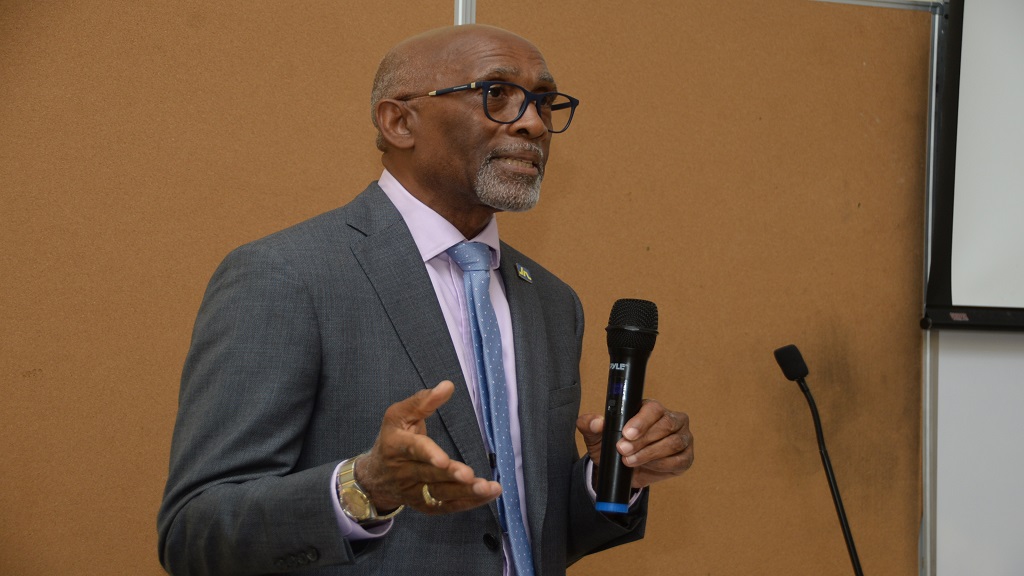 Carlton Earl Samuels, chief development financing officer of the Jamaica National Group, is positing that low levels of financial literacy among young people classified as Generation Y, or those otherwise known as ‘millennials’, may be impeding their ability to own property and create wealth for themselves.

Millennials are recognised as the generation born 1980-1995.

He made the point recently while addressing a panel discussion about the housing sector, at the University of Technology, Jamaica (UTech), under the theme:, “The Housing Sector as a Seller’s Market and the Affordable Ways in which this Market Can Be Made to Accommodate Millennials.”

Samuels argued that although there are growing opportunities in the real estate market, particularly at the middle income level, many millennials were not prepared to take advantage of them because they were not sufficiently financially literate.

He noted that financial literacy appeared to be especially low among millennials born in the 1990s, many whom are now entering the job market, and do not have a basic understanding of the mortgage process, savings and investment.

Citing the National Endowment for Financial Education in the United States of America, which earlier this year found that only 24 per cent of millennials demonstrated basic financial literacy skills, he stated that while no local data was available, he believes that the situation in Jamaica may be similar.

He observed that the focus for many millennials is first to acquire a depreciating asset, such as a motor vehicle, soon after they start working, which he said was not always necessary.

Samuels asserted that some millennials were not saving or investing and were, therefore, unprepared for the costs involved in purchasing property, such as the deposit for the property, or the funds to close the mortgage.

Pointing to a trace study by The University of the West Indies in 2011, he noted that this was despite the fact that many millennials were tertiary educated and earning about nine per cent more than the general labour force.

“Our own recent survey of a group of millennials indicated that 78 per cent of those surveyed are tertiary educated and are earning between $1 million and $5 million,” he added.

Samuels acknowledged, however, that many were saddled by student loan debt and not all were thriving because of the generally low economic growth over the decades, although the climate is improving.

Notwithstanding that, Samuels maintained that improving financial literacy levels, could improve attitudes of thrift and investment among young people and noted that the JN Group, through its BeWise financial empowerment programme and JN Way initiative in tertiary institutions, has been assisting to empower young people in the manner.

In addition, he noted that JN Bank also assists to address the issue of affordability among millennials through its Design Your Mortgage options, which includes a graduated mortgage to allow young professionals the opportunity to start with a low monthly payment that gradually increases as their employment status improves.

Housing prices out of reach

Beyond financial literacy levels, however, Dr Carol Archer, associate professor in the Faculty of The Built Environment at UTech, who was one of the panellists, argued that housing prices are growing out of reach.

She said that: “The research is showing globally, not just here in Jamaica, but there is strong possibility that a number of you will be living with your family members, most likely your parents, for years to come,” she said.

Dr Archer attributed this lack of affordability, to the fact that globally, housing has been “financialized” and “monetized” and turned into an investment vehicle, which has resulted in an oversupply of luxury homes; and a lack of affordable housing, which are units available within 30 per cent of the average person’s income.

'Young people, retirees can use tax cuts to acquire property'