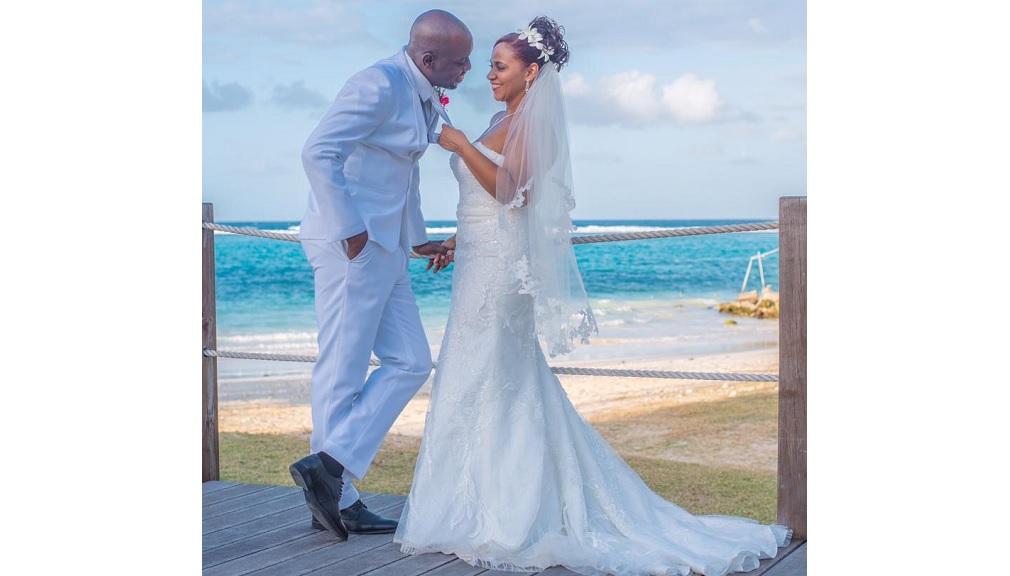 There is a famous saying by the Chinese that goes, 'may we live in interesting times'. And as the threat of COVID-19 rages all over the world, it is indeed 'interesting times' - with the new virus ushering in new rules for social interactions and 'outbreak etiquette'.

The newly-married Oneil and Colleen Virgo had been preparing to say their vows for months, before this burgeoning public health crisis threatened to disrupt their once-in-a-lifetime marital ceremony on Sunday. But, despite the fear, they felt the 'show must go on' and, in so doing, all social distancing protocol was observed, except for the traditional kiss.

"We actually kissed at our wedding. There were a few hugs because these were close family members, most of whom lived in the same household. However, there were a number of fist bumps as well. The layout of the chairs allowed for social distancing," Mrs Colleen Virgo, who is a beauty salon owner, told Loop News.

No elbow bump for this loving couple!

Having dated for two years, only a Revelations-like end of the world scenario could have stopped these two from tying the knot.

"We are so much in love," Mr Oneil Virgo, a compliance inspector for National Housing Trust, said.

"The only way the ceremony wouldn't have been held is if the hotel had been closing down. In fact, the hotel closed right after we got married, we were the only two guests when we were leaving." 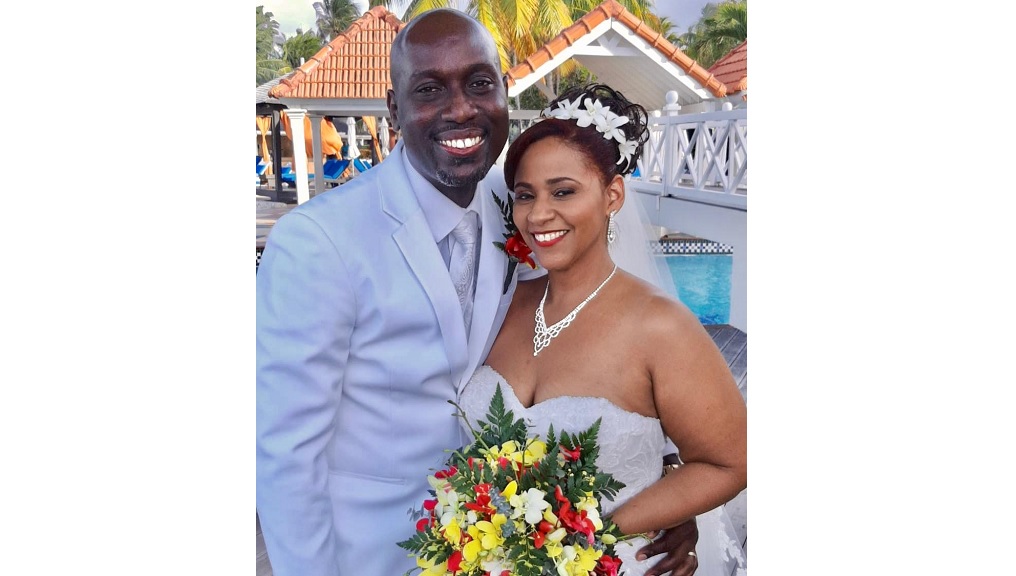 Still, there were challenges. Initially, the Virgos had to downsize the guest list and preparation for their swanky post-marital soiree and wedding reception.

"The coronavirus did affect our wedding plans. We initially had a guest list of over 100 invitees but following the news about the 10 persons being infected (at that time), in addition to the spread in the US over a week ago, some of our overseas visitors began cancelling...this included close family members. Other elderly persons locally began cancelling as well," Mrs Virgo explained.

The loss of human experience is unfathomable, but given the extraordinary situation, the couple then did the inevitable: they dropped the axe, cancelling the reception.

"It was hard, the reception had been planned for indoors and we had to make contact with everyone else, notifying them of the changes," Mrs Virgo said.

Then the axe fell again, this time on the wedding ceremony itself when the government limited gatherings to a maximum of 20.

"This caused us to go into chopping mode as we decided that we would not postpone our wedding. Hence we had to reduce the numbers to just close family members. We found it very hard to call back persons to give them the sad news, but they understood. In light of this, we made several adjustment to our planned activities," Mrs Virgo added.

The couple also had to postpone their honeymoon cruise - perhaps for the foreseeable future, given the catastrophic state of the cruise ship industry - until the pandemic abates.

"We had to postpone a cruise which we planned for our honeymoon and the flight as well. We ended up staying one night at the Jewel Dunn's River Resort in Mammee Bay, St Ann, where we had our wedding ceremony. Of course, most guests had left as the hotel planned to close in short order. Overall, it ended very well. The hotel really came through for us. So we really enjoyed our day," she said.

There was only one upside to the coronavirus debacle - the Virgos were able to save a few bucks, but is that enough to soften the blow of relatives who missed those milestones?

"We missed people who we would've loved to be there but we managed to save quite a bit. So it wasn't bad after all," Mrs Virgo said.

Given the expected financial fallout from the disease, a few extra thousand dollars in the bank account for the tough days that lie ahead may not be such a bad idea after all, even if mere dollars cannot quantify the loss of human experience that this crisis has wrought.