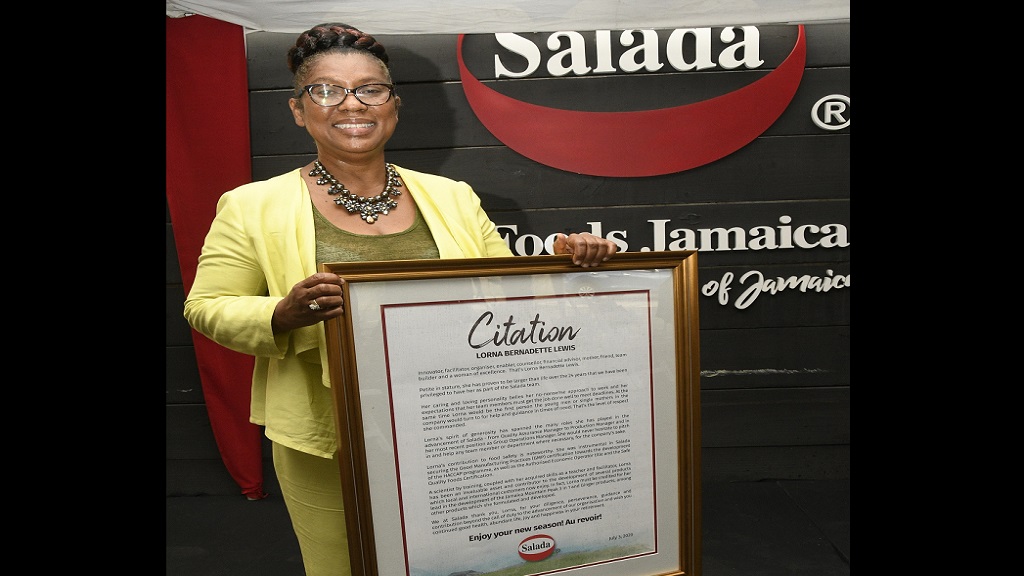 Lorna Lewis, former group operations manager at Salada Foods Jamaica bid a final adieu to 24 years of overseeing the production of one of Jamaica’s most iconic brands — Jamaica Mountain Peak.

Her journey in manufacturing began at the Central Laboratory of the Seprod Group of Companies. Lewis was to quickly ascend the ranks from quality control inspector to quality control officer to supervisor and then to quality assurance manager.

The experience she garnered at the Seprod Manufacturing Group of Companies, took her across all the plants from the grains and cereals, feeds, fats and oils, soaps and detergents.

Lewis has been an invaluable asset and contributor to the development of several products, which local and international customers enjoy, during her tenure at Salada Foods.

In fact, she is credited for her lead in the development of the Jamaica Mountain Peak 3-in-1 instant coffee and ginger products.

John Mahfood, CEO at Jamaican Teas also credited Lewis for the strong performance of his own ginger product line. 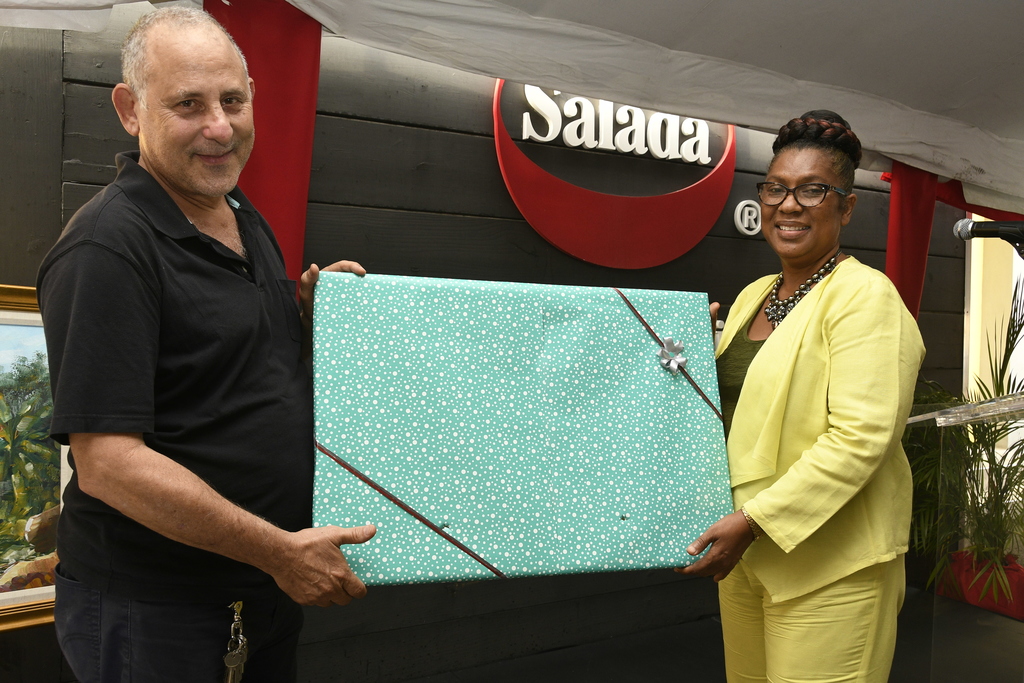 “She is always on top of things, and there are no excuses because there are very few errors,” stated Mahfood. “She gets the raw materials on time, and she gets the production done. She puts products down for us so that even if there is a glitch in production we have the products. So it is this consistency that has been there that has allowed us to grow the product and grow the sales over the past 10 years.”

Mahfood further praised the positive working relationship he had with Lewis and how she contributed to Salada’s brand as a manufacturing leader in the region.

“I think that Salada is one of the few companies in Jamaica that really shows professionalism and really produces the products when they should. Whenever I called Lorna with a problem, she was on it. If there was a customer complaint she gets into it, she takes it very seriously and the professionalism that she displays is fantastic. And this is something that a lot of Jamaican managers and employers could learn from and see the difference it makes in your enjoying your job as well as the results that come from acting in that way.”

Lewis’s contribution to the manufacturing conglomerate’s food safety record is also noteworthy. She was instrumental in Salada Foods securing the Good Manufacturing Practices (GMP) certification towards the development of the Hazard Analysis & Critical Control Points (HACCP) programme, as well as the Authorised Economic Operator title and the Safe Quality Foods Certification.

Patrick Williams, Salada Foods Jamaica chairman in his address at the Au Revoir retirement celebration at 20 Bell Road on Friday, July 3, noted that “Twenty-four years is a long time to be in any one place and Salada is grateful for your service, your dedication and the contribution you have made to the company and its successes. On behalf of the board, I wish you well and I wish you health and happiness and most of all God bless, thank you and enjoy your retirement.” 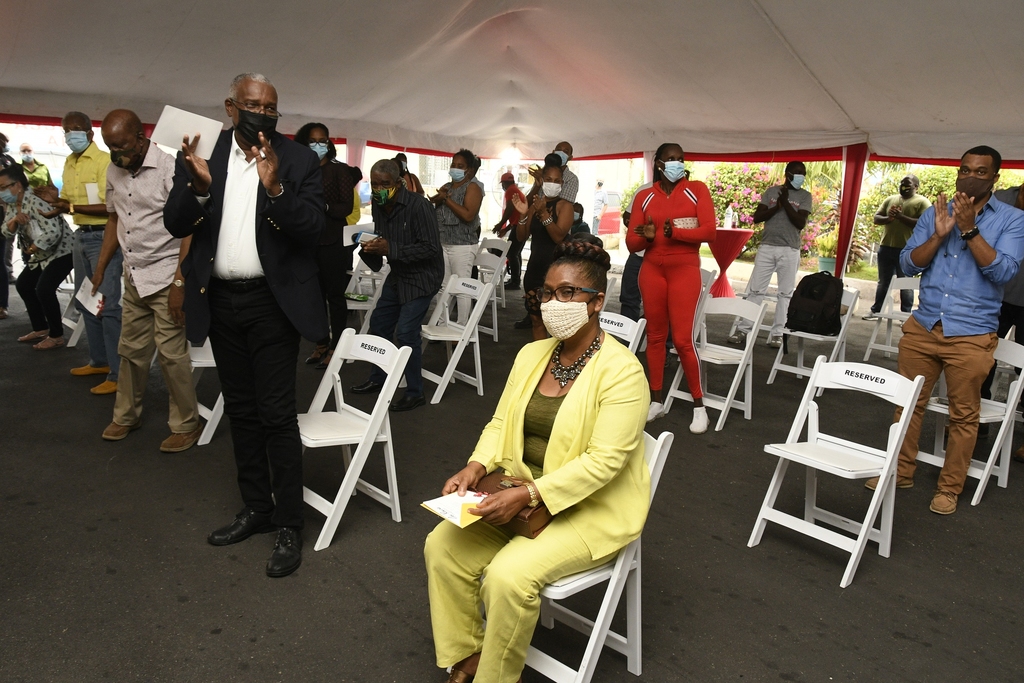 Prior to her departure from Salada Foods, Lewis closely mentored her successor Stephen Lloyd for over five months to step into the role of operations manager.

Lloyd is a biochemist and microbiologist, has over 12 years of experience in operations and production management combined. Formerly the chief operating officer at Caribbean Cream Ltd, Lloyd would be most recognisable for his 11 years of service at Red Stripe where he started his career.