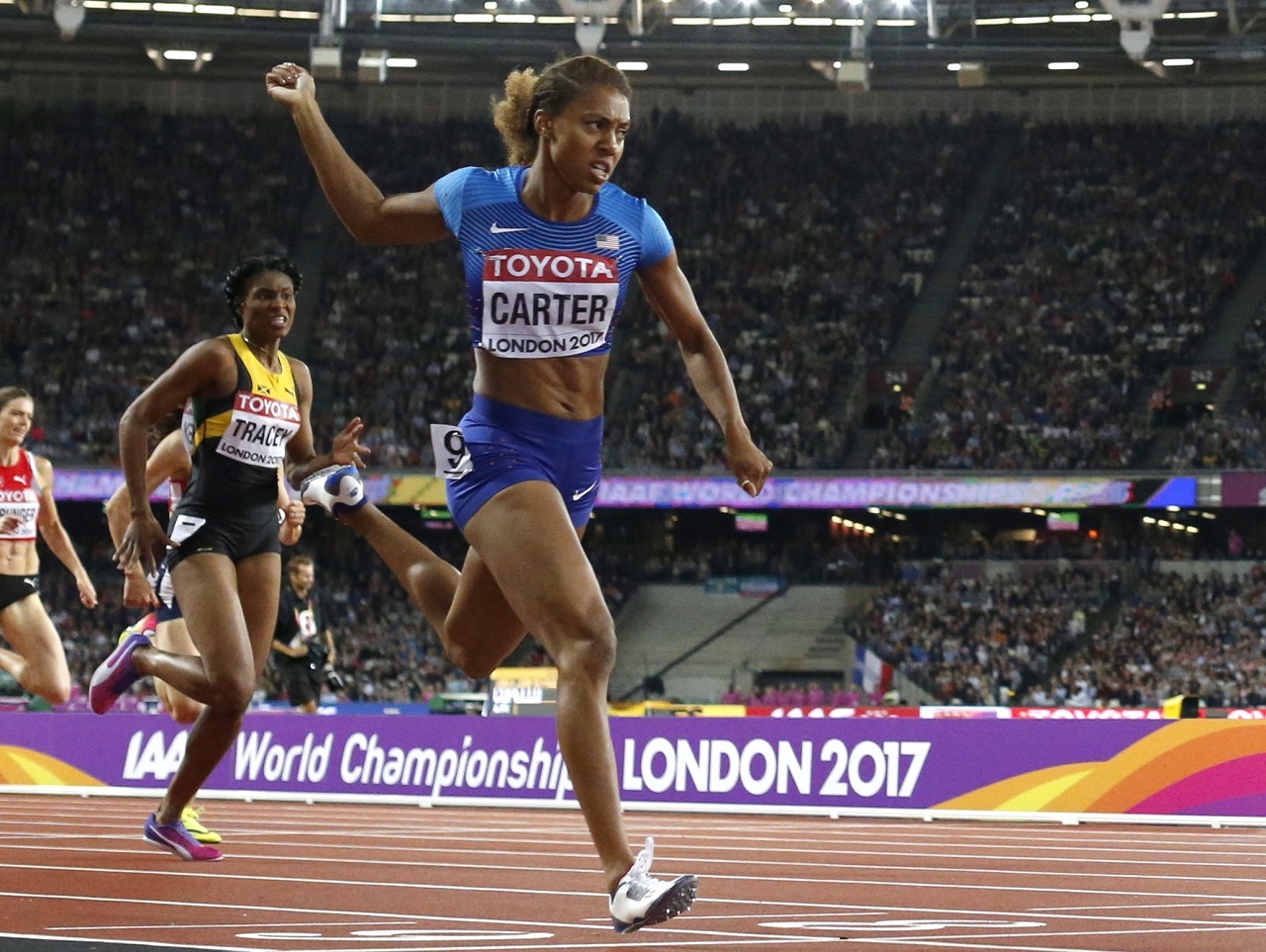 Jamaican Ristananna Tracey posted a lifetime best 53.74 seconds to win the bronze medal in the women's 400-metre hurdles at the 2017 IAAF World Championships in London on Thursday.

American Kori Carter, running in the outside lane, won the gold medal ahead of her teammate Dalilah Muhammad.

Carter picked up speed after 100 metres and never looked back, finishing in 53.07 seconds, .43 seconds ahead of Muhammad.

As expected, Muhammad, the Rio Olympic champion went out fastest, visibly ahead as she sailed over the first hurdle. She padded her lead through the back stretch but the field --more specifically  Hejnova Tracey in lanes six and seven-- began narrowing the gap midway through the final bend.

Muhammad fended them off as she came off the turn, but likely didn't notice that Carter was already running even with her as they approached the eighth hurdle. Carter built a small lead by the time the pair approached barrier nine and was all but clear as they cleared the tenth.