LONDON 2017: Jamaica will have two women in triple jump final 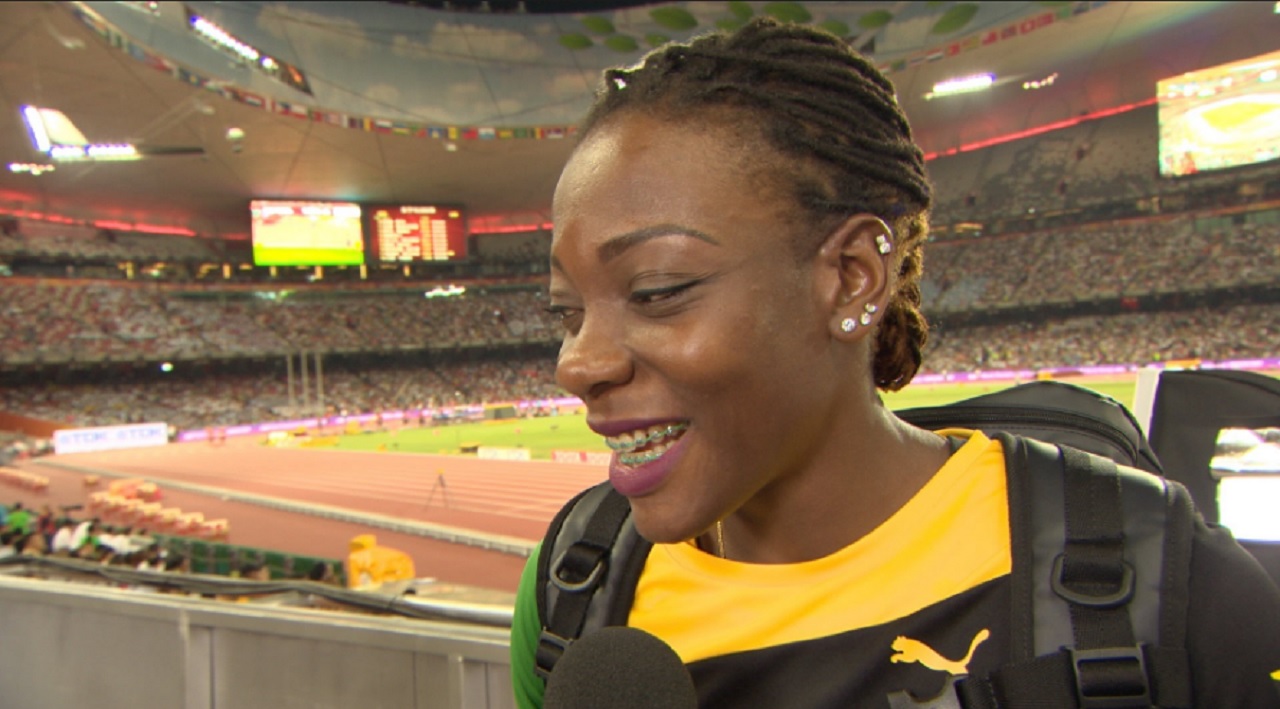 Jamaica will have two women in Monday's final of the women's triple jump at the 2017 World Championships in London.

Shanieka Ricketts advanced with an automatic qualifying mark of 14.21m, along with Kimberly Williams, a finalist in the last two Olympics. Williams reached 14.14m, one of five jumpers who advanced on distance.

Competing in Group B of the qualification round on Saturday's third day of action, Ricketts achieved the qualifying jump on her third effort to finish fourth in the group. She only had two jumps, her first effort was 13.93m.

And Williams, competing in Group A, just made it to the final on her third and final jump. She opened with 14.09m before producing a foul jump on her second attempts.

As expected, pre-champs favourites Caterine Ibarguen and Yulimar Rojas easily booked their spots in the final.

Ibarguen, who is seeking a third successive title, sailed 14.21m with her first leap, reaching the automatic qualifying mark with one centimetre to spare.

"There are no doubts," said the 33-year-old Colombian, who took the Olympic title last year. "I am aiming for a third world championships victory in London. Winning in Rio was great but I am still hungry for more."

The 21-year-old Rojas, who emerged last year as Ibarguen's most serious challengers since the Colombian took control of the event in 2013, produced the second best jump of the morning, but needed a second leap to move on. Shaking out the rust with 14.17m with her first attempt, she followed up with 14.52m to call it a day.

"I'll have to work hard to win in the final but I will show that I am capable," said Rojas, who took silver in Rio last year behind Ibarguen. "I'm a little upset about needing two jumps to qualify, but I have been working a lot on the psychological part of the competition, too."

The farthest jump of the day came courtesy of Olga Rypakova, the 2008 Olympic champion from Kazakhstan. The 32-year-old, competing in Group B, reached 14.57 with her first leap to also call it an early day.

"I was a little bit worried before today's qualification as my current season was far from ideal," said Rypakova, who arrived in London with a 14.64m season's best. "I was surprised that I have managed to fulfill qualification in the first round."

With a fairly modest 14.20m leap required to qualify --the shortest at a World Championships since 2005-- the round produced no major casualties.

Meanwhile, Jamaica's O'Dayne Richards, the IAAF world bronze medallist from 2015, who improved his national record this season to 21.96m at the IAAF Diamond League meeting in Rabat,  missed out on qualification in the men's shot put final. He had a best throw of 19.95m