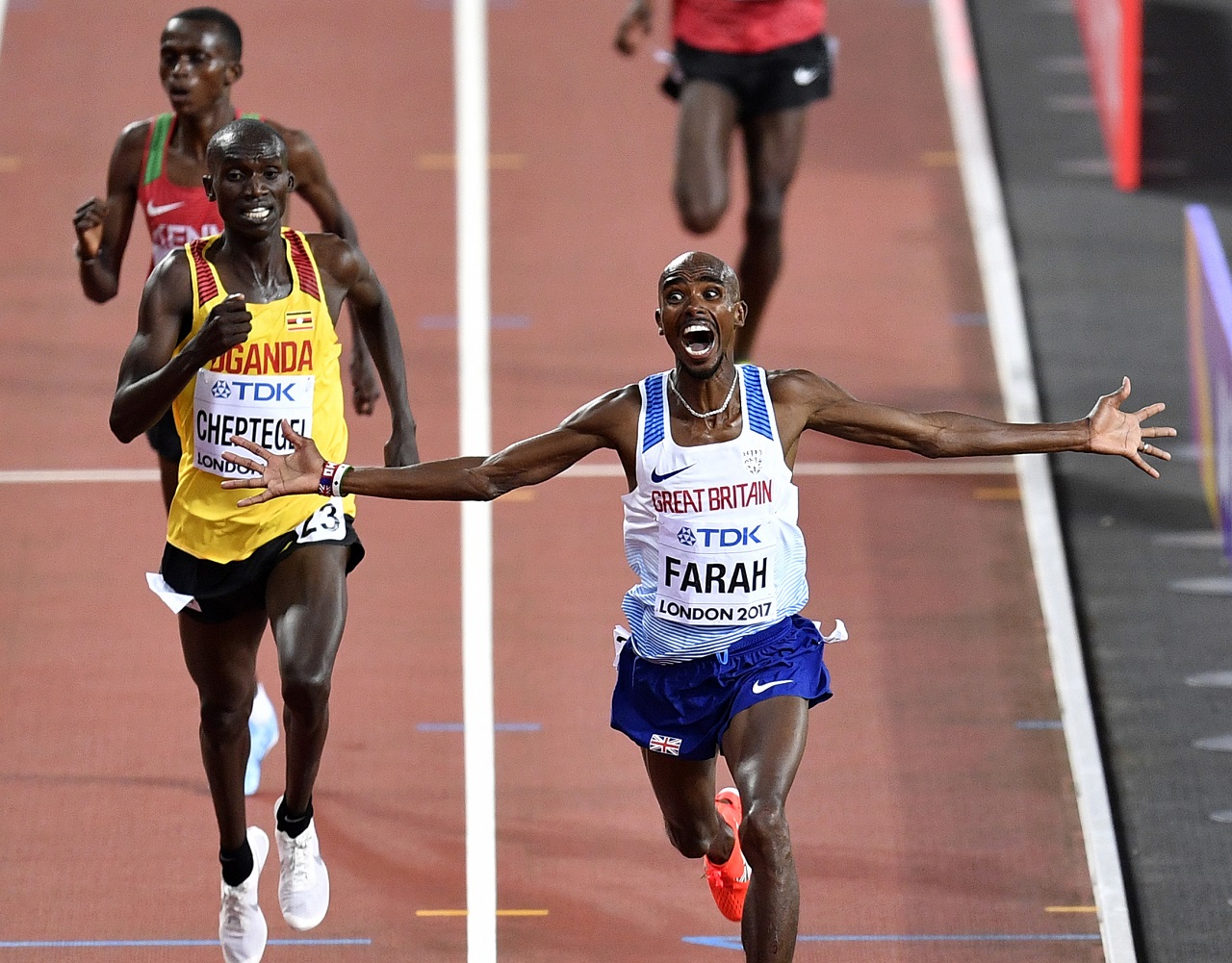 Mo Farah produced one of the finest performances of his glittering career to win the men's 10,000 metres at the IAAF World Championships for a third time and delight a packed London Stadium.

Farah was the favourite to prevail on home soil, having sensationally claimed gold medals in his last nine major global finals over 5000m and 10,000m.

Yet the Briton was forced to produce his very best to earn a sixth world title, as his rivals combined to set a fierce pace in the final event of the championships' opening session.

Despite being tested by a series of surges in pace, Farah nevertheless kicked clear in trademark fashion over the final 100m to win in 26 minutes and 49.51 seconds, the fastest time of the year.

Uganda's Joshua Cheptegei took second in 26:49.94, his own fast finish not enough to seriously challenge the champion, while Paul Tanui (26:50.60) claimed bronze for Kenya.

Farah will now hope to complete yet another long-distance double - the feat he has completed at the last four global championships - with victory in next week's 5000m.

The four-time Olympic gold medallist was content to sit at the back of the field early on and appeared relaxed as he briefly hit the front after 10 laps, gesturing to the crowd to raise their support.

A number of athletes found the pace too tough to handle as the race neared its closing stages, but Farah continued to look strong amid several attacks.

Abadi Hadis was alongside Farah with two laps to go, but the Ethiopian could not sustain his pace and finished a distant seventh.

Instead, it was Cheptegei and Tanui who represented the major threats to the home hero, but Farah once again proved to be in a class of his own, another stunning sprint finish earning yet more glory for the dominant figure in track distance running.

LONDON 2017: I have to get this together, says Usain Bolt