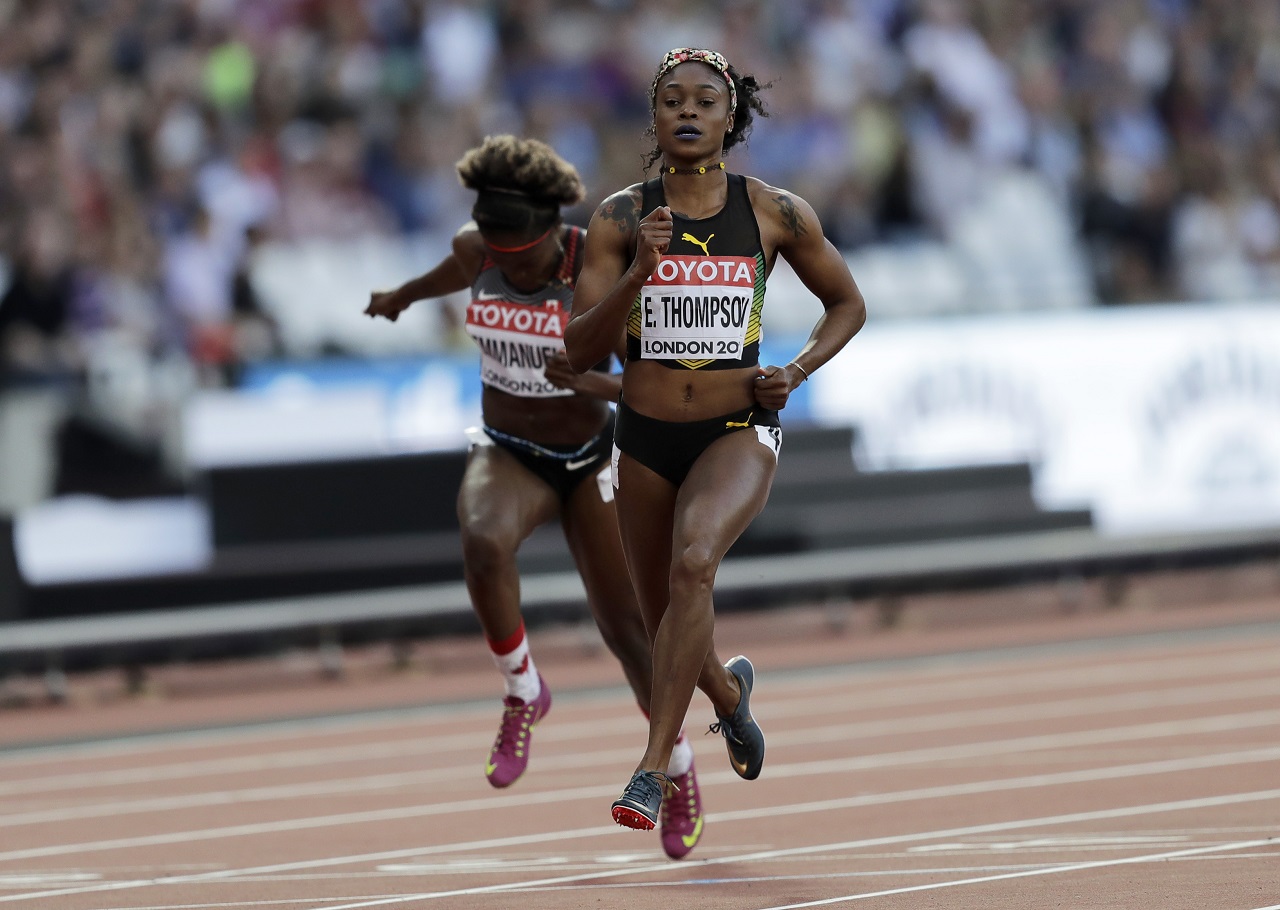 Jamaica's Elaine Thompson competes in a Women's 100 meters semifinal during the World Athletics Championships in London on Sunday, Aug. 6, 2017.

Olympic champion Elaine Thompson set the top time in the semifinals of the women's 100 metres on Sunday at the 2017 IAAF World Championships in London.

After Justin Gatlin beat Usain Bolt to get the United States first on the board in the great U.S.-Jamaican sprint rivalry, it will be up to Thompson to get even. The Americans have only one runner in Sunday's final, Tori Bowie. She won her heat in 10.91.

Jamaica also have one runner in the final as the other three crashed out.

With the defending world champion Shelly-Ann Fraser-Pryce pregnant and not in London, Thompson is the runaway favourite to follow up her 2016 Olympic 100m title with another gold medal.

The Jamaican has recorded the two fastest times this year and she showed her proven class by bursting out of the blocks in her semi-final.

Thompson won in a fine time of 10.84 seconds ahead of Brazil's Rosangela Santos, who set a South American record in second, and she will be hard to stop in Sunday's showpiece final.

Dafne Schippers was beaten by Marie-Josee Ta Lou in her heat and she lost out again as the Ivorian won the first semi in a season's best time of 10.87secs, the Dutch 200m specialist qualifying automatically in second.

Double sprint champion at the 2015 African Games, Ta Lou looks a genuine contender for a medal after pulling away from Schippers and seemingly having plenty in reserve to go even faster.

In the last of the three semi-finals, Bowie looked strong as she cruised clear to win ahead of Ta Lou's compatriot Murielle Ahoure.

Qualifying for the 100m final as the fastest losers were Kelly-Ann Baptiste and Michelle-Lee Ahye of Trinidad and Tobago.