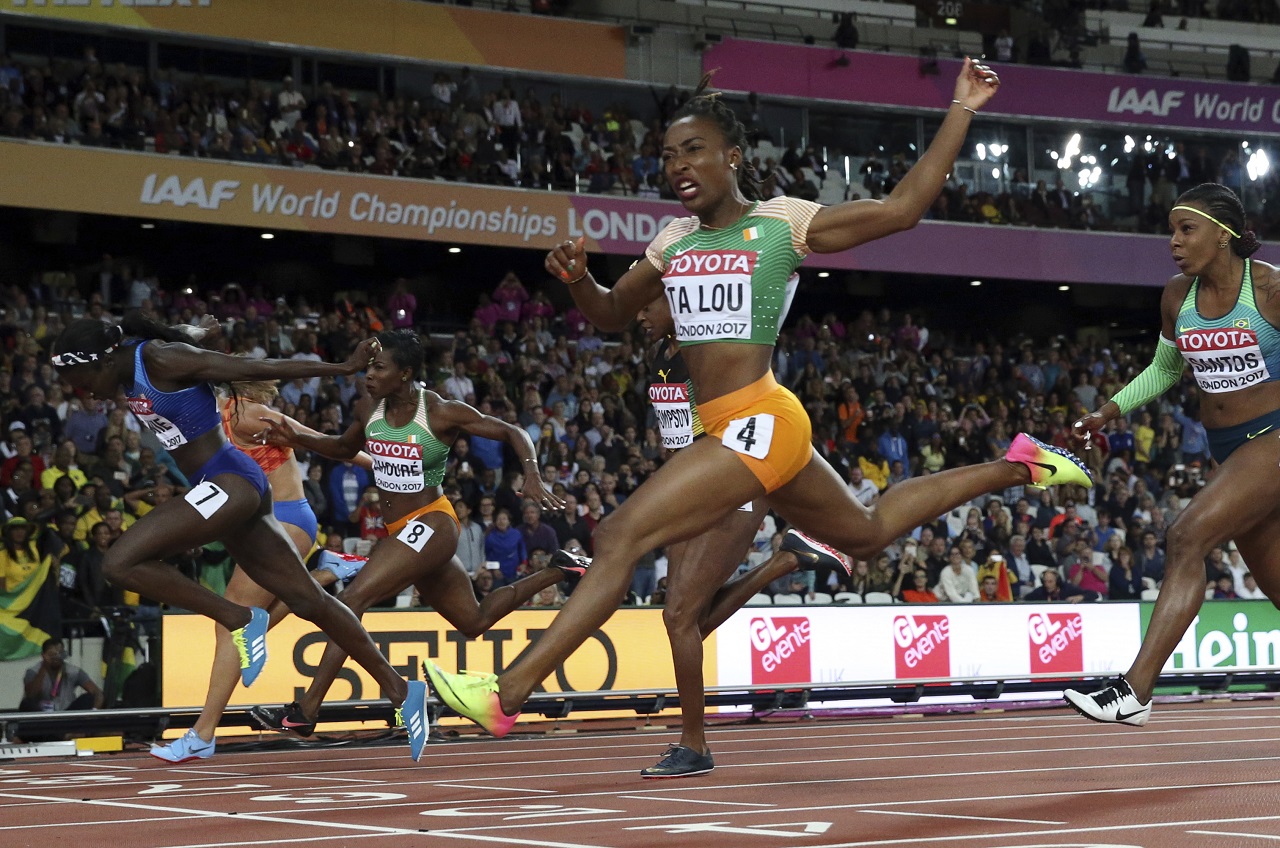 United States' Tori Bowie, left, crosses the line to win the gold in the women's 100-meter final during the World Athletics Championships in London Sunday, Aug. 6, 2017.

Double Olympic sprint champion Elaine Thompson ran her worst race of the season and finished outside of the medals as the big favourite in the women's 100-metre final at the 2017 IAAF World Championships in London on Sunday.

Thompson  was never a factor and finished fifth in 10.98 seconds.

Tori Bowie won race and made it 2-0 for the United States over Jamaica in the battle for sprint supremacy.

Bowie threw her chest forward with a final lunge to nip Marie-Josee Ta Lou of the Ivory Coast to win in a season best 10.85 seconds. She beat Ta Lou by .01 seconds.

Once over the line, she fell on the track without a clue whether she had won gold.

Dafne Schippers – silver medallist two years ago in Beijing - crossed in 10.96 to beat Murielle Ahoure to the bronze.

The 25-year-old Thompson was hoping to become just the third woman to hold the world and Olympic titles simultaneously, but she must now wait two years for another bite at the cherry.

She finished two thousandths of a second behind Ahoure at 10.978 seconds, well below her season's best of 10.71 seconds.

Thompson said she stumbled soon after getting out of her drive phase.