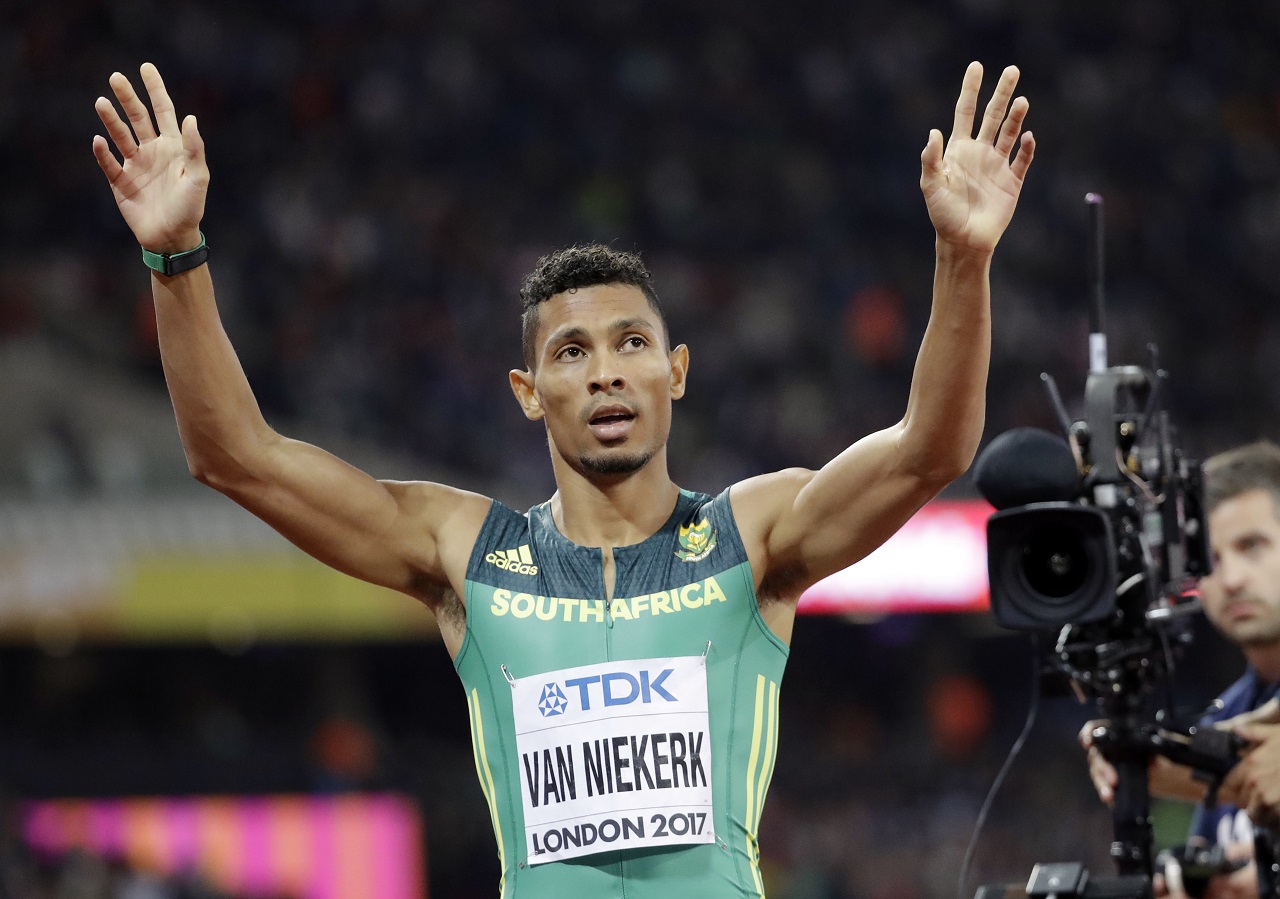 The Jamaican pair of Nathon Allen and Demish Gaye finished down the track as Wayde van Niekerk successfully defended his World Championships title in the 400 metres in London on Tuesday, adding to his Olympic gold and world record.

The South African paced his race perfectly and even eased up at the end to cross in 43.98 seconds.

Silver medalist Steven Gardiner of the Bahamas was .43 seconds behind and Abdalelah Haroun of Qatar finished in 44.48 for bronze.

Allen, the national champion of Jamaica, clocked 44.88 for fifth place, while Gaye was behind in sixth place in 45.04.

Van Niekerk started strongly from lane six, the lane outside him empty in the absence of Botswana’s Isaac Makwala, who was withdrawn by an IAAF medical delegate, and he had taken control of the race by the time the field rounded the final bend.

The tall figure in the pale blue shirt, 21-year-old Gardiner, led the challenge inside him, with Allen, who had run a personal best of 44.19 to become the second fastest qualifier, slightly behind him.

The Jamaican began to fade in the final straight, however, and it seemed as if Botswana might earn a medal through their 20-year-old talent Baboloki Thebe.

However, Haroun’s final charge moved the 20-year-old through from sixth to third over the final 30 metres.