First female president of HRMAJ, Lois Walters giving her first speech as president during the final day of the HR&Leadership Conference on November 15.

For the first in its almost 40-year history, the Human Resource Management Association of Jamaica (HRMAJ) has appointed a female as president of the association.

Lois Walters, the Principal Director for HR Policy and Information at the Ministry of Finance and Public Service was announced as the new president by outgoing president, Karl Williams, last Friday on the final day of the association’s 39th annual HR & Leadership conference held at the Knutsford Court Hotel.

Williams, in making the announcement, noted that HRMAJ is keen on succession planning and has shattered the glass ceiling with this appointment.

“The succession process is a very important part of leadership, as well as planning for the future and the continuity of your organisation, and as HR professionals it is certainly a core part of what we do”, Williams said. 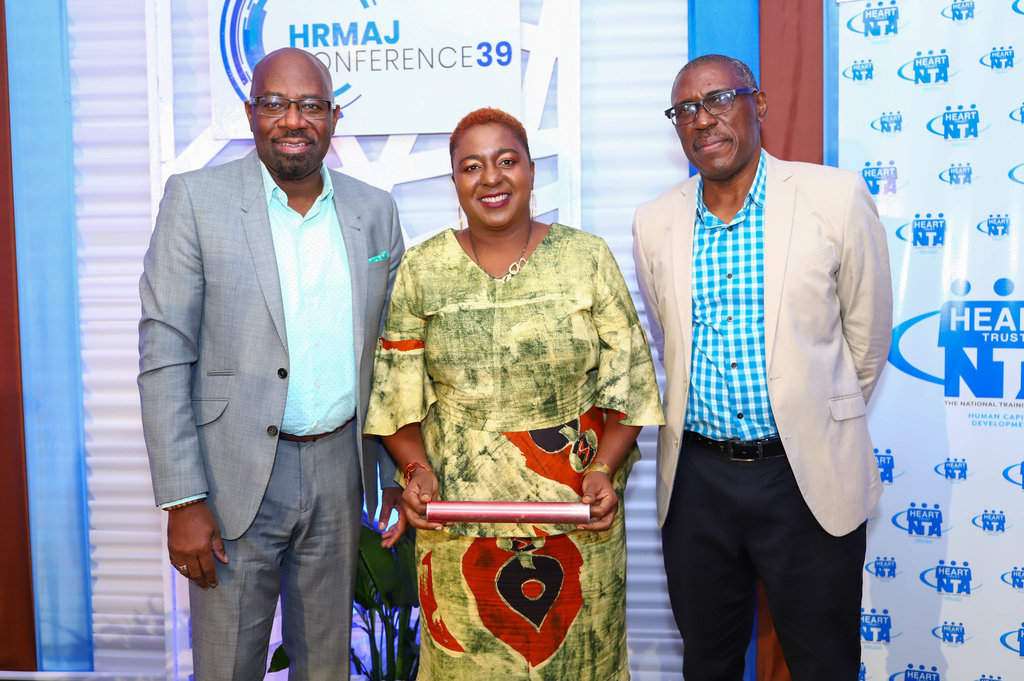 Walters, who is a veteran in the HR profession for almost 25 years, in accepting her appointment as president gave her full commitment to furthering the growth and development of the HR profession, while advancing the HR agenda through the mandate of HRMAJ, which is to “remain relevant and engage our membership, as we operate a vibrant and proactive organization, that not only drives policy development, but also provides value-added services to our members, partners, associates and wider community, which leads to greater organizational growth and the development of human capital.”

Having been an active member and Board Director of HRMAJ for over six years, Walters’ ascent to the presidency of the association, came on the heels of her serving as Vice President with direct responsibility for membership.

“I am extremely proud to be a part of HRMAJ, having served the association for many, many years, in numerous capacities…it has truly been a remarkable journey and a great privilege to serve; and today (Friday November 15) marks one of the highlights of my 24-year HR professional journey as I take the lead as President of HRMAJ”, Walters said.

The conference, which was held under the theme, “Smart Organization…Optimizing Value”, featured a number of local and international speakers sharing on the topics – Smart People, Digital Description, Business Essentials, People Analytics, Smart Leadership.